How to Enjoy Japanese Beer! | Guidable

How to Enjoy Japanese Beer!

Most Japanese adults (by Japanese law, people under 20 cannot consume alcohol) enjoy drinking beer, especially after work on hot summer days. They go to “Izakaya” (Japanese pubs) and often order saying “Toriaezu beer (beer to start!)” when they get seated. Once the beer arrives, people start drinking with “Kanpai (Cheers)!”. 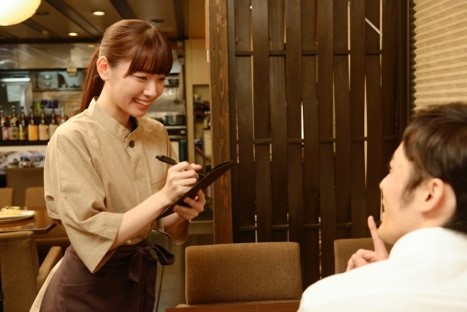 Japanese beer is relatively light compared to ale, and goes down easy as water. It can be matched with Japanese food such as sashimi (raw fish). Japanese people like cold beer. Cold beer is also served in a very cold beer mug from the freezer. 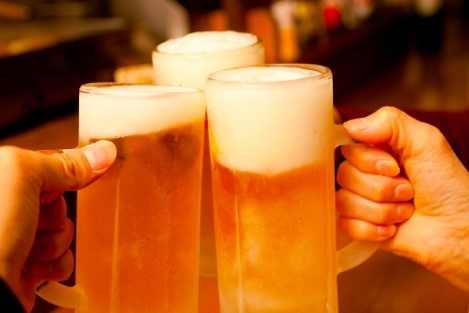 Although it is often said that “you get fat when you drink beer”, the snacks and/or food eaten with beer are usually what actually causes most of the weight gain. If you stop eating snacks with high calories and make it green soybeans or soy-based foods, you will be fine. If you try to drink the proper amount without drinking too much, you can maintain your health (Having fun and staying healthy). One large bottle (633 ml) of beer is somewhere around 230-250 kcal, which is about the same as a decent serving of rice. Moreover beer, made from barley, contains a lot of B vitamins, which have the function of decomposing fats. 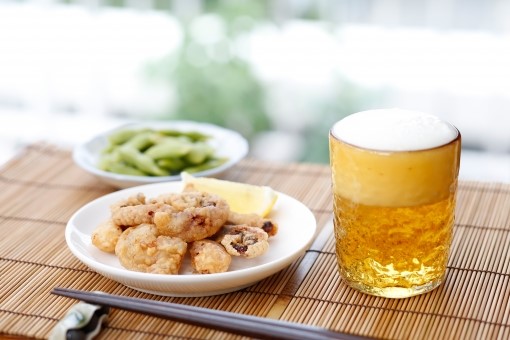 It is very important to have some Otsumami with beer, which both makes the beer taste better, and also serves to slow the metabolizing of the alcohol. Taking Otsumami is considered a healthy way to drink. Edamame (Green soybeans) are typical Otsumami, and are rich in nutrients such as vitamins, calcium, dietary fiber, vitamin B1 and methionine, which promotes the decomposition of alcohol and reduces the burden on the liver. There is as much Vitamin C in edamame as in mandarin oranges. Vitamin C has the effect of preventing drunkenness and hangovers. 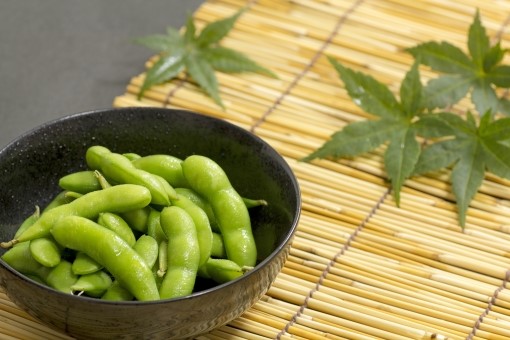 Tofu, natto dishes, etc. made from the same soybeans as edamame are also recommended for Otsumami. 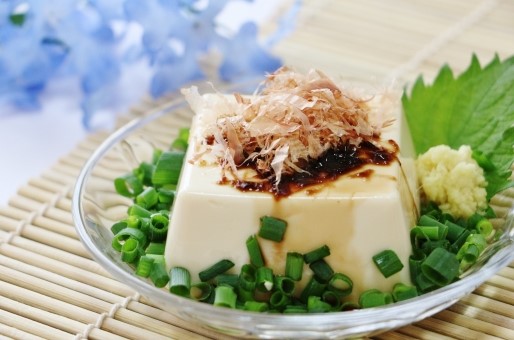 The kind of Otsumami (appetizers, snacks) served with beer are different in each country. In England and Australia peanuts and potato chips, tapas in Spain, crackers in the United States, foods to eat with beer vary a lot. However, Japanese Otsumami are one of the Japanese foods that tend to contain vegetables (like soybeans) and seafood, which are relatively healthier than the snacks in other countries. 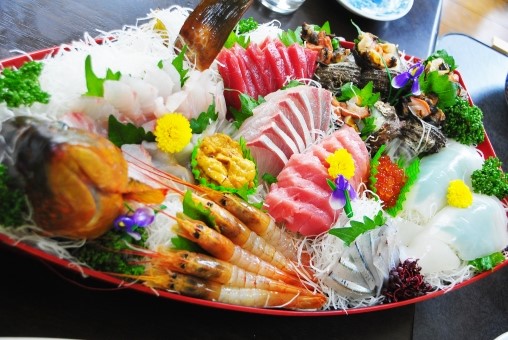 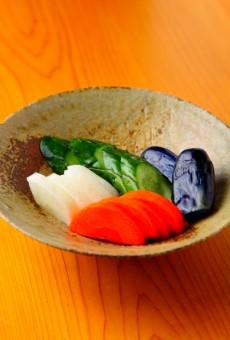 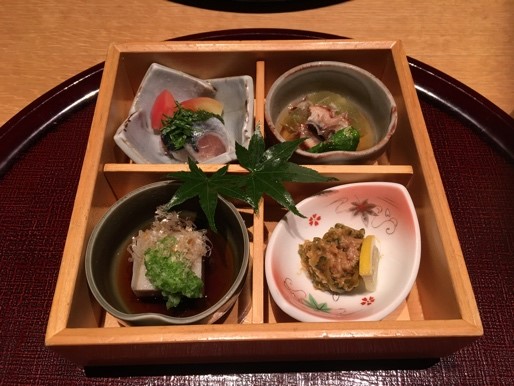 Sapporo in Hokkaido is a city famous for beer, and is home to the Sapporo Beer Museum.

9 Kirin breweries have plant tours with complementary tasting. Kirin Yokohama is the most famous among tourists from oversees, and has English and Chinese audio guides for the plant tour.

Asahi has 8 breweries in Japan that also have plant tours and free tasting. There are English, Chinese and Korean websites and people can make reservations for audio guided tours over the phone. 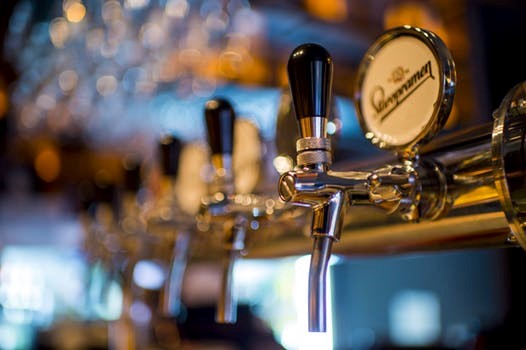 In recent years, Japanese “craft beer” has been increasing in popularity. Craft beer can basically be equated to “local beer”. Strictly speaking they are different, but the category of beer made at small breweries is the same. In Japan, the liquor tax law was revised in 1994, and standards for the minimum production volume of beer have been lowered from 2000 kiloliters per year to 60 kiloliters per year, making it possible for small and medium-sized manufacturers across the country to make beer. The next year, 1995, was called “the first year of the beer brewery”, and a local beer boom arose in Japan.

Although the boom receded, the fact that the surviving breweries have been very particular with their quality and aim for the most delicious beer is said to have led to the current craft beer boom. 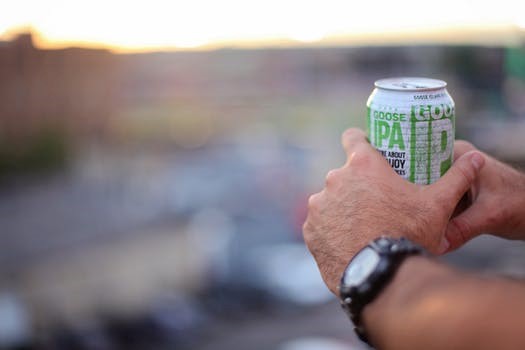 Now that summer is ending and we are moving toward October (harvest season), there may be some events to enjoy various types of beer along with Japanese food. Very soon there will be a number of Matsuri (festivals) to participate in this autumn. Take a load off and enjoy the art that is Japanese beer!