Sumimasen, and Other Polite Japanese | Guidable

Sumimasen, and Other Polite Japanese

Japanese people have a worldwide reputation for being incredibly kind and polite. Being polite is not always easy. It usually requires a little extra work and a little extra effort, but once you build up the habit, it isn’t easy to break. 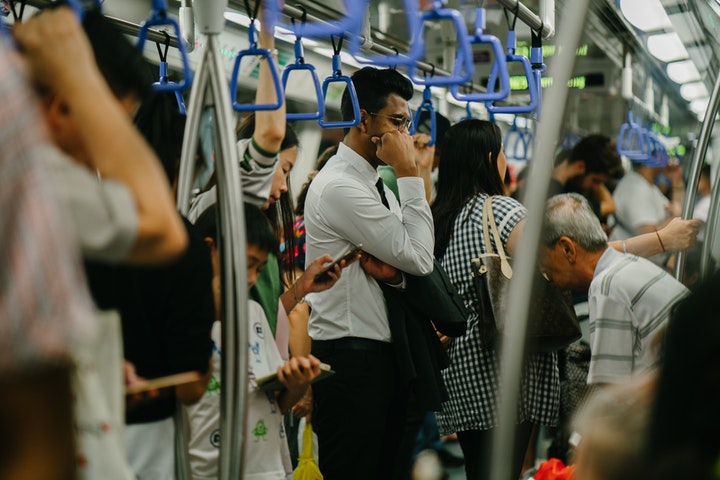 Japanese culture also focuses a lot on harmony or wa, with an emphasis on agreement and consensus among people. So, naturally, over time, Japanese people have solidified many polite or teinei phrases that most people use every day, especially if you live in a large city or busy suburb. And in a genuinely efficient fashion, most of these phrases have very broad meanings beyond the necessities of your daily interactions.

Below is a list of a few phrases that could be considered the most important and the most useful.

Sumimasen is one of the most useful words in the entire Japanese language. It is quite versatile and can be used (and often is) in almost every situation. Its most basic translation is “excuse me”. If you are trying to squeeze through a crowd or past a dozen people to get off of the train before the doors close, a quick, emphatic “sumimasen” will let everyone know to make space for you.

It is essentially asking those nearby for some attention or consideration. Unsimilar to America where the waiter or server is expected to walk around and check on everyone regularly in the restaurant, in Japan, you are often left alone for privacy or just staffing reasons. So if you need something, it is perfectly normal and acceptable to yell “SUMIMASEN!” at least just loud enough so that they can hear you back in the kitchen.

Also, like similar Western equivalents such as “excuse me” in English, “perdoname” in Spanish, or “mi scuzi” in Italian, it is also used as a small polite apology. If you bump into someone or drop something (like your phone), it also functions as an interjection like “my bad”. But if you do something that warrants a larger, more formal apology, “I am sorry” is a different phrase in Japanese. So whether you are trying to squeeze thru, beg someone’s pardon, or get somebody’s attention, if you only retain one phrase from this article it should be this one.

This is another great everyday phrase that is very often used opposite sumimasen. Daijoubu is used to mean “I am alright”, “it is okay”, or even “there is no problem”. If someone else bumps into you on the train or in a crowd, you can respond to their “sumimasen” with a “daijoubu” to let them know that you are okay and that you are not upset or angry. In this case, it is kind of like saying “do not worry about it”.

If someone is very concerned about you or your well-being they may even use that word directly with “daijoubu desu ka?” (Are you alright?). In that case you can just say it back to them to assure them everything is okay.

Daijoubu can also be used as a polite refusal (one that I myself use most days). If you are offered something or asked if you would like anything, then you can say this to mean essentially “no, thank you”. I throw this out anytime that a store clerk offers me a receipt or an extra plastic bag so that they know I am alright without those things. Japanese people are also very helpful. If you are a foreigner living in Japan like me, you may encounter (or have already encountered) a situation where you stare at your phone a little bit too long in public or touristy place and someone comes over and asks you if you are lost. I have used “daijoubu” to let friendly locals know that I do not need any directions, or even a few times to say that I actually live nearby. That one always surprises them.

Saying goodbye in Japan can be a little bit tricky. There are a number of different phrases that are used for different levels of formality and different lengths of time. It is not quite like English or some other Western languages where “goodbye” can be used as a one size fits all appropriate farewell. It may sound a little formal among friends but nobody is likely to question it. The common knowledge word for goodbye in Japanese is “sayounara“. I learned this in elementary school in Oklahoma (for some reason). But I very rarely hear this phrase used by native speakers in the many varied departures that I witness every day. Whenever I ask a Japanese person about this word (at least in Tokyo), they tell me that “sayounara” is more often used when you will not see someone for a very long time, like they are moving away or going on vacation. It is a bigger, weightier goodbye, and it can sound a little strange when said to people that you see every day. And, honestly, half of the time I say goodbye in Japan I just say “thank you” instead, especially to store clerks or colleagues. For a more casual and friendly setting, there are a few phrases that you will hear. You have “jaa mata“, “mata ne“, or even just “jaa“. These are all variations on the basic idea of “see you later” (i.e. “well, later”, “see you”, “later”, etc.) implying that you will see the person again fairly soon. If you are not all that confident in the language and want an easy way to sound cool and casual, then these are for you. 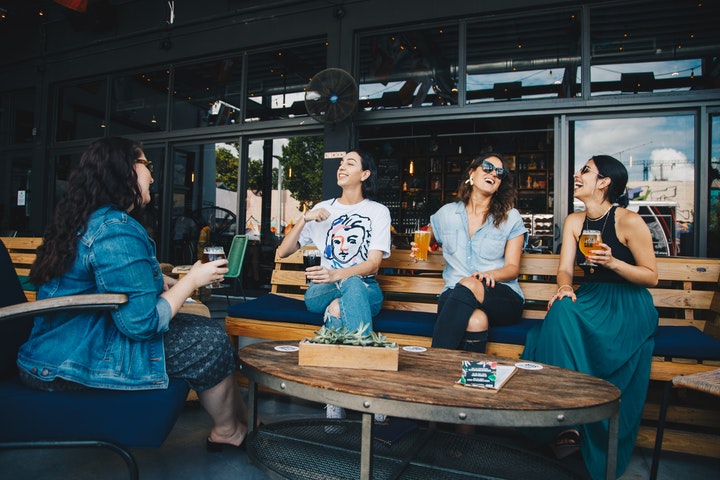 This saying does not have the wide application that most of the other phrases do because it actually requires time to have passed in order for it to make sense, but it is still a fun and polite phrase to use. “Hisashiburi” is the Japanese equivalent of the (grammatically frustrating) common English saying “long time, no see”. If you want to use a more polite and formal version you can go with the full sentence “Ohisashiburi desu ne“. This would probably translate a little more like “It has been a long time, hasn’t it?” (Adding “o” to the beginning of certain Japanese phrases makes them less casual and more formal i.e. “ogenki de” [below]). Just like with the English version, the amount of time needed between seeing, talking to, or even e-mailing a person before this becomes applicable varies. So use your normal judgment. My personal span of time is anything more than 2 weeks. However, if you see someone every day, at the office for example, then if they take 3 or 4 days off of work (rare in Japan) then it would not be strange to say this upon their return.

This is another phrase that can used in the potentially awkward goodbye situation. “Ogenki de” means “stay healthy” in Japanese. For another more common English equivalent, it could even be more loosely translated as “take care”, as in “take care of yourself”. The word “Genki” means healthy, but it is also used to mean lively, full of energy, or excited. I have not personally used this phrase as much as the others since I learned it last and tend to say other things in its place, but I have definitely had it said to me even before realizing what it meant. There is a very similar sounding phrase that is a question used in greetings: “Ogenki desu ka?” which is “How are you?” or “Are you well/good/healthy?” To this, the other person would normally respond “Hai, genki desu” as in “Yes, I am good”. Try not to get your greetings and farewells confused. It might be a little awkward if you were walking out the door waving goodbye and asked everyone how they were doing. I may have done this myself shortly after arriving in Japan. Fortunately, everyone just thought it was funny.

If you would like to (or do) work in Japan and you want to look good and thrive in a professional setting, then this phrase is an absolute must-learn requirement. This is a phrase that is a step above the basic tourist survival Japanese and will make you look more polite and more professional. “Yoroshiku onegaishimasu” is commonly translated as “nice to meet you”. It does work in this context so feel free to use it as such and often, although that is not the literal meaning of the words. “Yoroshiku onegaishimasu” literally means “please take care of me”. This is another phrase that is embedded in Japanese culture and is appropriate in almost any situation. It is quite valuable because it has the meaning of both “please” and “thank you” at the same time. It is like saying “please treat me well and thank you in advance for the effort of doing so”. I cannot think of a similar phrase in English that is nearly as short and captures the full breadth of meaning as this one. I am constantly working with a lot of different people in Japan, and I find that I use “yoroshiku onegaishimasu” any time that I am meeting new colleagues for the first time. If you really want to be extra polite you can even throw it in at the beginning of each workday. If you want to get good at matching Japanese level politeness and putting your best foot forward in professional relationships, then you should definitely master this phrase. 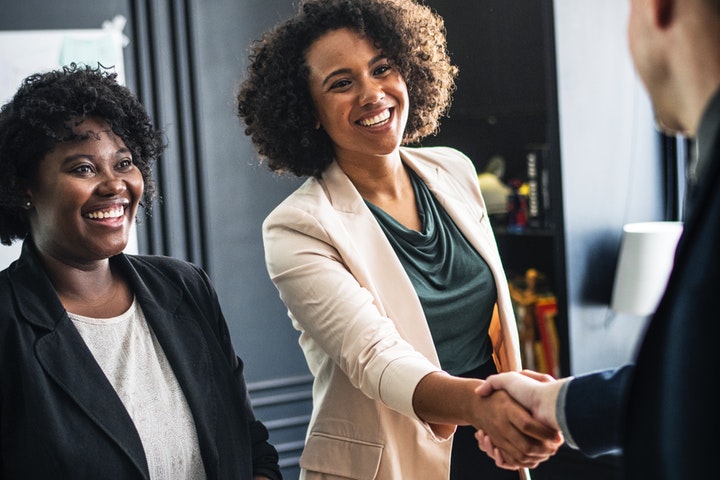 Do you think you use sumimasen enough? Which of these helpful polite Japanese words and phrases will you use from now on? Are there any other Japanese phrases that you use every day that should be added to this list? Feel free to comment below and let us know what they are. And do not forget, if you are ever unsure if you are using a particular phrase correctly or if it makes sense in a certain context, do what I do. Ask a native Japanese speaker. They will always tell you if it does not sound right or if there is a better phrase to use. So good luck and let us all take care of each other. Arigatou gozaimasu.