Typhoon Season Japan 2020. What to Do When a Typhoon Approaches. | Guidable

Typhoon Season Japan 2020. What to Do When a Typhoon Approaches.

Typhoon Season Japan 2020. What to Do When a Typhoon Approaches

Japan is considered as a peaceful country, and to many, a comfortable place to live. However, as developed as Japan is, it is a country with frequent threats of natural disasters.

Japan’s typhoon season is late summer and early autumn. If you’re here between August and October, you’re likely to experience at least one “tropical cyclone.” Smaller typhoons can pass through central Tokyo without causing severe damage. 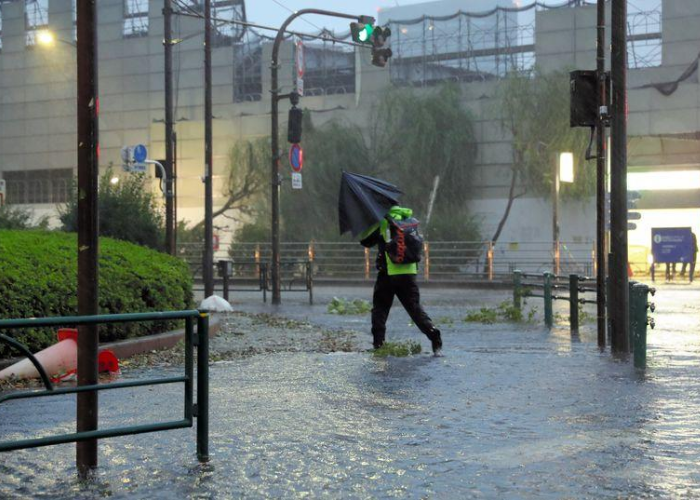 In mountainous and coastal areas, the resident usually faces much more significant threats. However, every typhoon should be taken very seriously — especially those classified as super typhoons. Nervous in the metropolis and you don’t know what you’re supposed to do when a typhoon hits? Below, you’re going to find some tips.

1. Keep an Eye on Social Media & Weather Forecast For Updates

A very important thing you must bear in mind is that there are times typhoon occurs unpredictably.
If you’re spending the summer season in Japan, try to check the weather forecast every day to see if there is an approaching storm. Keep your information updated is vital in Japan since the country itself well-known with threads of natural disasters 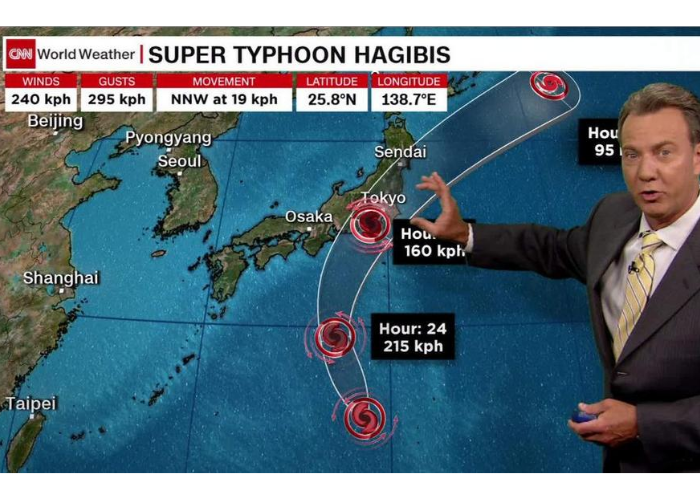 Japanese weather forecast announces the typhoon information with a map of 1-week projected course either on TV, mobile apps, or on the internet so people can be aware of a typhoon 1 week beforehand. However, sometimes the typhoon changes its path suddenly and at the worst, there might be several typhoons at once in your area.

The Japan Safe Travel site of the Japan National Tourism Organization is an excellent place to start measuring the severity of the situation. This site provides general information on what to do, plus a long list of links and hotline numbers that provide help and information in the event of an emergency.

Otherwise, The Japan Times has a special disaster news page, which can also be useful for bookmarks.
It’s becoming a live blog in the event of typhoons or other disasters in Japan.

Look out for emergency notifications — you’ll find out whether special precautions or actions need to be taken. If you don’t speak Japanese, you can read NHK World News, which provides official information in English.

2. What if a Typhoon Reaches the Place You Live?

Even when a typhoon is coming toward Japan, people in places that the typhoon does not directly move pass won’t have any problems. But what if the typhoon is hitting the place where you live? 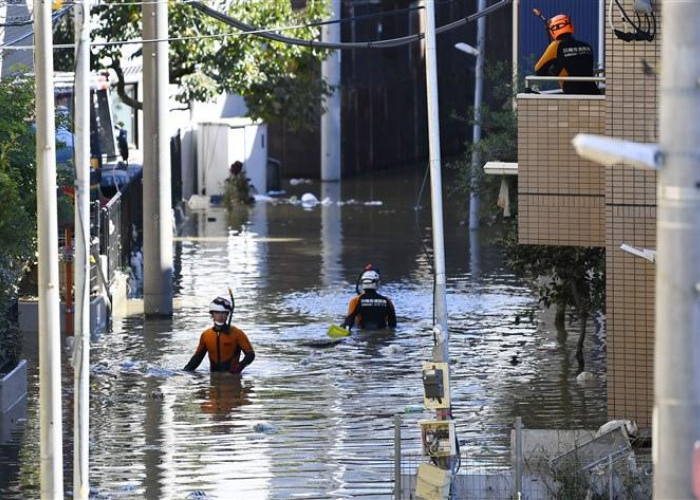 If you notice a typhoon is moving toward the place you live or close to your residing area, please bear in mind the following instructions in preparation for typhoons.

1. Where to Find Transportation Updates

Don’t underestimate the power of typhoon since it can cause delay or stop transportation.

If you are worried that your flight may be cancelled, please check the Haneda and Narita Airport sites for official updates. 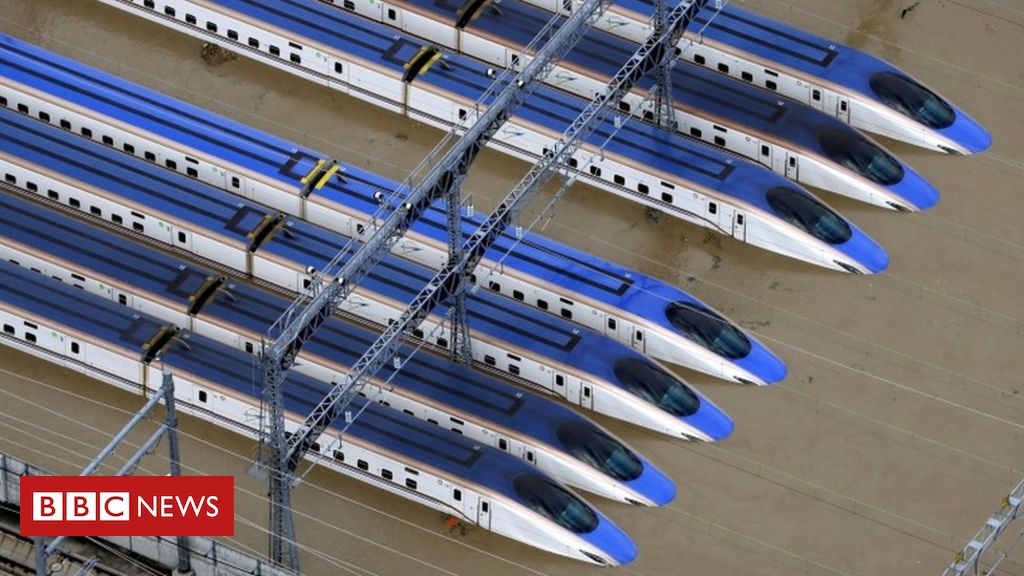 On the other hand, JR East site will tell you if your Shinkansen (Bullet Train) is still running on schedule or not.

For local trains that are part of the JR network, such as the Yamanote Line, please also check the JR East link above. For the underground, most of the lines are under the Metro network. Still, some are privately owned, such as Keio, Keikyu (connects to Haneda), Keisei (connects to Narita), Odakyu, Tokyu, Tobu and Seibu Lines. These sites will provide brief essential information in English.

It’s advisable to close all doors and windows tightly before a typhoon (to avoid them blowing out or being otherwise damaged). If you have shutters, they should be closed.

If you have a home garden or furniture on your balcony at your home, try to put them inside or move them to the inside corner of the balcony, closest to your home. The strong wind and heavy rain can easily topple over or, worst-case scenario, blow away your flower pots. Furniture may fall down and hit someone on the street or even be blown backward to hit the windows of your house.

Bicycles should be secured or brought inside. Motorbikes also need to be secured, as they may blow over. Got a car? Don’t park it under a tree.

3. Don’t Use the Elevator

If the typhoon is hitting your area directly, it’s wise not to use elevators. No one should be allowed to use the elevators during the storm. Not only can leaks cause entrapment due to disabled cars, but electrical storms can also pose an additional threat. Structural damage could occur in the case of tornadoes and hurricanes. For those who think Tokyo city is pretty safe and there is no need to worry about typhoons, we advise staying on the cautious side.

4. Stay Indoor During the Storm

Typhoons are being taken very seriously in Japan. As with any extreme weather, during a typhoon, you should always stay indoors safely until it has passed. People do get hurt and sometimes even killed, although the risk of this is not still very high for smaller storms in Tokyo Central. 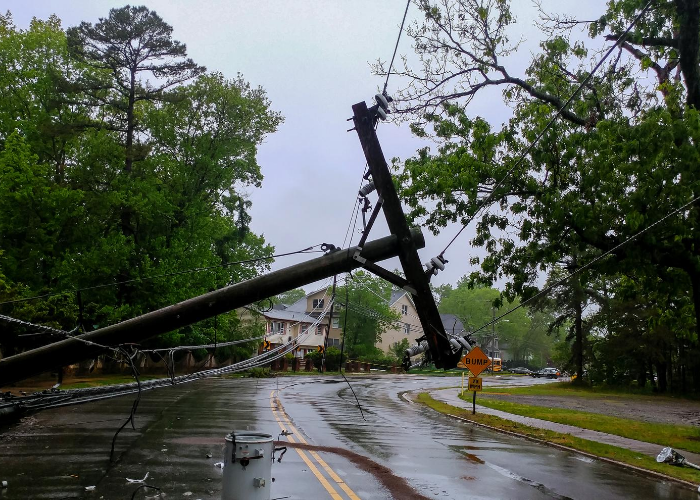 Caution: Be sure to check the weather advices and check out if anyone else is outside before you leave. Use common sense at all times, and if you are in doubt, stay indoors. No matter where you are, avoid building sites, as scaffolding can be caught by high winds and cause severe and even fatal injuries. Also, avoid rivers or other areas where there is a risk of flooding.

Let’s Get Through the Typhoon Season of 2020 Together!

No one likes typhoons but let’s face it with caution. Waiting patiently at your home until the typhoon passes then you can have sunny, clear weather the day after it!

Japanese people always feel relieved to have a clear sky and to recognize that the typhoon is finally over. Please watch out for the typhoon reaching toward Japan this week and take care.
Be safe!