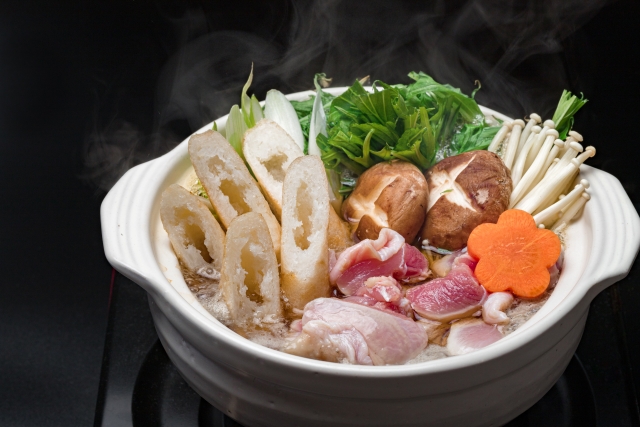 Northern Japan, particularly Hokkaido and the prefectures located in the Tohoku region, become frigidly cold during the winter months. Aomori, the prefecture at the very top of Japan’s main island Honshu, has an average annual snowfall of 263.4 inches (669 cm).

The Birthplace of Kiritampo Nabe 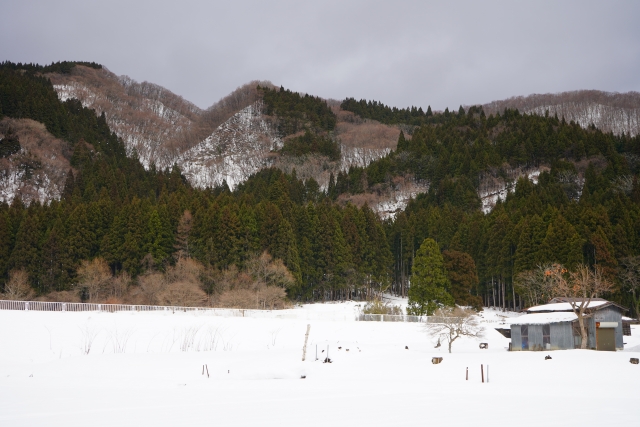 However, this also brings a sense of warmth and community, and when the scenery turns into a winter wonderland with an average temperature hovering around freezing, locals turn to one of Akita’s most famous cuisines – kiritampo nabe. 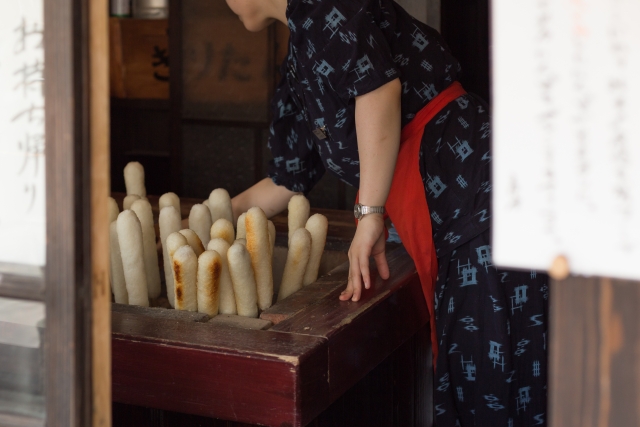 Kiritampo refers to the stick of rice, where cooked rice has been molded onto the sticks until it resembles cattail reeds. The sticksare then gently toasted until they get a nice golden-brown color on the surface.

For a truly traditional experience, you may see these rice sticks being roasted around sunken hearth. In the middle, a pot of nabe warms in an iron pot hanging from the roof over the embers. Putting the sticks of rice into the hotpot is what makes it kiritampo nabe.

The Beginning of Kiritampo Nabe

There are two theories as to where the “tampo” in “kiritampo” came from. The first is its resemblance to “tanbo,” cylindrical hot-water holders brought over from ancient China that were used to warm hips and feet. The second is the word “tanho” that refers to rounded items. 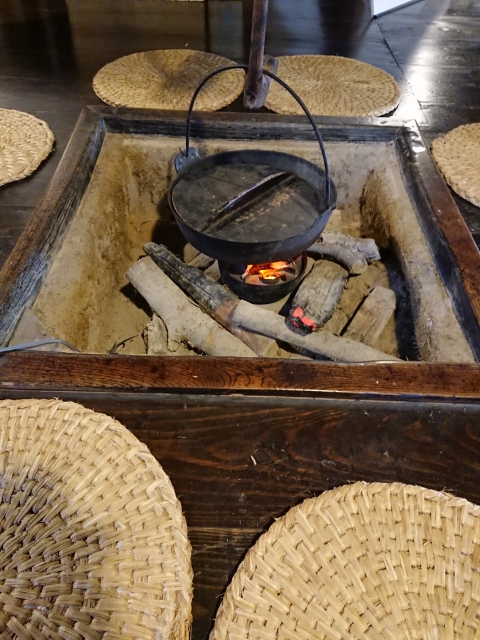 It is widely believed that kiritampo originated in the Hinai area (around what is now Odate City and Kazuno City). Farmers secluded in the mountains to carry out tasks such as charcoal-making and hunting would use the rice sticks as an offering to the Gods, and it is said that it became a food dish when they started eating it with miso paste and sticking it into nabe hot pots. When farmers from long ago would finish all their autumn agricultural work in the fields, they would head into the mountains with rice, miso, and chicken so they could hole up to do the other tasks mentioned earlier. They would make use of their leftover rice by rolling it up and wrapping it around the sticks and putting it into their chicken nabe.

No matter what the exact origin of this dish is, it is definitely related to the long-standing custom of families getting together to celebrate finishing a harvest.

Kiritampo nabe is well-known throughout Japan, and what better time to enjoy a steaming bowl of hearty soup filled with chicken, rice, and vegetables than wintertime?

Want to Try Kiritampo Nabe for Yourself?

If you have time to make it up to the Tohoku region, especially Akita (be careful, it is COLD up there!), you should surely put kiritampo nabe on your itinerary! Below are a couple of our recommendations in Akita Prefecture:

*Fun fact: Odate is also said to be the home of Akita Inu!

If you can’t make it all the way up to the birthplace of Akita, you can check out these specialty Akita cuisine locations in Tokyo instead! 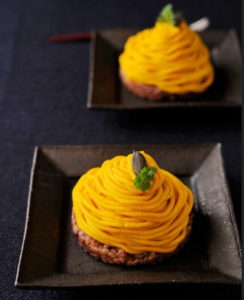 5 Delicious Sweets You Must Try during Autumn in Japan
Sep 15, 2017 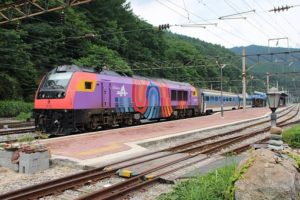 5 Interesting Facts You Should Know Before Coming To Japan
Dec 04, 2017 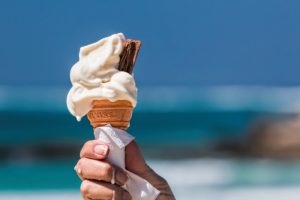 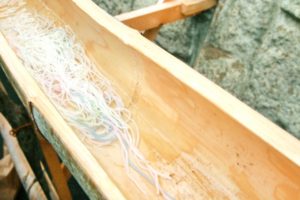 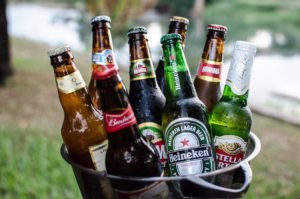