Frozen Ramen; Ramen with the Latest and Easiest Style | Guidable

Frozen Ramen; Ramen with the Latest and Easiest Style

Have You Ever Heard of Kinrei Frozen Ramen?

You know Japanese frozen foods combine utility and deliciousness and are also liked by non-Japanese residents/visitors. Whenever you stop by supermarket, you must be able to lots of variations of frozen foods from ingredients to entrees and desserts. Especially Kinrei’s frozen ramen is getting more and more popular among non-Japanese people these days because of its super easy step. These are some features of Kinrei’s frozen ramen. 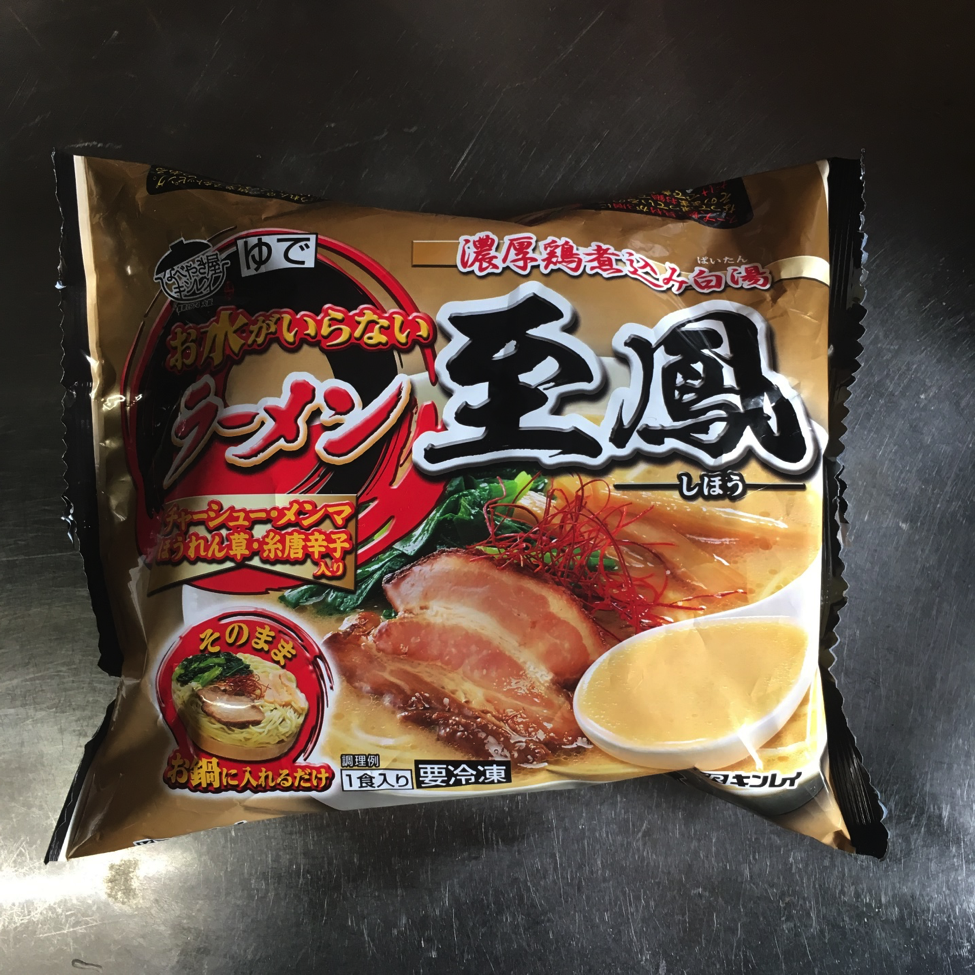 The Secret of Kinrei Ramen

Even frozen noodles like ramen, udon, etc. are introducing from several companies, Kinrei’s is totally different from others. Its greatest feature is soup; frozen and set under the noodle. It usually has concentrated soup as liquid, but Kinrei’s soup are frozen and straight. It might be quite difficult to see because it is still wrapped by film, but you can find the frozen soup in the photo below. That is why it is called “the ramen with no water”. 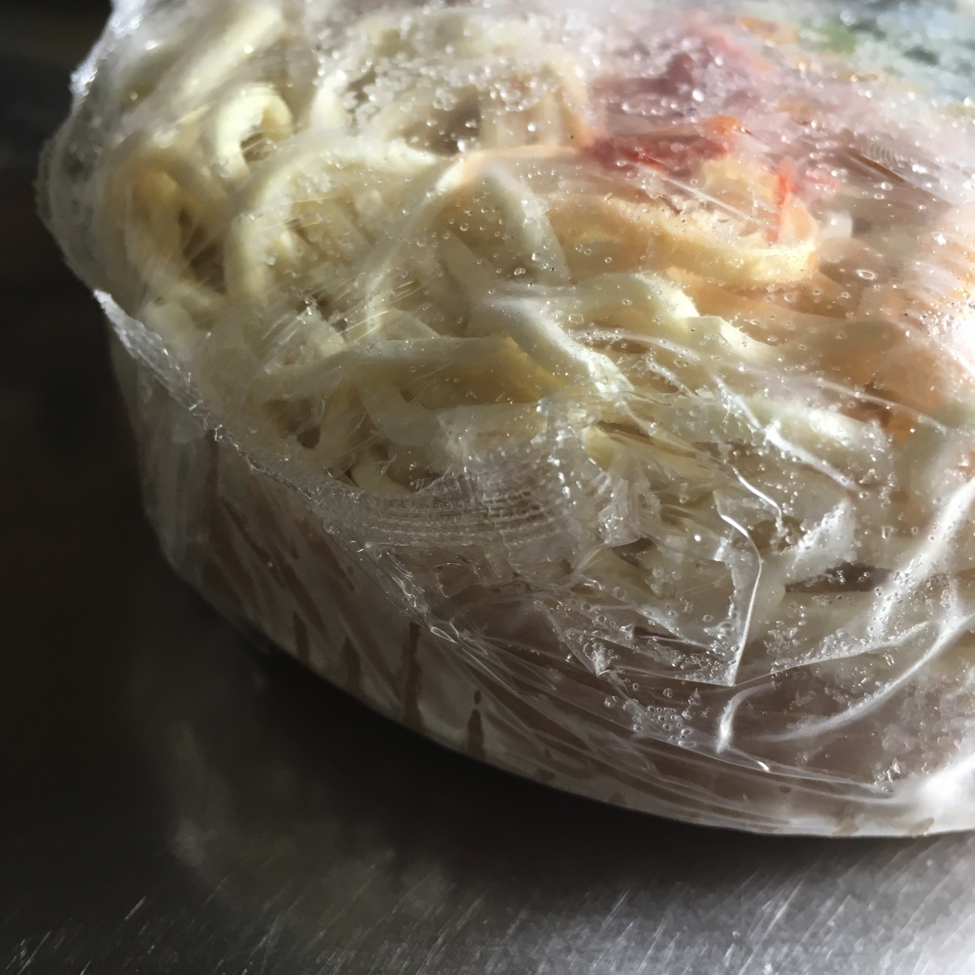 Just Heat It on the Stove. That’s It.

Kinrei’s ramen is completed cooking with super easy step. Because all ingredients are frozen together, only you need is a pan and a bowl. Remove film and put ramen into the pan (toppings side up) and heat it on the stove. At first, simmer on a low heat until soup starts melting, then turn heat higher and simmer more until boiled. You don’t have to boiled noodle in other bowl, or you don’t have to add more hot water to dilute soup neither. There are no problems though you don’t know which toppings go well with ramen, or you have never tried cooking Japanese dishes. Don’t be afraid of fail. 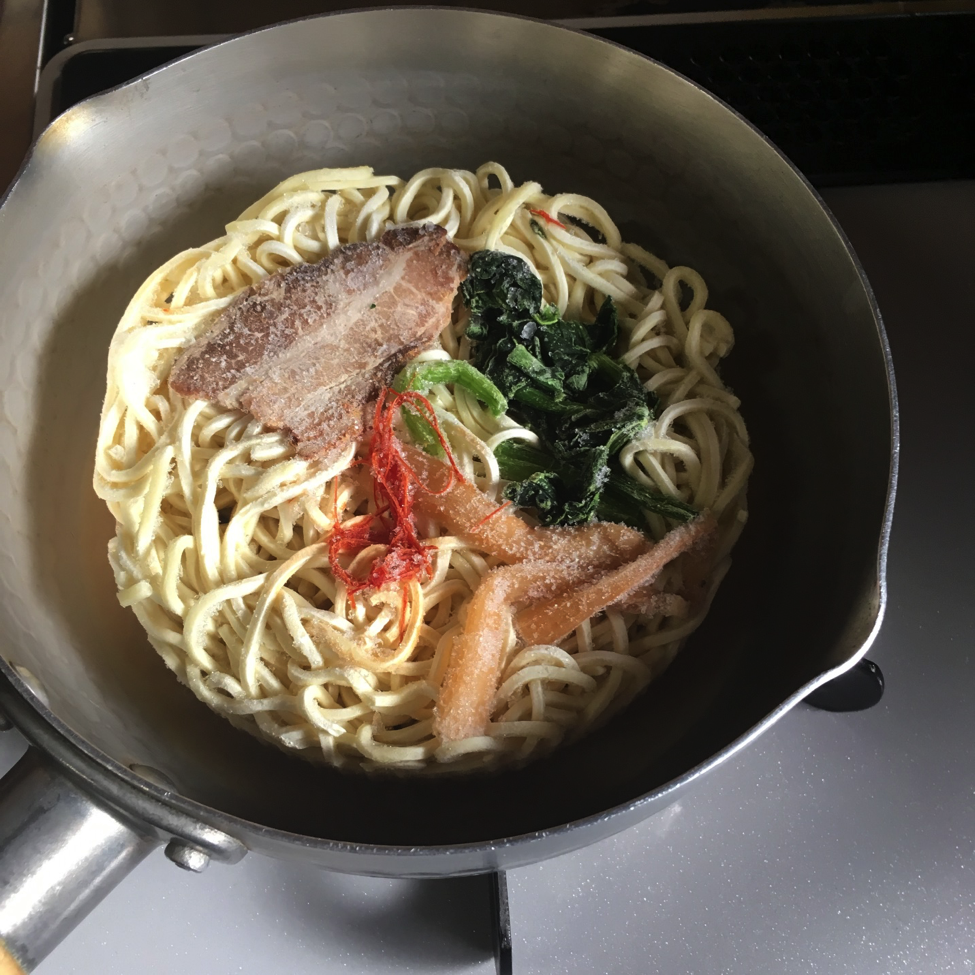 It Takes 8 Minutes to Ready to Eat

According to the direction, it takes about 8 minutes to be completed. It means it is good for when you want to have quick lunch, or meal after drinking alcohol. Because it has several flavors, you may keep some ramen in your freezer. The ramen below is torigara baitan (whitish chicken bone) flavor, which is popular in Kyoto. Because Kinrei is now based on Kyoto, some flavors are Kyoto’s favorite, or collaborated with famous ramen restaurants in Kyoto. Others are shoyu, shrimp miso, Taiwanese, which is Nagoya’s specialty, etc. Moreover, noodle and toppings vary by flavor, and you can taste real flavor at home. These are available at frozen section of any supermarkets, but also available at its official online shop. More info; kinrei-shop.jp/shopbrand/nowater/ (Japanese only). 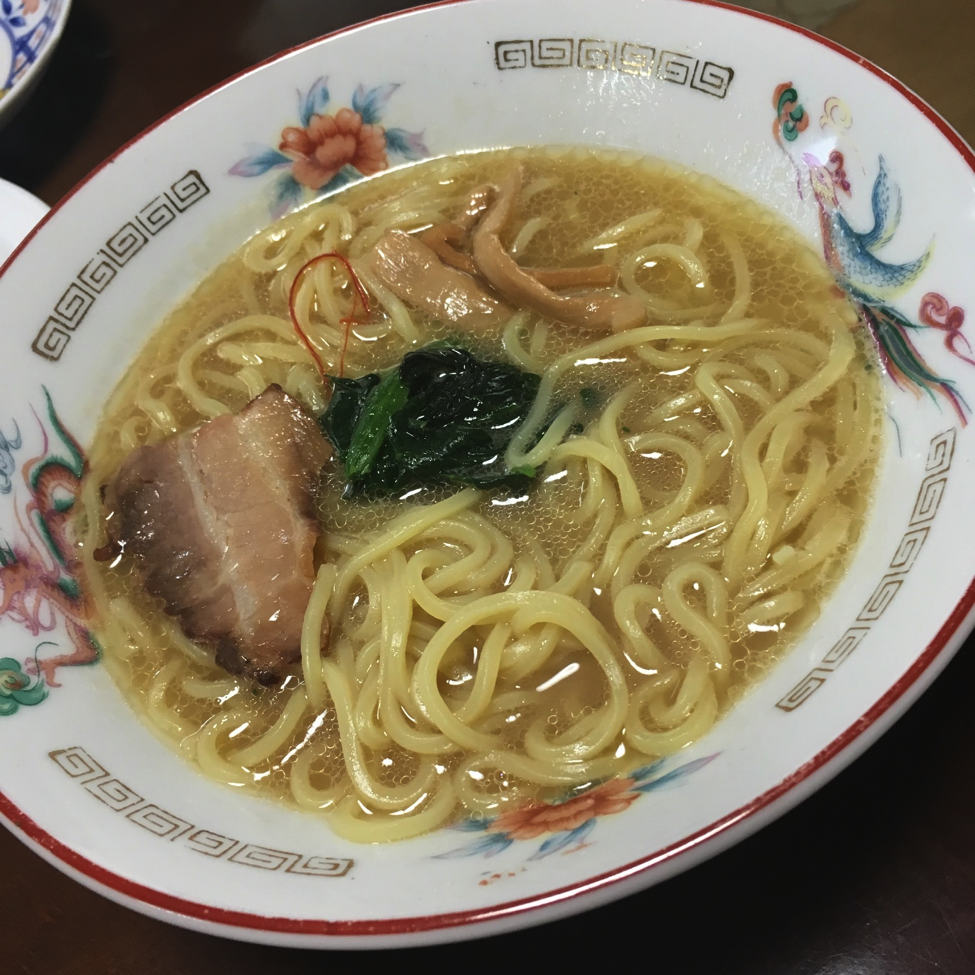