Who’s your team and where can you watch them?

The FIFA World Cup 2018 is finally here after four long years of waiting! It is the most watched sporting event in the world – with over a billion people around the world tuning in! When finding yourself in Japan for the FIFA world cup you will not struggle to find a place showing the games. It may be a small Izakaya on the side of the road with a little televison, or a restaurant with a drop down projector! This article will list some of the most popular and major spots to watch the World Cup, so you can go and enjoy a couple of drinks and cheer on your favourite team alongside fellow fans! 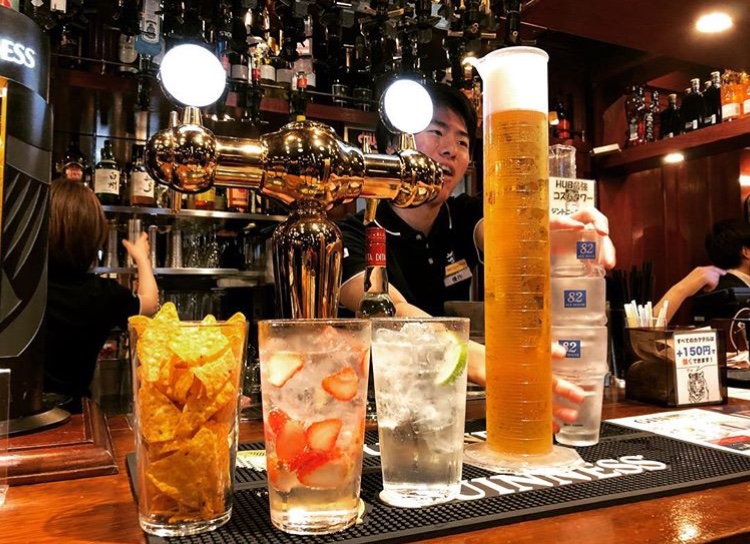 The Hub, is not just located in Shibuya, you’ll see them all over the place, for example in Yoyogi, Shinjuku, Ebisu and Gaimmae. Despite being branded as a British pub, you’ll see all sorts of people inside, from all sorts of different places.

I would strongly recommend The Hub in Shibuya, right next to the Shibuya crossing. If you manage to get there for a Japan game, check out the shibuya crossing afterwards, it is pure carnage!

Beware, if you want to watch the game in peace, without lots of shouting, celebrating, drinking and smoking, then this pub probably isn’t for you. However, the hubs that are dotted around the place are often not as rowdy as the one in Shibuya, obviously depending on the game. If you’re not a fan of cigarette smoke, this place may get a little too much for you after a while.

The Hub offers a fantastic range of food and drink such as fish and chips for 630 Yen, or ‘one coin food’ such as a meat dog for 500 yen. Drinks are also affordable with ½ pint of Kirin costing 390 Yen, and a pint being 720 Yen. Cocktails, wines, spirits and soft drinks are also on offer.

If you are a football fan, this pub is the one for you.

Get down there just in time for the next Samurai Blue goal! 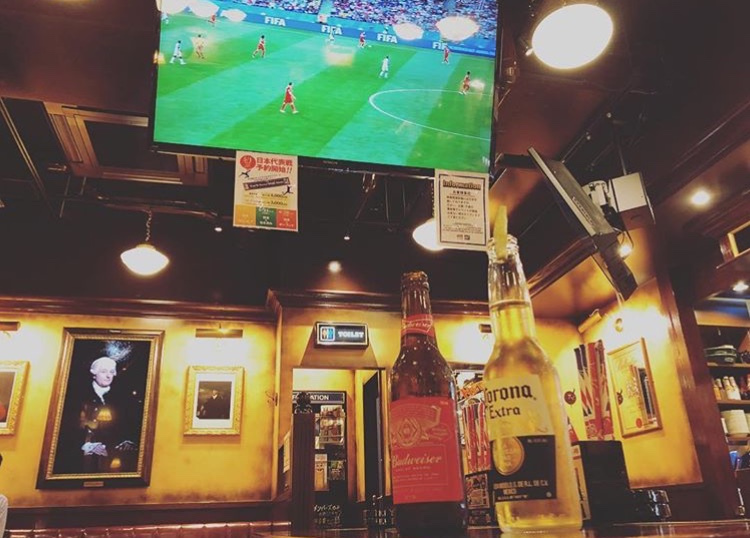 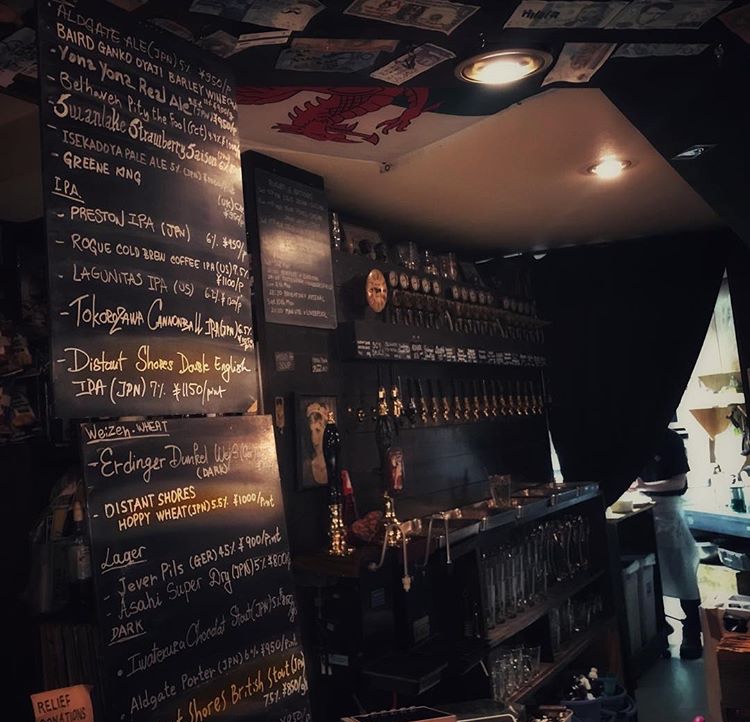 This is a small but cute pub located just around the corner from the Shibuya Crossing. It is on the second floor of the building. Once you are up there the vibes are great. This bar often gets very crowded for the world cup games but perhaps attracts an older crowd than those who frequent the “hub”, and is incredibly civilised despite its crowdedness. The Aldgate offers a range of food such as Bangers and Mash, Beef and Ale Pie, Toad in the Hole and anything else traditionally English such as Marmite crisps. The Aldgate has a fabulous and extensive list of Ales, IPA’s and Lagers on offer. For a true taste of a British pub, get yourself down to the Aldgate to support the England Three Lions…..It’s coming home! 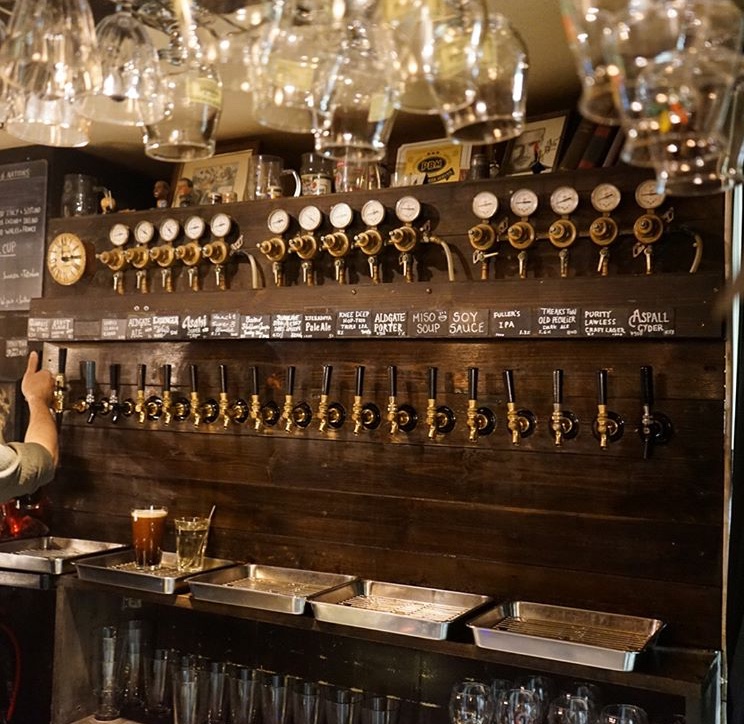 Also located in the heart of Shibuya, this sports café is a great place to watch the world cup, and is one of the few bars that’ll stay open until the early hours of 5am – so it’s a great place to go for the late kick offs! The games are shown on various televisions as well as a large projector, so there is not a bad seat in the house. The food and drink are also very good, with a large selection of Japanese and Western dishes, and litre glasses of beer! 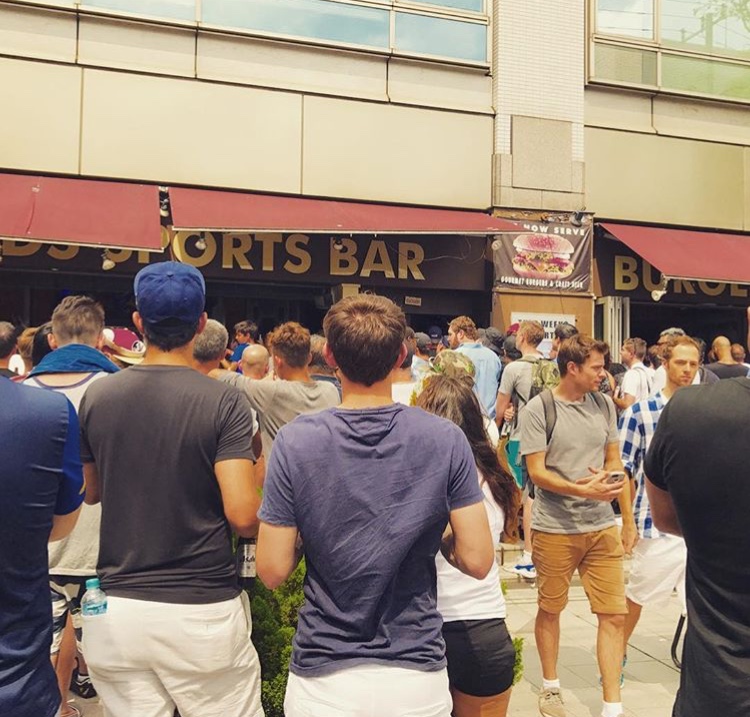 This is another bar that’ll stay open until 5am when the very last game finishes! Set in the heart of the main expat community in Tokyo, Legends sports bar is filled with fans from lots of different nations around the world, and has an international community spirit throughout the place. Legends Bar serves a range of bar snacks like Jalapeno Poppers, Fried Calamari and Chicken wings with larger dishes including a range of pizzas and burgers at modest prices. Craft Beers however are priced at around 1200 Yen, with other drafts such as Japanese beer Sapparo costing 900 Yen. This bar, although having lots of small and large sized televisions around the place, does not have a big projector, so when crowds are large, it may be difficult to catch the goal….. but you certainly wont miss out on the celebrations!

Situated in Nakameguro, this is a trendy sports bar with lovely decor inside and extremely helpful and welcoming staff. It has an extensive menu and is an extremely nice and chilled out area to watch the FIFA World Cup. It is a nice alternative to the other, more well known sports bars out there.

If you’re worried about where you can watch the world cup in Tokyo, don’t be! Despite the time difference there are many bars open to show the games, and I hope this article gives you some helpful suggestions. Even if you choose not to go to any of these bars, I can guarantee that when walking home or out in Tokyo, you will peer into many shops and restaurants to see it being played!