Kimonos and temples are beautiful to look at, but one must not forget that Japan is not just a country of great history and culture, but also of science and the future. The name “Science City” might conjure big city names like Tokyo, or Osaka, but in fact, it is 30 minutes from Akihabara station on the Tsukuba Express train line, away from central Tokyo towards Ibaraki Prefecture. Get down at Tsukuba station and there you can find Science City Tsukuba. The name comes from the fact that Tsukuba is the only city in Japan that is a Gakuen Toshi, an academic-centered city. There are quite a number of research, learning and science institutes sprawled in and around Tsukuba.

So what things are to see that should earn the name Science City? After calling for reservations days before you need to accept a bus pass. Right near the station, you can obtain a science bus tour pass. The bus can take you to the National Geological Institute, Plant Experiment, Tsukuba Expo Center, JAXA and Science Center.

Having no background of scientific expertise, I feared a science institute tour would be too much for me. Surprisingly, all the science centers and exhibits featured detailed and awe-inducing explanations for the layman, easy-to-understand and engrossing with their near-science fiction achievements and concepts. Here is an account of my experience in some of these discovery exhibits in Tsukuba.

English guide: provides a very comprehensive and complete explanation in English of all the exhibits accessible online. Use your smartphone’s camera to read the barcode at the entrance, access the site and listen while perusing at the displays.

An anime fanatic may have heard of the manga Space Brothers, a story of a regular company worker who gets fired from his job and decides to pursue his childhood dream of becoming an astronaut. The manga is partly set in this government-subsidized institute JAXA which shoulders part of the responsibility of putting potential Japanese astronauts through strict training. One building devotes an exhibit to the manga and another building houses past satellites and space projects open for the public to examine.

At the back of the room is a sample of a space suit, which children were freely climbing and poking their heads into the helmet to have their pictures taken by delighted moms. 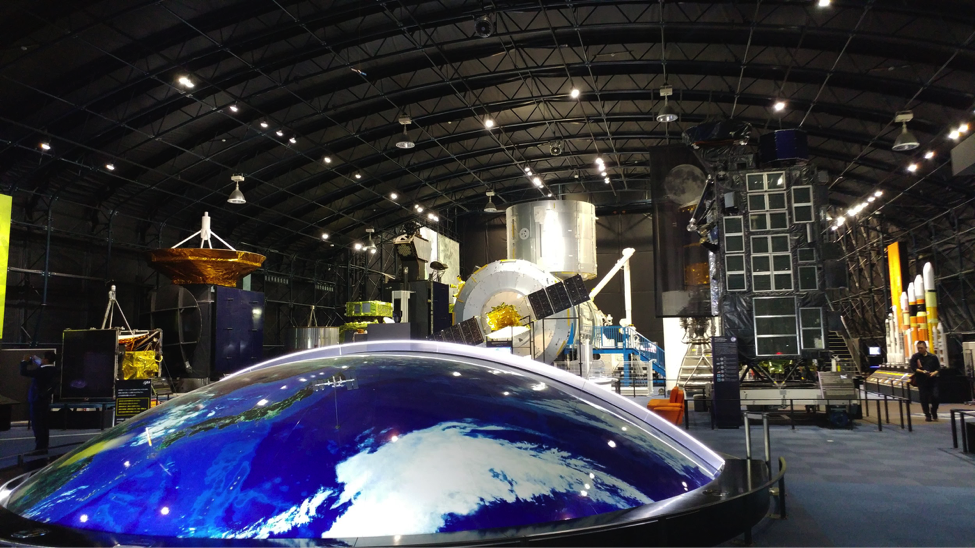 Inside this building, the first display to the left is a quiz, not a normal one. You answer by pushing imaginary buttons in the air which sensors above the huge quiz display screen catch and respond to. At the front of the room, welcoming the visitors to the exhibit is a huge globe which presents the places and distances of major satellites, hovering above the earth in miniature 3-dimensional form. Further into the room are the actual sizes of used satellites and a space laboratory sample which observers can enter. Up some stairs is the sample of a cargo delivery rocket. One can almost conjure up fantasies of sneaking in the cargo room, spacey enough for several adults to be comfortable in.

English guide: Complete and comprehensive explanations in English and Japanese can be heard using “receptor cards” that catch audio waves from special transmitters at each display. Everyone can listen comfortably by putting this “receptor card” near the ear.

A few minutes down the academic road is the entrance to Tsukuba Science Center and the Geological Museum. Perhaps the majority of guests are group tours, but coming inside by private car was slightly intimidating, as you have to stop at the guardsman’s check booth. But obtaining permission at the word “kengaku” or “observation” was quick and very easy. The small parking area was almost full and once inside, a surprising number of free observers coming here for the exihibitions. 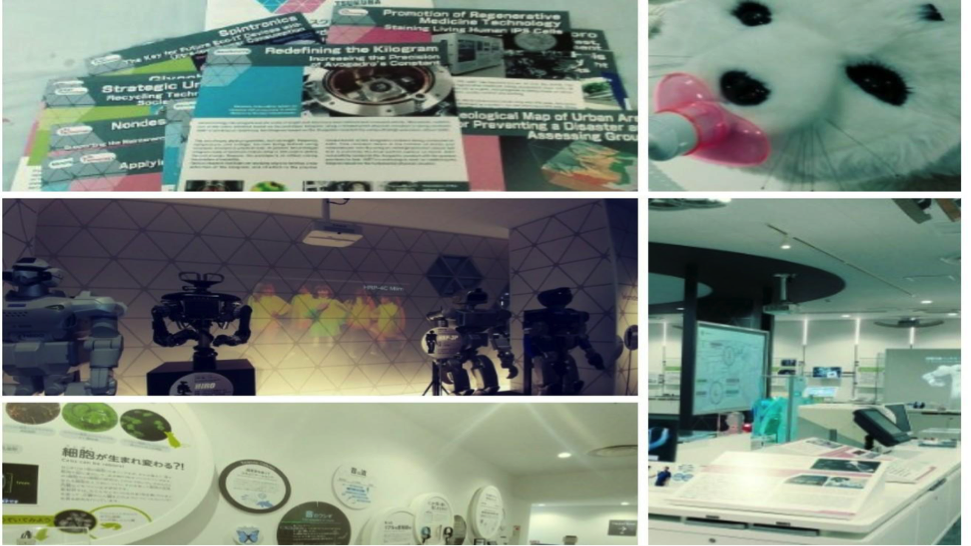 The discoveries and contributions by this so-called AIST were amazing, The scientific fields were varying, from earthquake research to digital printing technology and music and crowd-sourcing. There were two therapeutic baby seals, making adorable squeaking sounds which responded to my voice when I petted their fur. One booth made me discover the highest decibel my ears could pick up, another showed me just how far advanced robot technology has proceeded. I left the room after an hour and a half after I walked in and for sure I answered with high marks for satisfaction for the questionnaire handed to me.

Right next door to Science Square Tsukuba is the Geological Museum

English guides: English explanations at some of the displays but not much, unfortunately. 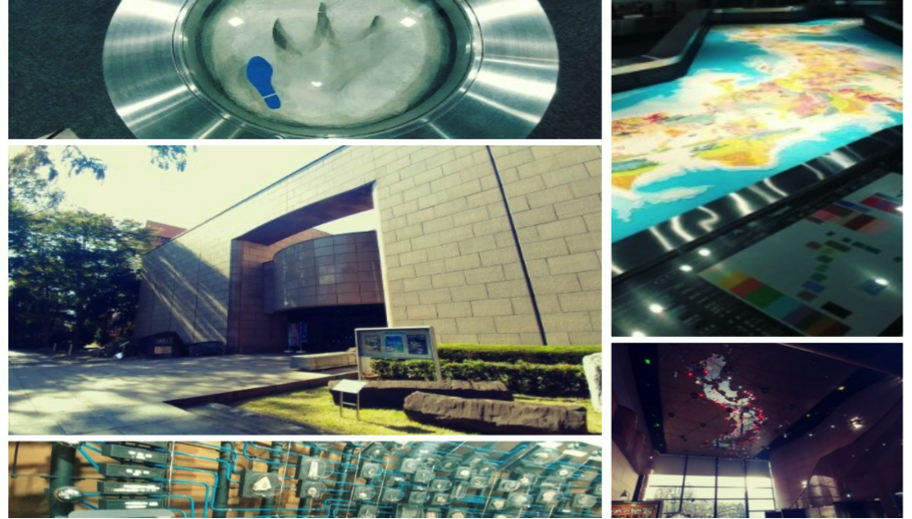 The geological museum had beautiful mineral samples and very fun hands-on displays that students can understand the history and nature of earth. This was the longest among all three museums that it took to observe the whole line of displays. The best part was that most of the displays were touchable, not just merely behind cold glass displays. Merely looking at displays was definitely quite a different thing than touching and feeling the rock samples, some were even icy for your fingers to the touch on.

Unfortunately, some of the most interesting displays had no English explanations which made me skip some areas.

At the exit, I bought me some souvenirs to bring home at reasonable prices. I called it a day, after absorbing so much information, I felt really good for learning some extra knowledge and I would definitely come back again as the atmosphere in all museums was relaxing and thought-inspiring.

Aside from the three museums above, there are much more research institutes and laboratories around Tsukuba which offers free guidance and exhibits. Most of them, though, require appointments in advance, the contact numbers available for calling on the official websites. Once I have time and the energy to make such appointments, I intend to visit more.

Just how much of these museum displays were available in other countries I had no idea, but still all the information I beheld was all new to me. I strongly recommend the science tour in Japan for international tourists, no matter young or old. One stops craving for new places in the present, and rather starts craving for places in the future, but who needs time machines? In Japan, the future is now.