Do You know the Favorite Local Specialities of Nagoya?

If not, you’re not alone! Japan’s fourth largest city often falls far behind Tokyo, Kyoto, and Osaka in the imagination of tourists and locals alike. Even long-time Nagoya residents claim that their city has nothing to offer compared to more well-known tourist hubs, this industrial metropolis has a booming food culture filled with dishes and customs unique to the region. 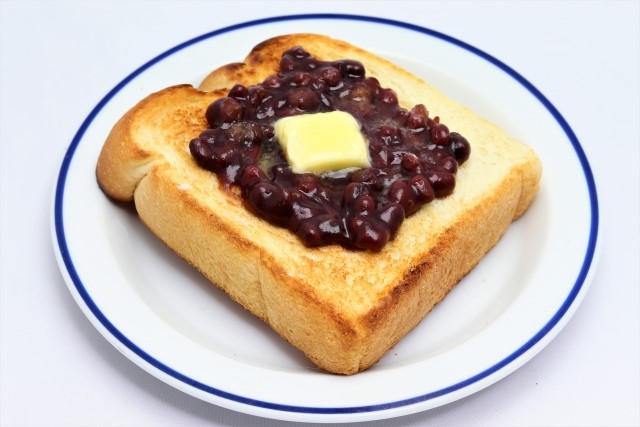 A review of Nagoya’s local specialities wouldn’t be complete without Morning Service, and the Ogura Toast that traditionally accompanies it.

Ogura, or red bean paste, is probably much more familiar as a filling for wagashi, traditional Japanese sweets.

Back in Japan’s Taisho era (1912-1926), there was a rage for all things Western: food, clothes, music, anything people could get their hands on. Although it’s as common as it is in the West now and hard for us to imagine, sliced, toasted bread was considered extremely fashionable in early 20th century Japan.

In 1921, a Nagoya cafe was serving up the classic Japanese winter dessert Zenzai to its guests. In order to appear cool, young customers opted out of the grilled mochi that typically accompanies zenzai, instead choosing to dunk toast in their red bean soup. Seeing the golden business opportunity, the cafe’s owner began offering Ogura as a topping for toast, and it was an instant success!

So, How does it taste?

First-time visitors to Nagoya are often surprised to see Ogura being used like a jam, which is, when you think about it, a little silly! After all, visit any bakery and you’ll see countless loaves of bread and cakes that utilize red bean as a filling, so the flavors certainly aren’t incompatible: quite the contrary! The mild sweetness of the red-bean blends perfectly with the fluffy, lightly toasted bread, and the warm butter lends a rich, moistness to the Ogura that is both satisfying and dangerously addicting.

Where can I get it?

To try it for yourself, pop into any Nagoya cafe before around 11 am to enjoy their “Morning Service”. While every restaurant is different, the standard fare will include a slice of toast with your choice of jam or Ogura, and a boiled egg. What’s more, they’re completely free of charge!

Ogura toast is ubiquitous to Nagoya’s own Komeda Coffee, a local chain that has now spread across the country. 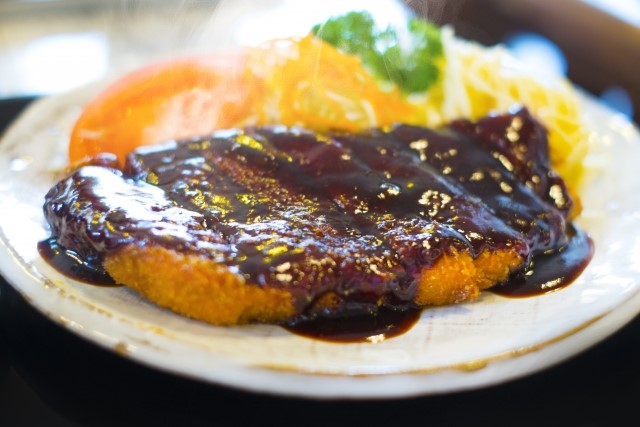 If you ask anyone familiar with Japan’s local specialities what comes to mind when they think of food in Nagoya, they are sure to say miso katsu! Like most other Nagoya fare, Miso katsu is big, fried, and packs a punch in the flavor department! There are loads of different ways to enjoy this famous dish, so let’s check it out!

The strongest image of Miso-Katsu comes from Nagoya’s famous chain, Yabaton. Established in 1947, Yabaton has been winning the hearts of the locals for generations and continues to be popular with young and old. Just looking at these enormous, sauce-laden cutlets might make your stomach feel heavy, but these expertly battered and fried katsu are lighter than they appear. This might not be a good thing, however, as they are so tasty that you’ll want to eat them all the time!

Arguably even more important than the batter is the sauce that tops these famous cutlets. Although it’s made from miso, the flavor and texture of this unique soybean paste is quite different from the miso soup you’re probably familiar with.

While miso is enjoyed all over Japan, it comes in many different varieties and, like anything that varies by region, is the source of polarizing opinions. While Western Japan enjoys white miso, whose delicate flavor perfectly complements the subtle and elegant dishes found in Kyoto, Eastern Japan likes its soybean paste dark and salty.

Nagoya lands right in the middle of the map, and while the miso popular here is classified under the “aka” (red) miso label of Kanto, the rich, almost sweet flavor of the “Hatcho” miso produced here is uniquely Nagoya. When served with dishes like Miso Katsu, Hatch miso is thickened into a sauce that can be poured directly onto the fried cutlet.

There’s a running joke that people in Nagoya will “put miso on anything”, and there might be some truth to that.  If you visit any supermarket in Nagoya, you can find Hatcho miso sold in bags with twist-off lids, perfect for pouring on…well, anything! Why not pick up a bag and try your own combinations? 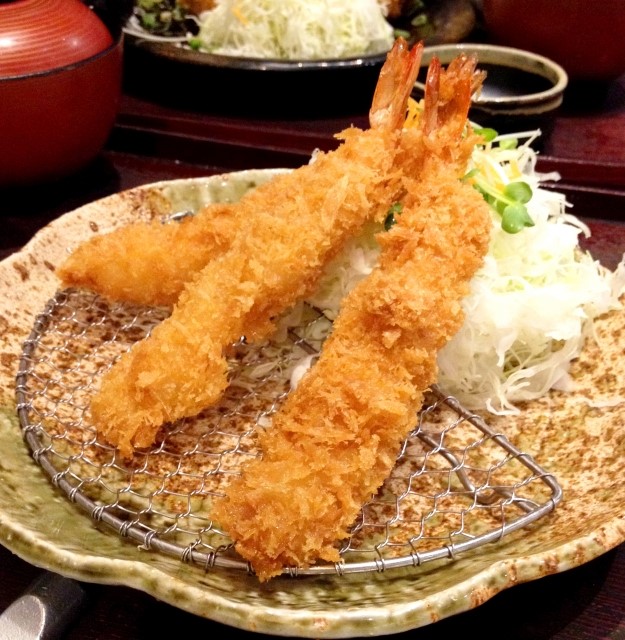 About a few years ago, a famous Japanese comedian often chose Nagoya as the butt of his jokes. Critics of Japan’s 4th largest city often cite Nagoya to be gaudy, overdone, and lacking in any of the quiet stoicism attributed to traditional Japanese standards of “good taste.”

(Why Osaka, who flashy nightlife districts and sauce-heavy street fare are markedly similar in style do not receive the same degree of ridicule remains a mystery…)

This perception extends to the way Nagoyans speak. During his routine, the comedian said, “Nagoyans are so uncouth, I’m sure they say Ebi Furiyaaan instead of Ebi Furai!” The mention of this specific dish led people all over Japan to (mistakenly) believe that Ebi Furai was a famous local speciality in Nagoya.

Shortly after the sketch was aired, crowds flocked to Nagoya, eager to try the famous “Ebi Furiyaa”. Restaurants rushed to add this “traditional” item to their menu, and since then, Ebi Furai has genuinely become representative of the local cuisine.

In true Nagoya style, the local way to serve Ebi Furai is in huge portions and often accompanied by a collection of sauces. Epidote, in particular, is infamous for it’s shockingly sized 30cm prawns, but huge shrimp tails can be found in almost any restaurant in the region. 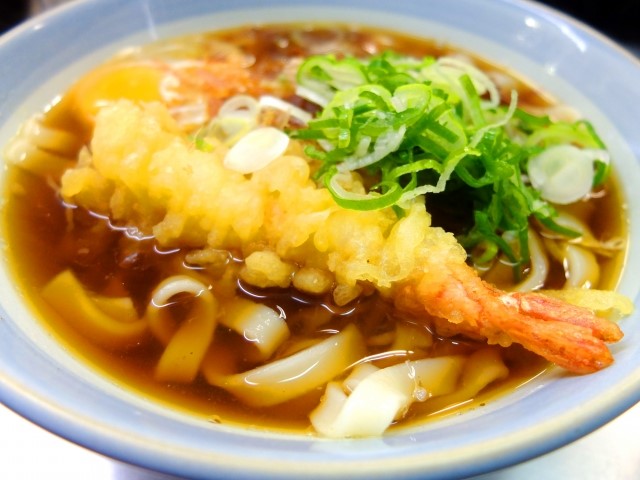 For those in Nagoya who want something a bit more…typically Japanese in appearance, fear not! Kishimen is here for you. This local speciality is served in a delicious broth and is often topped with tasty vegetables and meat or fish.

What are Kishimen Noodles?

Quite similar to udon in flavor and texture, kishimen is a wide, flat wheat noodle with crinkly edges served in a soup-like broth. Like well-established udon and soba shops, good kishimen is made by hand,  and served fresh.

Most restaurants offering Kishimen provide a wide variety of toppings to fit every taste and appetite. Popular choices include shrimp tempura, kamaboko (fish cakes) and vegetables. Some restaurants even offer things like kara-age and of course, miso! What kind do you want to try?

Where Can I Eat Them?

Because these flat noodles are so thin, they cook much more quickly than udon, making them an ideal choice for people in a rush. Thus, kishimen restaurants are commonly found next to train stations, sometimes even on the platform! Be aware that most of these on-the-go noodle shops are designed with time in mind, so it’s usually standing room only. If you’re looking for a more gourmet, relaxed way to enjoy this Nagoya local speciality, restaurants like Kawaiya and Kishiya are good choices. Whether you’re 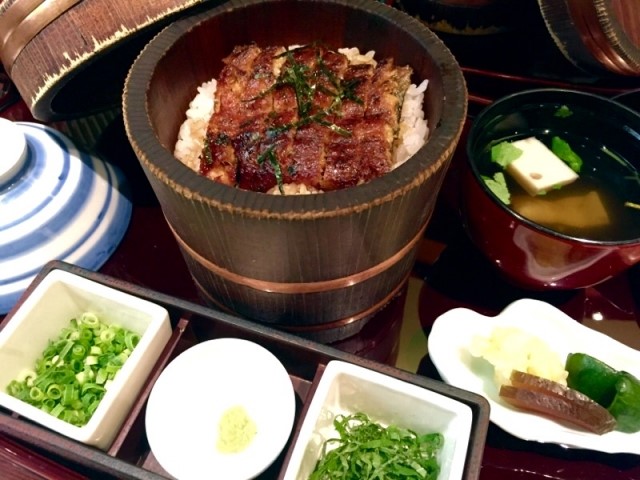 Compared to the other items on our list, this Nagoya local speciality is a bit of a luxury item. Averaging at around 3000円 a serving, this famous sliced grilled eel certainly doesn’t come cheap.

In recent years, the numbers of these tasty, silvery river fish have continued to dwindle, but their unwavering popularity means that prices continue to climb.

Where to Find It

In Nagoya, there are countless restaurants around the city that specialize in Hitsumabushi, with varying price points. While it may seem tempting to opt out for a cheaper option, unagi dishes are best enjoyed at long-established shops. This is because while grilling and saucing may seem simple, the best unagi chefs train for over a decade to perfect their craft. One of the most famous restaurants to try hitsumabushi is Atsuta Jingu’s “Horaiken”. If you want to visit yourself, make sure to make a reservation in advance, as it is always busy, but especially in July and August, when people believe that eating the savory meat will help you regain some of your strength from sweating through the sweltering Japanese summer.

A Meal in 3 Parts

When you order Hitsumabushi, you’ll find that your tray is equipped with a variety of bowls, spoons, and seasonings. This is because this dish is considered best when enjoyed in a variety of ways, to fully experience the rich flavor of unagi.

The eel will arrive at your table in a large bowl, divided into four portions. Before you dive in, let’s look at all the different ways we can enjoy this local Nagoya speciality. 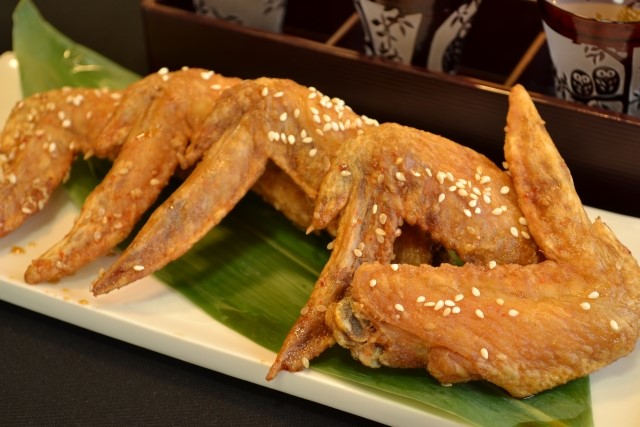 Last but certainly not least on our list is Tebasaki, the spicy, moreish chicken wings that have locals and visitors alike flocking for more. Unlike in many Western countries, chicken wings are not often eaten on their own in Japan, being used as soup stock at best.

According to legend, this now famous dish first came into being by happy accident.

Tebasaki differs from the Buffalo Wings popular abroad in the fact that they are fried as is, without the use of a breaded batter. The wings are first seasoned, then fried twice at two different temperatures to achieve their signature crispy finish.

Where should You try them?

While Tebasaki is easy to find at any Nagoya izakaya, any local will tell you that Yamachan is hands-down the place to try out this local Nagoya speciality.

Which Nagoya Speciality have You tried?

It’s clear that there’s no shortage of fascinating foods to try in this often-overlooked industrial hub. Whether you like enjoying a morning out with a slice of buttery Ogura toast or slurping back a bowl of kishimen with a group of salarymen, there’s a huge range of delicious dishes to explore in Nagoya. If you haven’t already, why not hop off the train for a while on your way between Tokyo and Kyoto and give Japan’s 4th largest city a chance, you won’t be disappointed!

Have you tried any of Nagoya’s local specialities? If not, which one would you like to?