The Origin of Maguro

Maguro is the Japanese name for bluefin tuna, which has widely become one of the most popular sushi menu items around the world. In the past, Maguro was considered to be a low-class fish to eat, with its fattier meat and intense flavours. 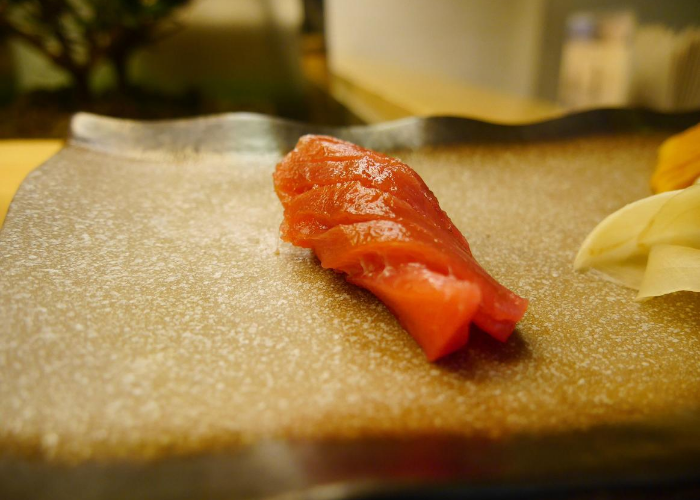 Then, in the 20th century, as people’s tastes changed, and the fishing industry was able to make vast improvements and numerous innovations, Maguro started to gain in popularity rapidly. This, combined with the semi-recent Japanese food trend boom in Western countries, has led bluefin tuna to become, over the last several decades, the single most popular commodity in the international fresh fish market.

What Makes It the Best?

With the average weight out at about 380 kg, needless to say, these aquatic beasts are at the top of their food chain and tend to be healthy and athletic swimmers which gives them lots of tender muscular tissue and fat stores. As a food item, this gives their meat a rich flavour with a buttery and supple texture. 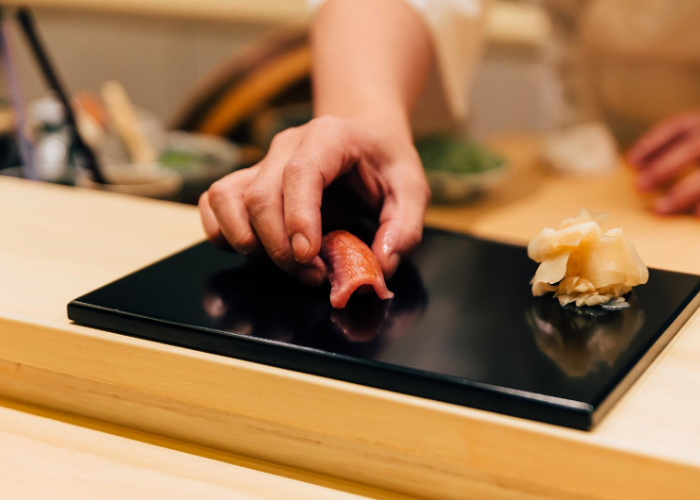 Chutoro is cut from the side belly area located between the akami side and the otoro belly sections of the fish. It is fattier than the akami but, not as fatty as the otoro.

Then you have otoro sushi, craved from the fattiest part of the fish belly. This part is widely famous for its lush texture and delicious flavour! 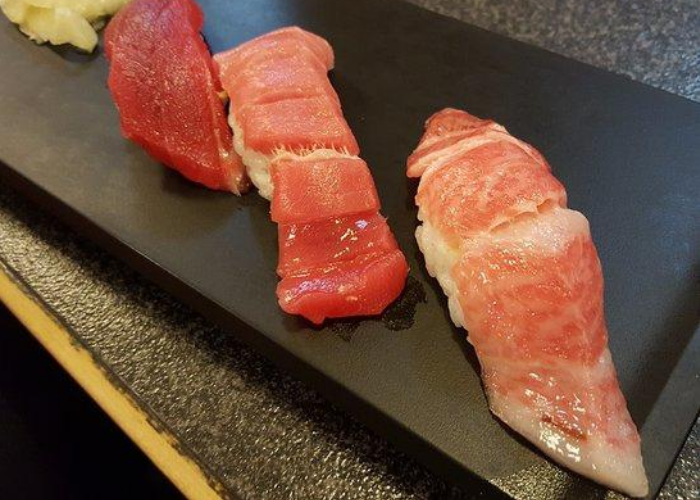 Akami, Chutoro and the mighty Otoro!

Where Can You Find the Best Maguro?

If you are looking to try some of this Japanese delicacy, here is the list of recommended restaurants by Guidable team:

This upscale sushi restaurant is in Setagaya, just a short walk South from Okusawa station. The name irifune loosely means “entering the ship” to give you the feeling of how fresh the cut of the fish is. This little restaurant serves Maguro sushi in a variety of different ways from bowls, to sushi platters, to individual pieces. This cosy and humble-looking shop is not for the casual night out. Make sure you bring your wallet (with money in it, of course) because sushi quality that is this good does not come cheap. 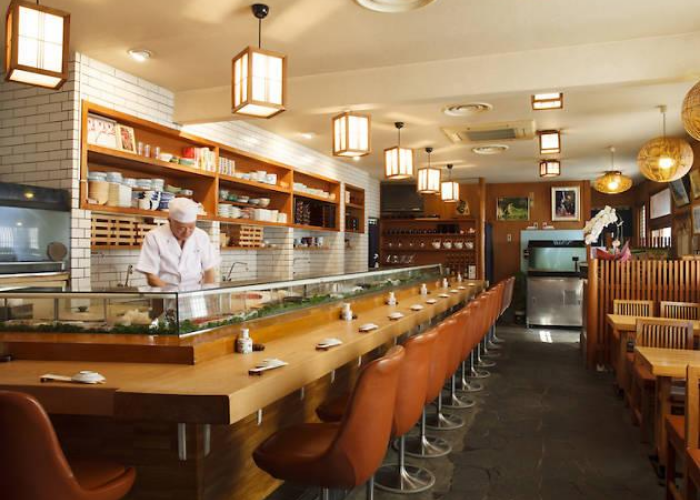 Are you looking for a Maguro-based experience with a little bit more flair? Then you should make a reservation at the appropriately named Maguro Shoten. This exciting restaurant is conveniently located in the Kabukicho area near Shinjuku station. They pride themselves on their style and preparation of bluefin tuna. Every evening they put on a fun and educational performance where they cut up and serve an entire one of these massive and beautiful creatures from start to finish right before your very eyes. 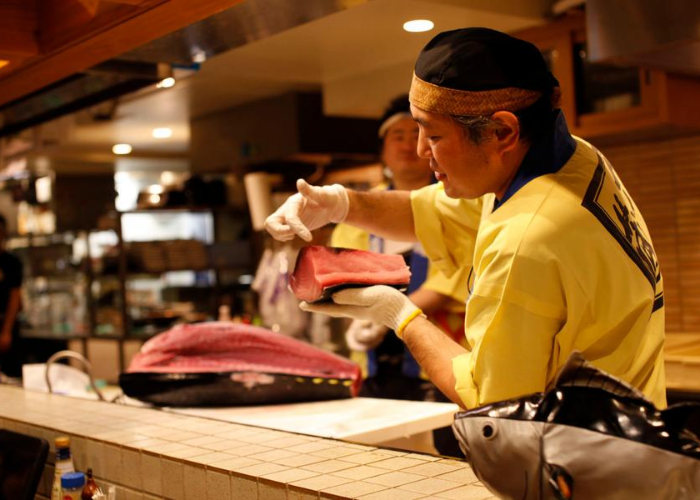 They will demonstrate for you right there at the counter the way that they separate the different parts of the tuna with some explanation as to which cuts have which names and which flavours. And a night out at Maguro Shoten will only cost you a few thousand yen. If you are curious about the culinary expertise required for ensuring that you serve the best quality Maguro, then this restaurant is a must-see destination!

This delightful little eatery lists their product on their Facebook profile page as “Maguro. Maguro. Maguro.” (So, you can guess what their focus is.) Located North of Nakano station and just past the Nakano Broadway shopping centre, this restaurant is proud to serve up fresh and delicious Maguro for a price that will not break the bank. 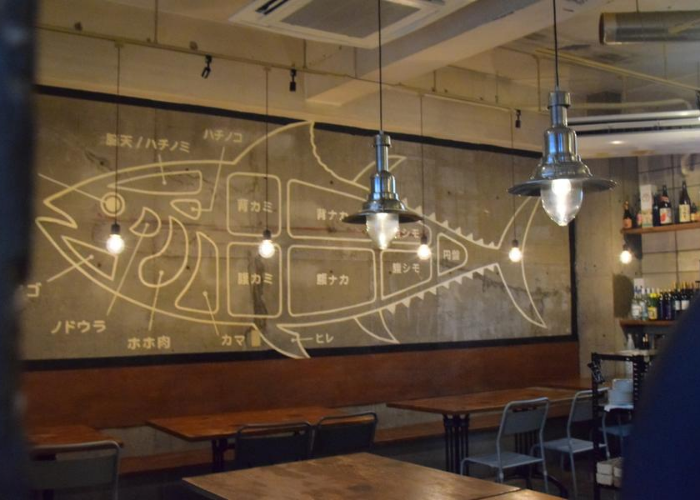 They have several different sizes of appetizers and entrees that do not conform to the regular sushi or maki roll style, and many of these items are still below 1000 yen. So, if you want to try a more unique Maguro experience in a cheaper and more casual setting, then head the short train ride up to Nakano and check them out.

This tiny little storefront restaurant is easy to miss but hard to forget. It is tucked away in a less-travelled corner of Roppongi just North of Roppongi-Itchome station, and with a name like Magurodake that literally means “only tuna”. 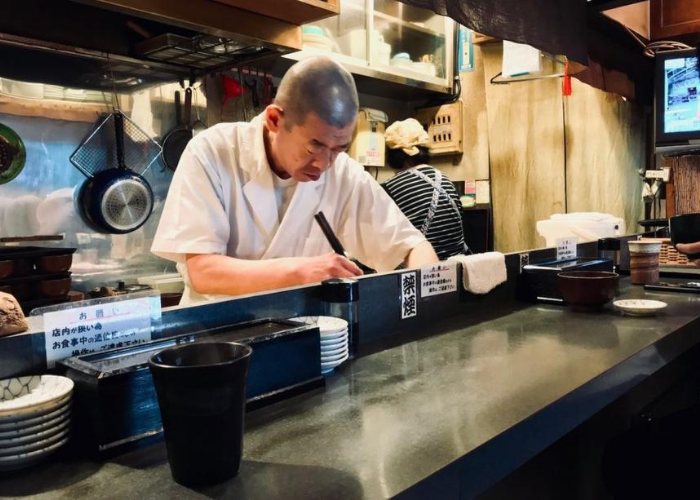 This somewhat nondescript eatery specializes in serving their Maguro in the form of rice bowls where you get several delicious slices of your preferred section of the tuna layered on a bowl of rice. This is definitely a great way to get a solid introduction to Maguro if you are not familiar and do not want to go to a large sushi restaurant. If you find yourself over Roppongi and craving some incredible seafood, you now know where to go.