The world’s Muslim population is rapidly increasing. When it comes to the number of followers, Islam is already one of the largest religions in the world, and it is projected to equal Christianity by 2050 then leap past it by 2070. And as the world’s Muslim population grows, an increasing number of them are showing interest in coming to Japan. This is because the Japanese government has seen the need to make Tokyo a more Muslim-friendly place. One of the best ways for them to do so is to accommodate the food industry more with Muslim restrictions.

Halal food and restaurants are crucial to a Muslim’s daily diet as there are some strict requirements that muslims have to follow. These include things that you might already know, such as forbiddance of eating pork and drinking alcohol. However, Japan’s Muslim population is still relatively few in number. Thus, Muslim tourists and inhabitants in Japan often encounter difficulties in finding halal food here. Sometimes, they are forced with no choice but to satiate themselves with only fish and vegetables during their stay here. With that said, the situation is not as bleak as what I have drawn up here. Actually, the number of halal restaurants in Japan – particularly in Tokyo has been rising. 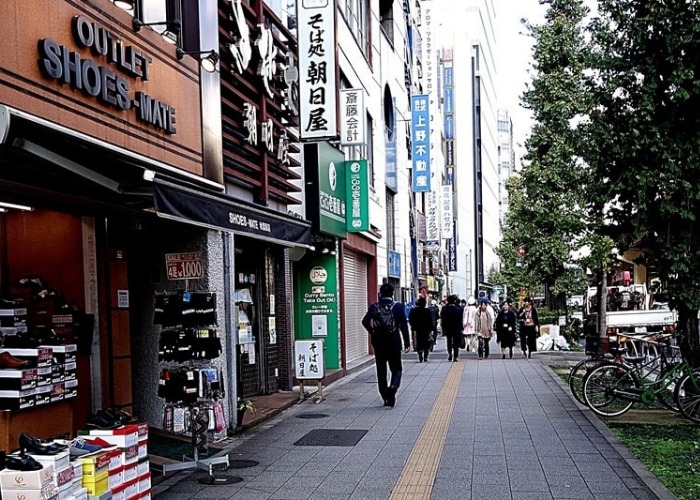 This curry restaurant is one of the most recommended halal restaurants in Tokyo. It has a simple concept, which is to be a halal curry restaurant that tastes just like any other curry restaurant in Japan. CoCo Ichibanya Halal is a three-minute walk away from Akihabara station. Most of the curry-based menu here combines chicken and Japanese curry. However, it has plenty of variety in its menu, for example, the chicken tender cutlet curry and cheese curry! 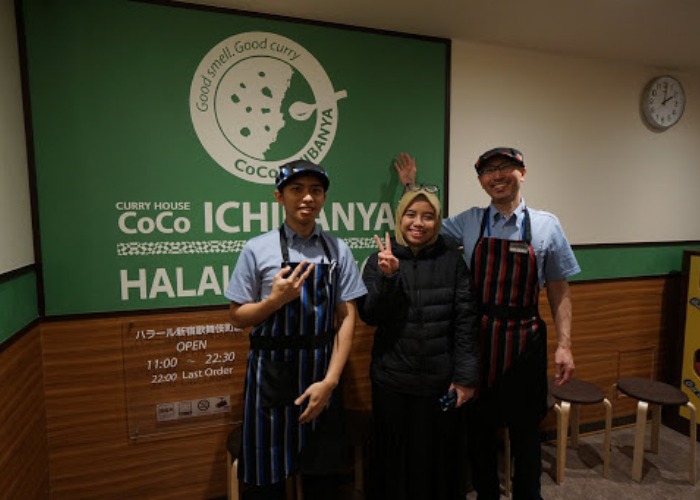 Typically, curry restaurants in Japan utilises pork for many of their dishes. As such, it is hard for Muslims to taste authentic Japanese curry. CoCo Ichibanya Halal also does not sell alcohol, which is widely considered as a staple drink in Japan. The items on the menu can go up to ¥1.700 from around 800¥.

Also, the store is officially “Halal certified” thus, you can rest assured of its authenticity! The restaurant opens every day from 11:00 until 22:30.

Naritaya Asakausa, as you might have guessed already, is located in Asakusa. A 10 minute walk away from Asakusa station. Unlike CoCo Ichibanya, which specialises in curry, Naritaya specialises in another Japanese cuisine: Ramen. 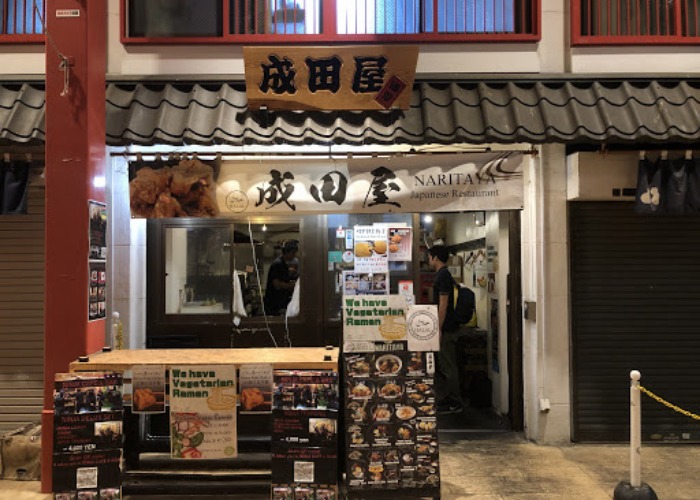 This restaurant is super friendly to Muslims. Not only does it sell halal ramen, but it also has a prayer room, something that any Muslim who visits Tokyo will be hard-pressed to find! If a customer wants to pray first before eating, the customer is advised to tell the staff beforehand to avoid the ramen going cold.

Aside from being Muslim-friendly, this restaurant is also family-friendly! They have baby chairs ready for those who have their younglings with them, which is a real rarity in Tokyo!

Enough of the added services, we came here to eat, didn’t we?

Well, ordering food here is just like ordering from most ramen stands in Japan. You simply have to choose your desired ramen from the vending machine! The recommended menu here is the Special Mazesoba, which costs ¥1200. Other menu items in the restaurant typically cost about ¥700 to ¥1600, you can also add some toppings to your meal, which costs around ¥100 to ¥300.

Also, there is a Halal sticker stamped on the vending machine, which makes it clear to the customers of its identity. Aside from the Hala sticker, the restaurant also notes that all food is halal, and thus no pork or alcohol is sold.

The Manhattan Fish Market is a bit different from the previous two in that it is not a Japanese restaurant, but as you might have already guessed from its name, “Manhattan,” it sells American food, with a specialty in fish and seafood! Aside from seafood, MFM also sells chicken-based dishes. Fun fact about it, the Manhattan Fish Market is actually the first American seafood restaurant chain in Japan to receive the Halal certification. 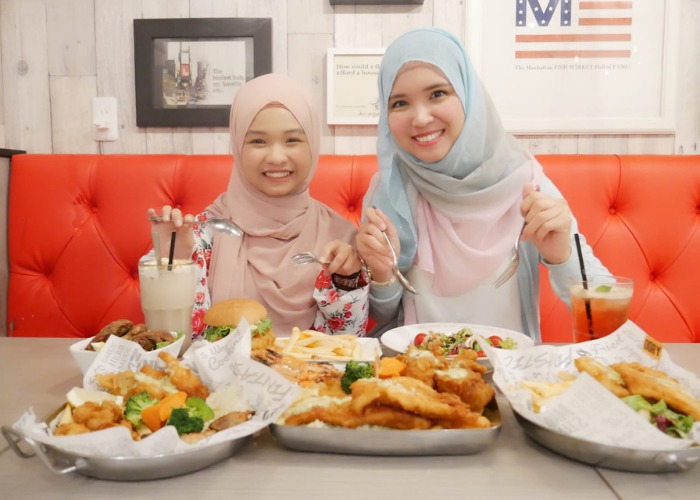 MFM’s hospitality to Muslims does not stop at just food! Like Naritaya, it also has its own prayer room that customers can utilise. The price range of MFM is between ¥900 to ¥2000. However, some other special menu items that go beyond ¥2000. MFM is located between Shibuya and Harajuku, around a 6-minute walk from Shibuya station.

Unlike the previous three restaurants, the Tonkotsu-free Ichiran, although claiming to be Halal, has still not been certified with a Halal certificate. However, considering its reputation as a global chain, it is worth trusting the ramen shop. One thing to note, although the ramen Ichiran is serving does not use pork as an ingredient, it uses beef that is not legally certified as halal. 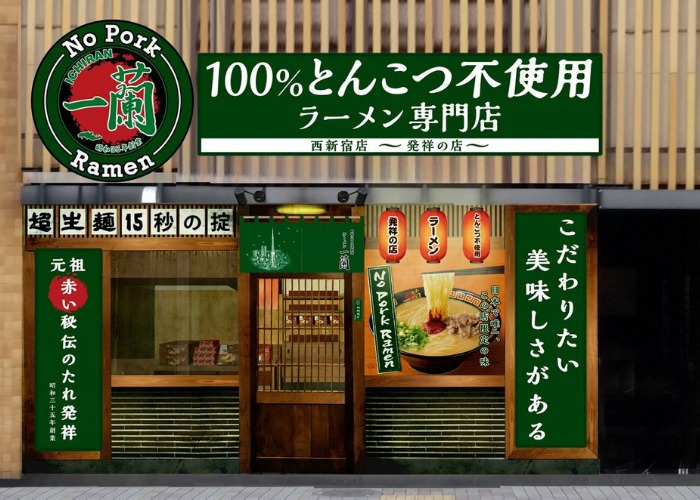 The price range in this restaurant goes between ¥1000 to ¥1500. Extra toppings are available for around ¥100 to ¥400. Tonkotsu-free Ichiran is located in Nishi-Shinjuku, a 6-minute walk from Shinjuku station.

As Japan progresses further into the 21st century, the number of Halal restaurants will only increase. And with its rapid propagation, it will gradually be easier for Muslims to look for Halal food in Japan. Which is great news to both the Muslims who love Japan and Japan’s tourism industry. For now, the selection of food for Muslims is not that abundant. However, if you happen to be a Muslim who is planning to visit Tokyo, those four places I mentioned are recommended!