The season of blooms and cool breezes is coming to Japan soon! Have you made your trip plans for this Spring? Have you ever been to Tokushima Prefecture?

Located on the Shikoku Island, the smallest island out of the four main islands in Japan, Tokushima Prefecture is a spring trip destination for you to consider, especially if you love to explore beautiful nature!

How to Reach Tokushima Prefecture 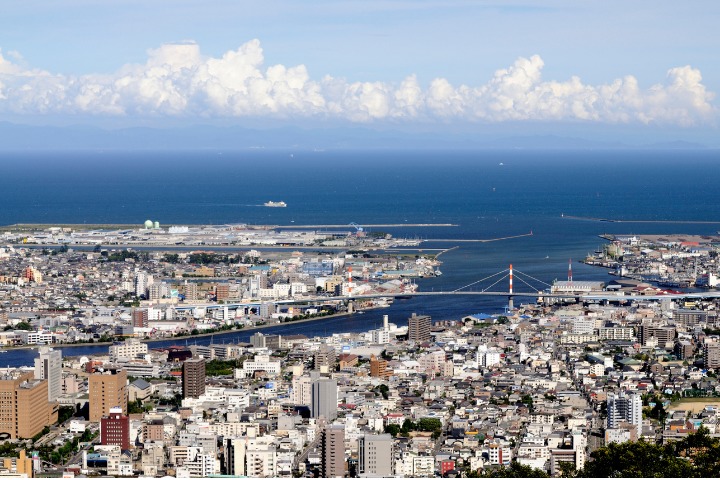 In order to reach Tokushima Prefecture, you have the option to use the airplane, train, highway bus, or ferry. While the fare might be relatively more expensive than bus and ferry, it is recommended to fly if you are coming from the northern part of the country or Kyushu Island. It takes around 1 hour and 10 minutes from Tokyo and 70 minutes from Fukuoka.

For those who prefer overnight bus rides, a highway bus is an option worth considering. If you are traveling from the Kansai area (Osaka, Kyoto, Kobe), it takes around 2-3 hours, and it takes more than 9 hours if you are departing from Tokyo. A ferry is also available for those coming from Tokyo, although it takes significantly longer to reach Tokushima Prefecture.

If you are departing from one of the neighboring prefectures in Shikoku Island, you can easily get on the train which takes around 1-3 hours, depending on the prefecture you are in.

When you visit Tokushima Prefecture, you should definitely put Oboe Gorge (大歩危) and Koboke Gorge (小歩危) on your trip itinerary. Once you get here, your mind will be blown by the beauty of this canyon created by the Yoshino River flowing through the Shikoku Mountains for million years.

The scenery you will see will change as the seasons go by, making it one of the top nature destinations in Japan. Here, you can also get on sightseeing boats and even go rafting while marveling at the beautiful canyon and the emerald water flowing down the river. The canyon itself is located near the entrance to Iya Valley, so it is definitely a great way to start your adventure in the valley. 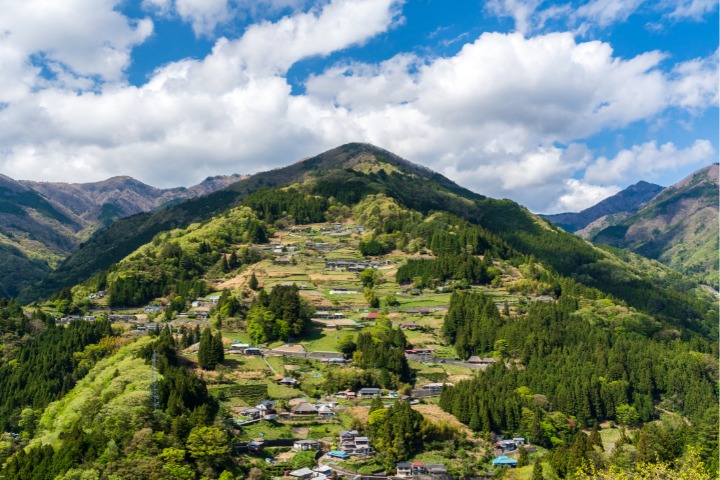 Refresh your mind from the buzz of city life at Iya Valley (祖谷渓). Located deep in the Shikoku Mountains, Iya Valley is a great destination for you who seek untouched pristine nature. This valley is one of the most remote places in Japan, which will definitely give you a whole new experience of Japan.

Take the local bus from the Awa Ikeda Station and there are a lot of spots await for you to explore once you got here. You can visit the Iyanokazura-Bashi (祖谷のかずら橋) or the ‘vine bridges’ that has become a vital lifeline for the locals. What makes this bridges special is the fact that it was made using traditionally woven vines!

Your trip to the Iya Valley wouldn’t be complete without a visit to the 400-year old farmhouses of the Ochiai Village (落合集落) in the eastern part of Higashi-Iya. Fun fact: Ochiai Village is a National Important Preservation District because of its centuries-old architecture and ancient walking paths. 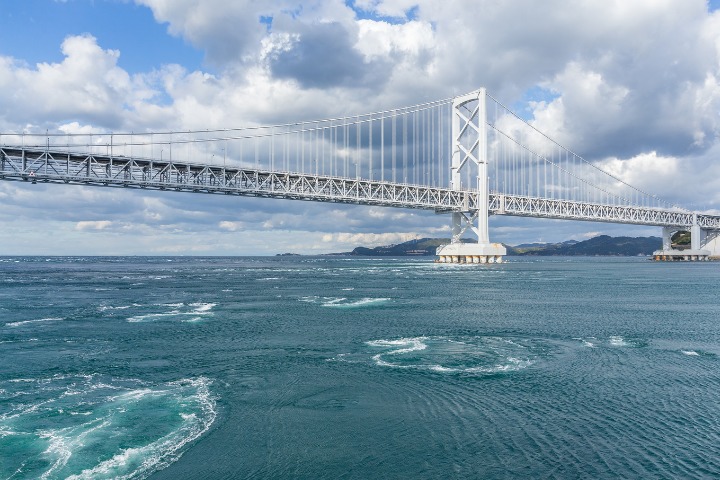 Let’s take your Tokushima trip up north, and you will arrive at Naruto (鳴門), the most northeastern city on Shikoku Island. It is a great port city with a lot of places to visit where you can get a feel for the prefecture’s city life.

Not only that, but Naruto is also the home of an interesting natural phenomenon called the Naruto Whirlpools (鳴門の渦潮, Naruto no Uzushio) that can be seen along the Naruto Strait. These whirlpools appear because of the movement of large volumes of water between the Seto Inland Sea and the Pacific Oceans between high and low tide. Not only that, but the narrow strait also has unique underwater geography characteristics that makes this natural phenomenon happen.

The best way to view these whirlpools is to get on one of the sightseeing boats that offer you an up-close view. You can also walk through the enclosed walkway under the Onaruto Bridge (大鳴門橋) called Uzu no Michi (渦の道) where you can see the whirlpools from above! 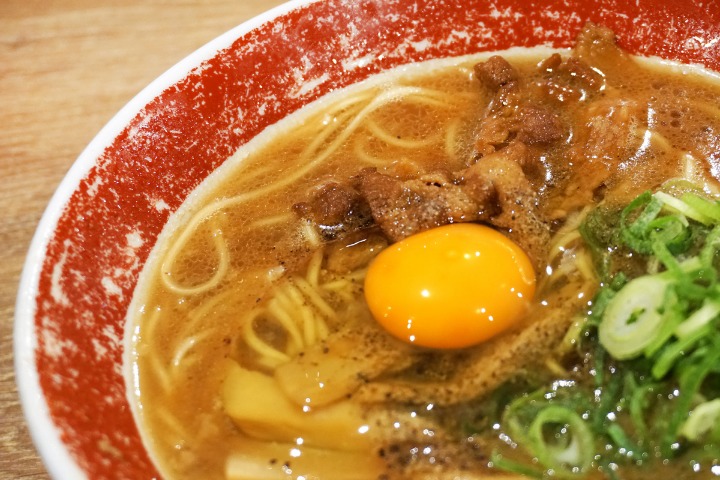 While these three types of Tokushima ramen have different flavors, they all offer a sweet and salty taste that will bring your taste buds to life! You should also try out the local grilled beef, pork, and chicken–famously known as “Awa no sanchiku” or “Awa’s three livestock.”

When you visit the Iya Valley, don’t miss out on the grilled skewers called dekomawashi. It consists of skewered Iya potatoes, tofu, and konjac that are glazed with miso sauce and grilled over an open flame and often eaten together with river fish. You can also eat many delicious kinds of seafood around the coastal area of Tokushima Prefecture!

Are You Ready to Explore Tokushima Prefecture?

The best thing about Japan is the fact that there are so many prefectures that are waiting for you to come and uncover their attractive charms all year round.

With the spring breeze and blooming flowers, Tokushima Prefecture is definitely a great spring getaway destination for you to relax your mind!

Where in Tokushima Prefecture would you visit first?

Usa City, Oita Prefecture – a Cultural Marvel to Put on Your Bucket List