Located along Kyushu’s eastern coast, Miyazaki prefecture is one of the less-visited prefectures in Japan. With its sunny climate, abundant nature and beautiful coastline, Miyazaki has a lot to offer anyone curious about the southern part of Japan. In fact, thanks to its weather and coastal scenery, Miyazaki used to be one of the most popular honeymoon destinations for Japanese newlyweds until places like Hawaii and Okinawa gradually took over. Let’s look at some other interesting facts you might not know about Miyazaki. 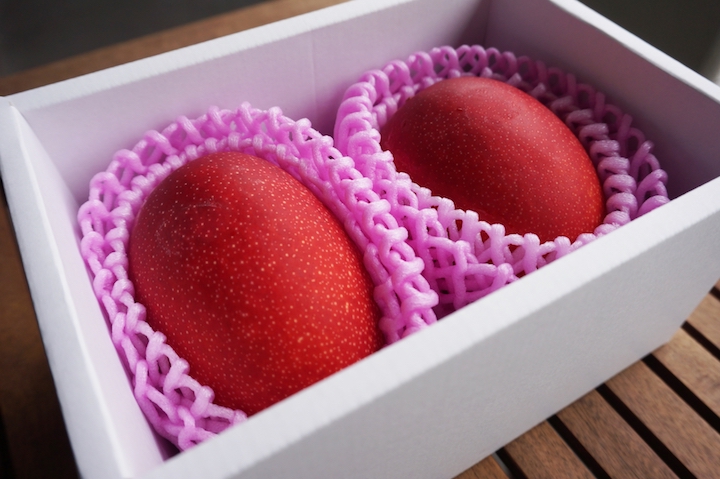 Every prefecture in Japan seems to have its signature produce and Miyazaki’s most famous one is the mango. One of the only prefectures in Japan to grow the fruit, Miyazaki mangoes are large and very sweet. They’re also extremely expensive. While mangos are not native to Miyazaki, a group of farmers in the 80s got together to start cultivating mangoes in the prefecture due to its humid, sunny climate. The result was the famous Miyazaki mango with the pinnacle of these being a particular type branded in Japanese as the Sun’s Egg Mango (Taiyo no Tamago).

Every year, the first batch of these mangoes are auctioned off to the general public with a pair of them sometimes going for close to 500,000 yen (approx. $5000)! Even if they’re not a Sun’s Egg mango, Miyazaki mangoes can still fetch a high price depending on when you buy them. If you can’t afford the mangoes themselves, Miyazaki has plenty of mango flavoured foods. Mango parfait, mango jelly, mango cookies. If there’s a food that’s possible to combine mango with, Miyazaki has it all. 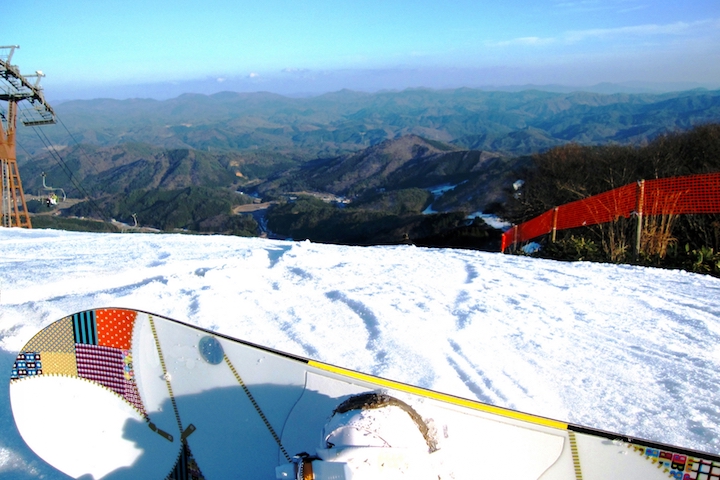 Miyazaki’s location and geography means it receives some of the lowest snowfall in Japan. Surrounded by mountains that snow rarely passes over, it’s extremely rare to see snow anywhere in the prefecture even when neighbouring prefectures like Kumamoto and more southerly Kagoshima prefectures get it. Despite this, Miyazaki is somehow home to Japan’s most southern ski resort.

Gokase Highlands Ski resort, located deep in the mountains of Miyazaki is one of the few places snow actually reaches in the prefecture, though it does sometimes need some assistance from snowmaking machines. The ski resort is quite small with only 2 courses and 3 ski lifts but as one of the few ski resorts in Kyushu, it’s quite popular. The resort is open from late December through to early March. Due to its location, the resort can be a little difficult to get to so travelling by car is recommended. 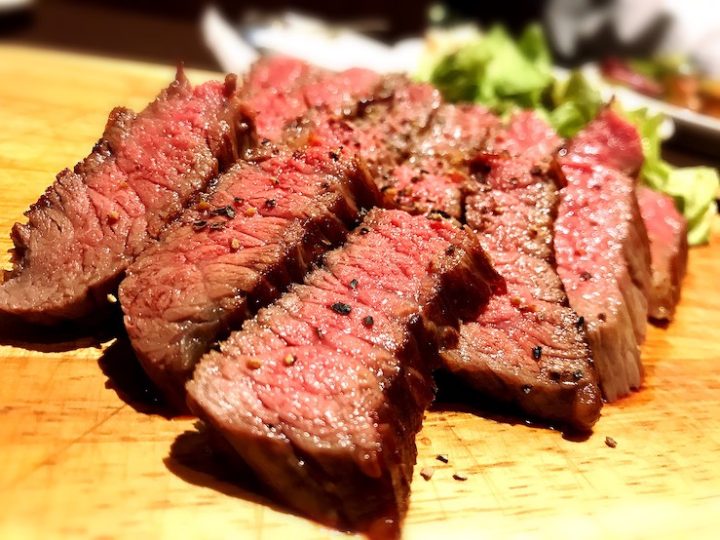 Every five years, what’s colloquially known as the Wagyu Olympics takes place in Japan. This competition gathers together all beef producers throughout the country to see who will be crowned the best beef in the country. Miyazaki beef has won this contest multiple times, at one point holding the top prize for 15 consecutive years, ahead of other contenders like Kobe beef. Though not yet as famous globally as Kobe beef, Miyazaki wagyu beef is becoming more and more well known throughout the world. Rather than go into the intricacies of what makes premium wagyu beef, it’s enough to say that Miyazaki beef is delicious and though a bit on the pricey side, you can find many restaurants that serve it in Miyazaki. 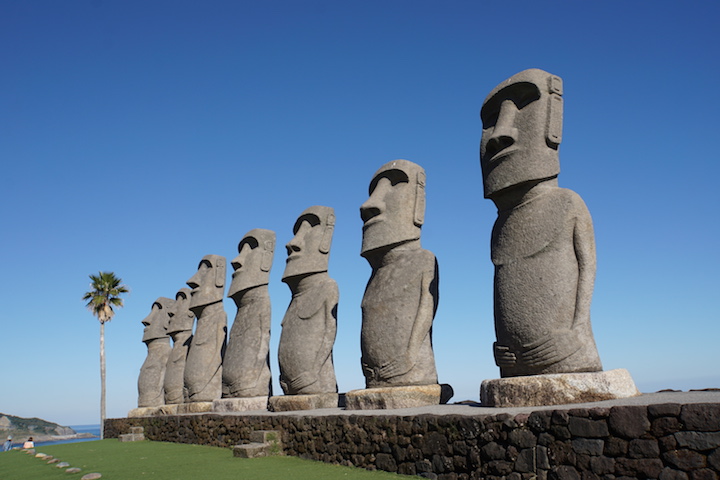 One odd thing that you see a lot of in promotional material for Miyazaki prefecture is Easter Island statues (Moai). South of Miyazaki city on the way to Nichinan city is a place called Sun Messe Nichinan. Sun Messe is a large park right on the Miyazaki coastline with beautiful views of the ocean and is especially famous for its Moai statues. These statues are the only fully authorised replicas of the famed statues in the world and make for a great photo opportunity with beautiful blue skies and the ocean in the background. There are seven Moai and each represents a different blessing such as money, health, love or business.

Aside from the Moai, the park holds a number of attractions including sculptures, a small museum and a restaurant.

5. The Birthplace of Japanese Mythology 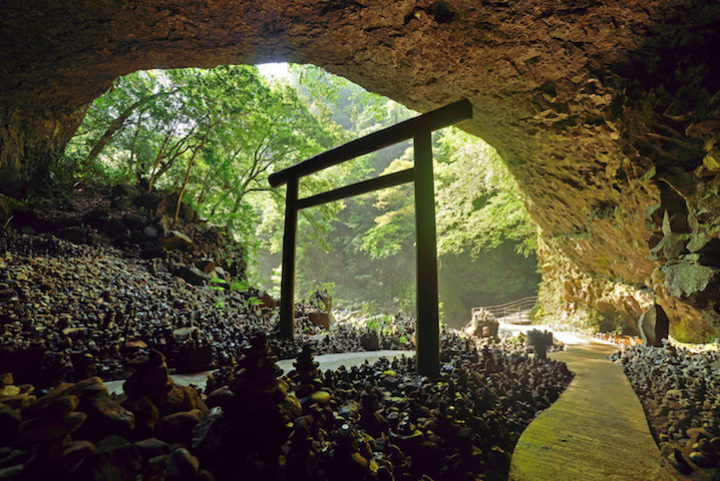 Though it doesn’t have a big role in a lot of Japan’s big historical events, Miyazaki does play a very important part in ancient Japanese history and myths.

There are many sites throughout the prefecture full of burial mounds and ancient tombs dating back before recorded history in Japan. Going back even further into myth, the small town of Takachiho in Miyazaki’s north is famous as the place where Ninigi-no-Mikoto, the grandson of the sun goddess Amaterasu and progenitor of the Japanese imperial line, descended from the heavens and arrived on earth. Somewhat confusingly, this story is also claimed by Mt Takachiho which is far to the prefecture’s west on the border of Miyazaki and Kagoshima.

The town of Takachiho is also said to be the site of a famous story where Amaterasu hid in a cave, plunging the world into darkness only to be tricked eventually into emerging again by the other gods. Both the cave and the meeting place are said to have been located in Takachiho and you can view the cave at a distance from Takachiho shrine after undergoing a purification ritual.

Miyazaki is full of sites related to Japan’s ancient mythology, many of them concerning Ninigi-no-mikoto and his descendants. Driving around Miyazaki prefecture, you’ll often see places dedicated to their exploits. 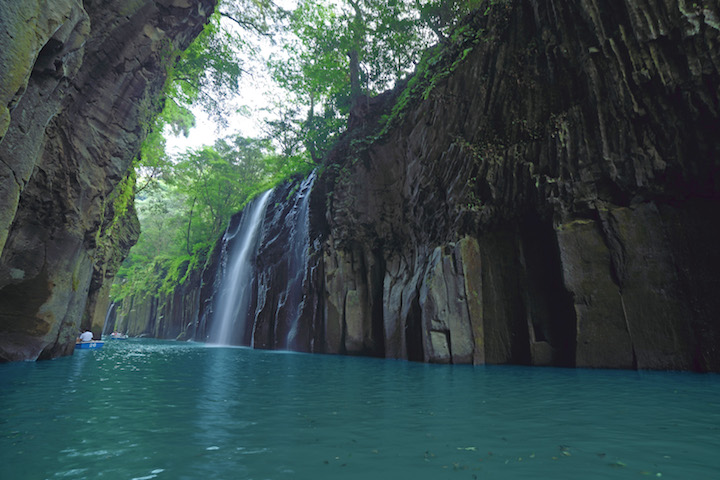 In this article, we’ve looked at some interesting facts about Miyazaki prefecture. It’s generally not seen as one of the big tourist destinations in Japan but it’s a fascinating prefecture and a great place to visit if you want a place with beautiful nature, warm weather and beautiful ocean views.

For more on Kyushu: