Have you heard of Chichijima island (父島) about 240km north of Iwo Jima? Literally named “father island”, Chichijima is the largest island in the Ogasawara archipelago which is also home to (you guessed it!) “mother island” (hahajima, 母島), “big brother island” (anejima, 姉島) and “little sister” island (妹島).

Interestingly, despite being located 986km away from the metropolitan centre, Chichijima is legally considered part of Tokyo.

However, it’s not just Chichijima’s locality that makes it such an enigma, but its history, too.

The History of Chichijima

The first European discovery of Chichijima island was thought to be in 1549 by the explorer Spanish Bernardo de la Torre during an attempt to establish a westward trade route between the Philippines and Mexico, however, there is proof (albeit scarce) of earlier settlement by Micronesian settlers.

Japan’s first documented contact with the island, however, was only in 1675 when the Tokugawa shogunate sent an expedition that managed to chart a map of the island.

The Settlement of Chichijima Island

Although many western ships visited the island throughout the 19th century, including Commodore Matthew Perry who even bought land on the island, the first settlers on the island didn’t decide to set up camp until 1830.

Nathan Savory, along with four Americans and twenty Hawaiians, was the first to inhabit the island in recent history, and around 200 of their descendants, who are called oubeikei (欧米系, Westerners), continue to live there now. 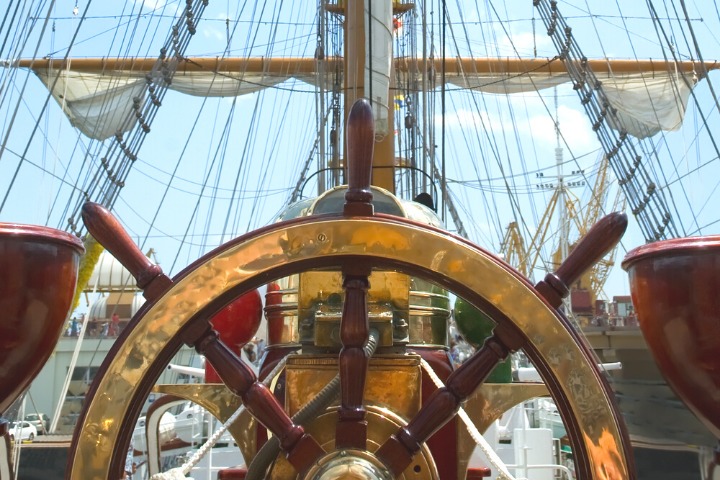 In 1853, Perry claimed the island as a U.S. territory for use as a coaling station, however by 1862, the Tokugawa shogunate had claimed sovereignty over the whole Ogasawara archipelago and sent their own settlers from Hachijojima. Then, following the Meiji restoration in 1868, the Home Ministry sent 37 more colonists to settle on the island.

During World War II, Chichijima became home to a small naval base as well as the site of many Japanese long-range radio stations, both of which made it a target for American attacks. What’s more, the island’s strategic position as the main base of supply and communication between mainland Japan and the rest of the Ogiawara islands, meant it also played a large role in the historic Battle of Iwo Jima.

Throughout the war, the descendants of the first settlers on the islands were treated with suspicion, and islanders of non-Japanese descent were forced to leave the island or take Japanese names. 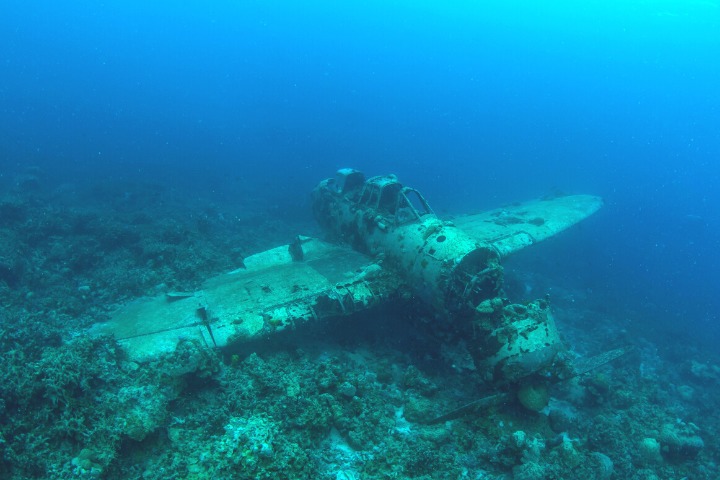 After the war, the occupying U.S. administration—who preferred to turn the island into a base because of its strategic location—reluctantly allowed the return of 129 oubeikei islanders but no ethnically Japanese islanders.

For over twenty years, the island remained a U.S. territory with schools being taught in English and shops selling American products. Even now, Chichijima’s main street could be mistaken for a street in a small town in Hawaii, with the brightly coloured buildings and American-style churches tucked in between tropical plants and bright blue skies.

In 1968, however, the U.S. returned the island to Japanese administration. Almost overnight, Chichijima became a Japanese territory, all schools on the island began being taught in Japanese using the Japanese syllabus and all of the oubeikei islanders were made to choose either Japanese or American nationality. Those who chose American citizenship had made the move to various parts of the U.S., while the rest remained on Chichijima.

As a result of the island’s ever-changing administration, depending on the generation, there are those who prefer speaking English and those who prefer speaking Japanese, with the older and younger generations who grew up under the Japanese administration preferring to speak Japanese and those who grew up under U.S. administration preferring to speak English. What’s more interesting, however, is that the island’s rich intercultural history has left behind its mark on Chichijima’s dialect which mixes English, Japanese and the occasional Hawaiian word. 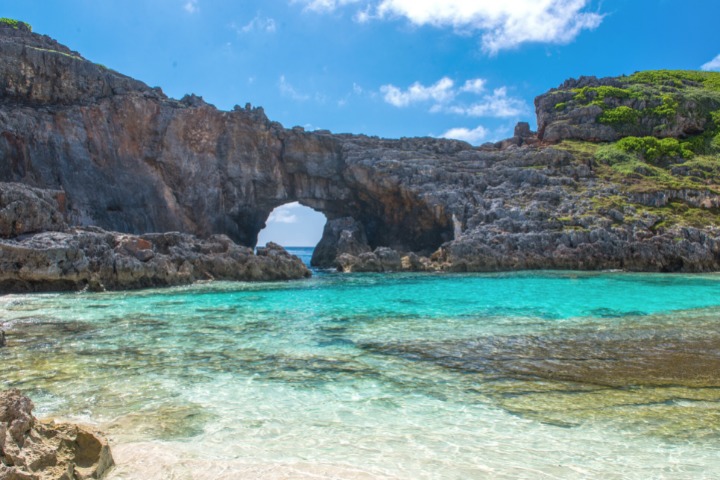 Nowadays, the island has become popular among tourists from the mainland looking to escape the fast pace of the city and relax in a natural setting.

Despite its legal association with Tokyo, the island itself is as far from Tokyo as you could imagine. Covered in tropical forests, sandy beaches and surrounded by clear blue waters, the island is visited not only by tourists but conservationists and biologists looking to document the abundant flora and fauna endemic to Chichijima and the surrounding islands. In fact, its ecosystem is so unique that it’s even been given the nickname “the Galapagos Islands of the East”.

If you enjoy marine activities, some of the most popular ones on the island are diving, swimming with dolphins, and whale watching. However, you can also enjoy activities like fishing, kayaking and windsurfing off the coast of the island.

But, if water activities aren’t your thing, you can explore the interesting history of Chichijima and visit some of the memorials left to remember their history or try hiking one of the many nature trails on the island. If you want to see more of Ogawara’s unique ecosystem for yourself, take a day tour to Minamijima island about a kilometre southwest of Chichijima. Here, you can explore an uninhabited island home to several species of plants and animals endemic to Minamijima.

Since the island is host to such a fragile ecosystem, the number of daily visitors to the island is capped at 100 per day and visiting is not permitted from November to February. If you’d like to visit make sure to book a tour in advance at Chichijima’s tourist centre!

How to Get There

The journey from mainland Tokyo to Chichijima takes a whopping 24 hours. From Takeshiba Pier in Tokyo, you will need to take the Ogasawara-maru ferry to Futami port in the north of Chichijima. The ferry only leaves from Tokyo every six days (every three days during peak season) and the ferry may be cancelled or delayed depending on the weather, so make sure to check everything in advance. 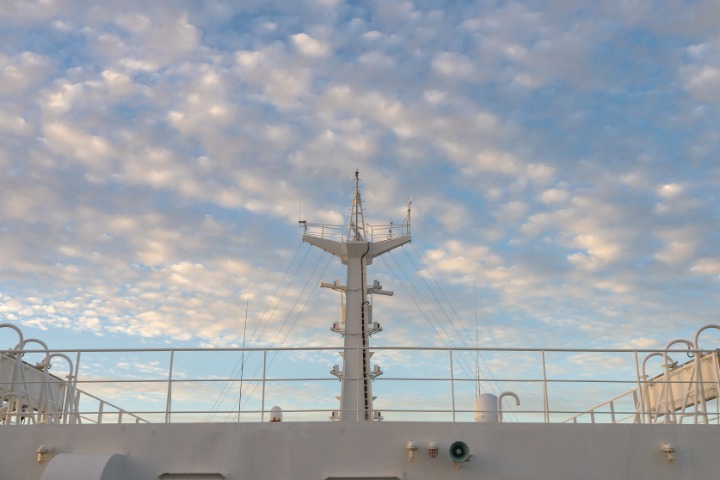 There are economy, economy berth, standard, premium, deluxe, and suite ticket options, which range in price from a pricey 28,960 yen to a hefty 86,310 yen for a one-way ticket. However, there are options for group and student discounts available, so make sure to see if any of these apply to you.

If your end goal is Chichijima, you won’t have to travel much further as the only major town on the island surrounds the port. However, if you’d like to explore Hahajima, the only other inhabited island in the Ogasawara archipelago, you will need to get a further ferry from Chichijima for another two hours.

Chichijima – An Island With a Rich History and Unique Ecosystem

Home to both a unique culture and a unique ecosystem, Chichijima is arguably one of the most interesting places to visit in Japan. A hybrid of American post-war and modern Japanese culture, Chichijima offer us all a lesson in history and conservation done right.