Are Furita a Problem in Japan. What Does “Freeter” Mean? 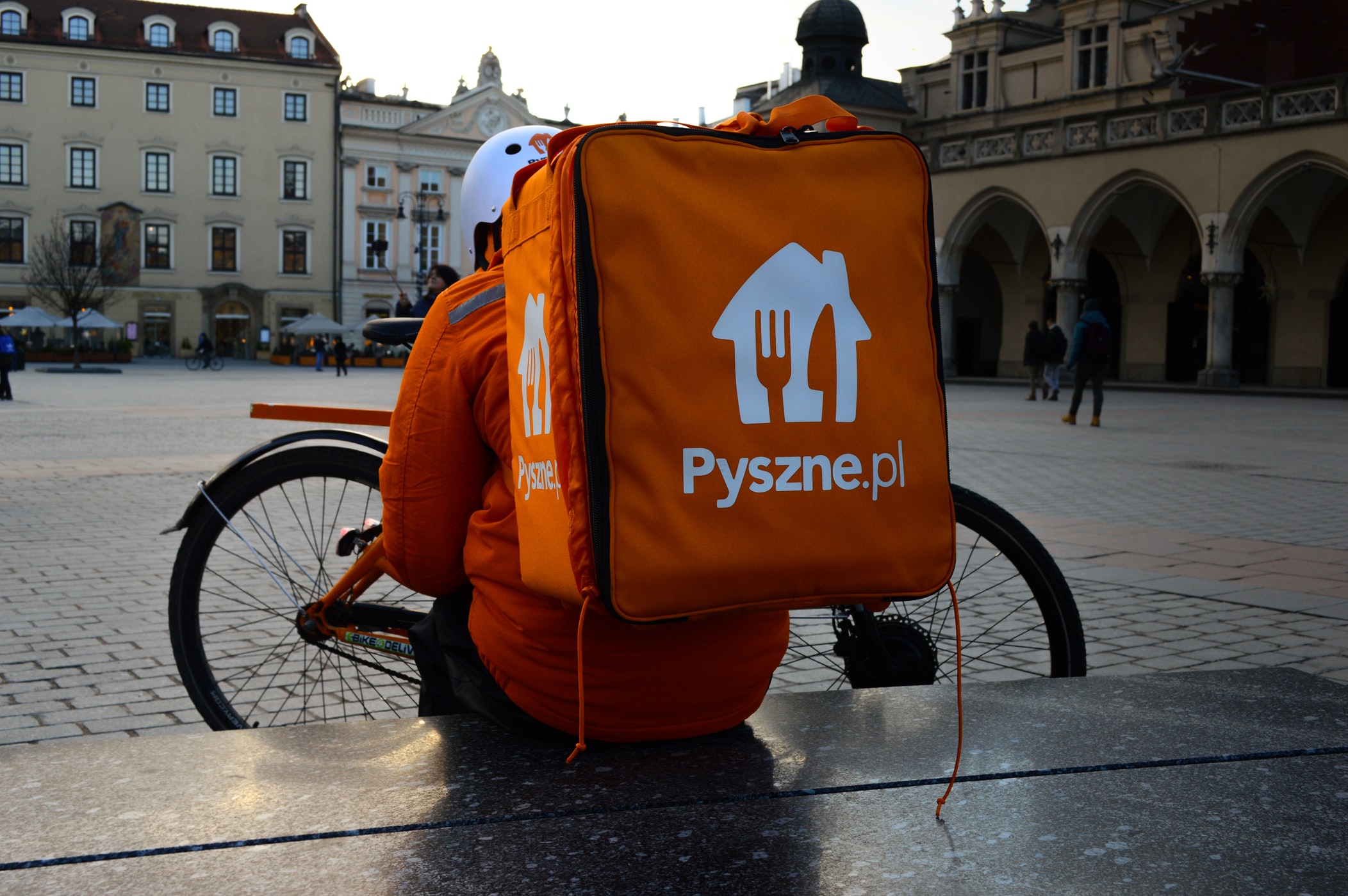 Freeters or Furita (フリーター) is a term used to define young people (between the ages of 15 and 34) in short or part-time employment instead of professional, salaried long-term careers. The term generally includes men working continuously for less than 1-5 years and unmarried women working for a living. Furita, a Japanese word that first came into use in 1987, is a combination of the English word “free” and the German word “arbeiter,” meaning “laborer.” The word arbeiter” already exists as “arubaito” (アルバイト) in Japanese to describe part-time or side jobs. Freeters are included within the employment category of “part” (パート) and “arubaito.” Age and circumstances discern whether the employee is called a “freeter” or not. The term is usually used to describe young people, different from those who return to part-time work after marriage or retirement.

According to The Japan Institute for Labour Policy and Training, most freeters can be categorized into four categories:

Many workers who became freeters for whichever reason, now find themselves stuck because they cannot acquire specific job skills needed to work a salary-paid job.

A part of the reason more freeters are increasing in numbers is their desire for more free time and flexibility, which is often difficult to obtain while working as a regular employee (正社員, sei shain) in a fulltime salary job. According to a survey conducted by The Japan Institute for Labour Policy and Training, the increasing drive for becoming a freeter is the long working hours in full-time jobs. In 2001 a popular answer for employees leaving their salary job is “the job did not suit me or was boring,” but on a survey conducted in 2016, the typical response is instead; “long working hours (including overtime).”

Other reasons include: a wish to avoid the salaryman, OL (office lady) career due to dissatisfaction with the lifestyle and culture attached, or a desire to experience different types of places of work, such as those with more creative or hands-on skills. The lifestyle of salarymen or OLs is often associated with death-by-overwork (過労死, karōshi), a crowded commute on trains during rush hour in the bigger cities, and obligatory drinks with coworkers or clients several times a week. The salaryman is excepted to be loyal to his company and prioritize it over his family, working late and missing family celebrations.

Many people from the recent generation are refusing to go along with these ideals and instead take a more active role in raising children rather than prioritizing work. Women are becoming tired of the conservative system and struggle to make it as a “career woman” in a corporate society where women are often still excepted to undertake general admin tasks such as serving tea to clients. Where women were often expected to work in this position until marriage where they would leave and become homemakers, fewer women are settling for marriage, or are leaving it until later in life. Thus instead of trying to break through the system, they turn to casual, temporary work or freelance jobs.

Are There Freeters in the Older Demographic?

Nowadays, there are more than just the two general paths of “freeter” and “regular-worker.” Some non-regular workers who do not fall into these two categories are temporary/temp workers (派遣社員, haken shain), contract employees (契約社員, keiyaku shain) and freelance (フリーランス, furiransu). There is an increasing abundance of options in these fields, making them more appealing.

The definition of a “freeter” describes young people (between ages of 15-34) in atypical work and excludes students and homemakers, so it does not include the older demographic. There are, however, many people in non-regular work over the age of 34.

The majority of these workers are homemakers, women with families and those mentioned above, such as workers affiliated with a temp agency or contract workers, and freelancers. Some people prefer these temporary jobs because 1.) it’s easier for them to take holidays and adjust their schedule, 2.) they might prefer constant change of the workplace. Women with families often opt for temporary jobs, so they are not obligated to work overtime and can clock-out at the end of their shift as scheduled.

What can be the negative outcomes of Freeters?

The already declining birth rate of Japan is being thrusted into further free fall with the rise of freeters as the low and unstable income due to the lack of sick leave and other benefits means that young people who rely on a freeters’ revenue cannot afford marriage and children. This leads to later marriage and having fewer children (if any). They are often forced to live with and depend on their parents, which creates an increase in the so-called “parasite singles.”

An alarming outcome of this problem is the influence it has on pensions. It is estimated that many freeters do not contribute to the state pension system. This system is already under strain due to the increasing elderly population and declining birth rate. Thus, the situation could continue to worsen with the increase of more freeters and pensioners along with the decrease of pension paying young workers. Also, with no pension, freeters may be forced to work past the usual retirement age to keep living.

It can be said that the decline of employees in “regular” employment with better education and more transferable skills means a decrease in the productivity of the economy. In extremities, if the number of skilled workers continues to decrease with an increase in freeters, the productivity of Japan will decline in comparison to other developed countries, and investments from other nations may fall with it. Furthermore, as freeters are paid less, the tax collected the government can collect will similarly lessen, along with the budget needed to build infrastructure nationwide.

As for the freeters, working in non-regular employment often means forgoing the benefits of a corporate union membership; therefore, they may be giving up protection against employment termination. Freeter jobs are generally less stable than their full-time employment counterparts, which typically offers life-long security within the company.

Once workers become a freeter or change to the freeter lifestyle, it is often difficult to obtain or switch back to a full-time career. This may be an issue for those temporary workers who are forced into becoming freeters when they still desire to start a salary-based career in the future. They may find it difficult to escape the low-income job trap and find a “regular” job due to lack of marketable skills. In the current employment system that is used to finding its employees straight out of university, it is difficult for companies to promote freeters to full-time positions. Although we are seeing a change in the employment situation, many corporations still prefer young, fresh workers as they are usually easier to train and are better long-term investment.

What can be the positive outcomes of Freeters?

It is not all negative though, the main benefits for the freeters themselves are the flexible hours and holidays as well as the opportunity to follow their dream or hone their skills while still making some money. Also, those who traditionally aren’t able to find a job outside a full-time one also have the option to work as a freeter, widening their employment options.

There are also positives for the employers; more flexibility and ability to take holidays often produce a happier, more refreshed and satisfied worker. While not in the best interests of the worker, it is also cheaper for companies to employ temporary workers as they are often not obligated to pay benefits that usually come with a salary job.

Many freeters live at home because they cannot afford to move out; for some, it is preferable to stay at home and having a disposable income. Not having to pay rent means that it is possible to spend more money on themselves. They can use the money on their hobbies and purchase items and goods, having a positive impact on the Japanese economy.

The move towards freeters and a turn from white-collar jobs also means an increase in entrepreneurship and creative freelancers. As young people’s ideals change and more people find different ways to support themselves, the availability of non-regular employment is also changing. Co-working spaces are becoming popular to meet the needs of increasing freelancers, start-ups, and entrepreneurs. With a move in the opposite direction from long-standing corporations, the younger generation of Japanese society may be moving towards a new way of working.

Increasing Furita? Is there a Problem in Japan with Freeters?

Freeters are often looked down upon by society, especially by the older generation, for rejecting the responsibility of adulthood. Of course, some freeters wish to do just that, but most freeters have different ideals.

There is an increasing number of temporary or part-time jobs available in the current Japanese employment system, which could be due to the change in young people’s ideals or a way for Japanese companies to find cheap workers without the need to pay them benefits.

It is still relatively unclear what the impact of an increase in freeters will have on Japanese society in years to come. As many freeters choose to work in low-income, low-skilled jobs, the impact on pensions and other social welfare is hugely worrying for Japan’s ageing population. Especially when lower-income ties directly to lower numbers in marriage and children in an already declining population. However, it could be said that an increase in freeters will start a change in the Japanese employment system, a move from a traditional and conservative workforce to one more open-minded and creative.

What do you think about freeters? Do you think Japan is on its way to moving from traditional workplaces and environments? Do you think freeters are a negative or positive impact on Japanese society? We would love to know.

For more information about Japanese labor laws and how they are different for various employment statuses check out this article:

What is it like to work in corporate Japan? Find out more here:

To know more about why women are increasingly waiting later in life for marriage follow the article below: