The story of DORAEMON: Dreams Come True with DORAEMON! | Guidable

The story of DORAEMON: Dreams Come True with DORAEMON!

The Story of DORAEMON

Have you ever imagined you could fly in the sky, travel in time, visit anywhere in the world or even go outside the earth’s atmosphere when you were a kid (or even now)? If you like to imagine those types of things, you would be attracted to one of Japan’s famous cartoon character named Doraemon (ドラえもん).

Doraemon is a male cat robot (who also looks like a blue raccoon) who came from the future to help a careless and lazy boy named Nobita. Because older Nobita had been so lazy and irresponsible in the future, his future offsprings were annoyed with his behavior. So they sent Doraemon to the young Nobita to help him change his manners and attitude. Doraemon arrives from young Nobita’s desk drawer suddenly to change the future by supporting him. Doraemon has many special instruments in his 4-dimensional pocket attached to his belly that makes him an attractive character for people all over the world.

They are now all well-known instruments. Don’t you think it could be wonderful to use them?

・Dokodemo-door;  it looks like an ordinary door but it takes you anywhere you want to go.

・Take-copter;  allows you to fly in the sky.

There are still many, many more instruments that make us enjoy watching Doraemon! 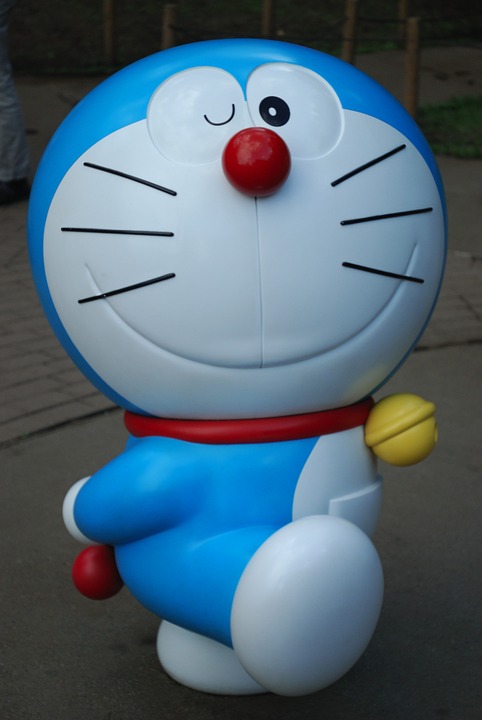 If Doraemon is a perfect, intelligent robot, this anime would have been so boring and end up with merely the tale of a boy growing-up. However, Doraemon sometimes has the same level of thinking as young Nobita does, so it doesn’t look like he’s helping. But over time the relationship between Doraemon and Nobita grows into very close friendship. He becomes a part of young Nobita’s group of friends. They’ve had so many adventures together in the past and the future, space, ancient times, under the sea, in parallel worlds, and so on. Doraemon is basically a funny gag anime but often times we’re really attracted by their friendship, their courage, and characters’ wisdom to get through difficult scenes! 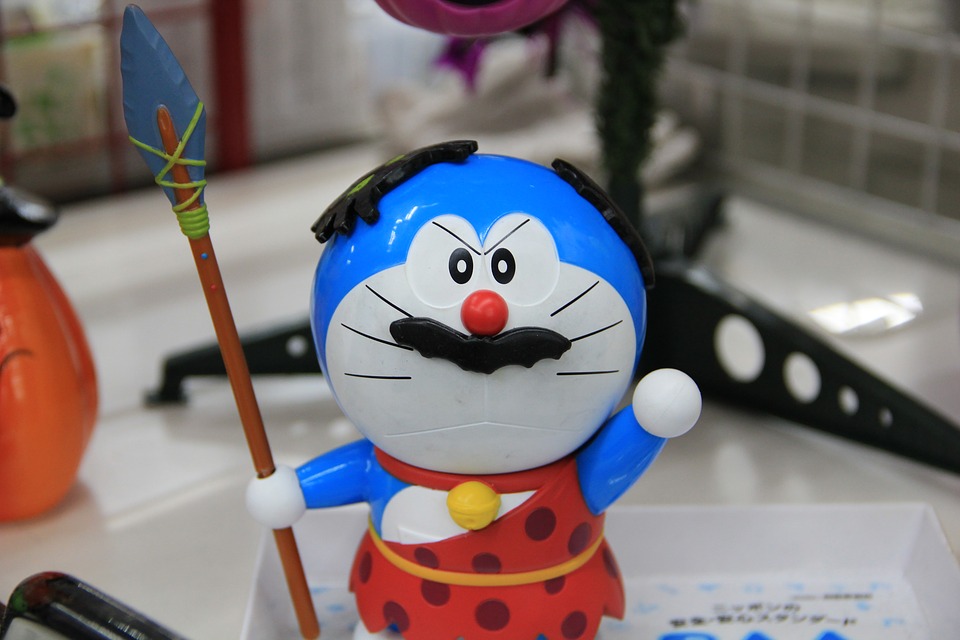 Fortunately, now we can enjoy the Doraemon world in the Fujiko・F・Fujio Museum located in Kawasaki City, Kanagawa Prefecture (http://fujiko-museum.com/english/). You can enjoy the author’s heartwarming atmosphere and see how he cares about children through the famous cartoon characters he has created. 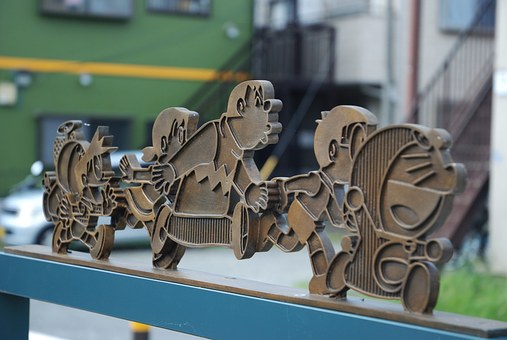 It is a very popular museum to visit and you need to make a reservation before the day and the time you want to go on schedule, to check and see if there is any vacant slots. If there is, you can reserve the tickets. Here’s a helpful website that shows you how to buy tickets in other languages too (http://l-tike.com/fujiko-m/). Don’t miss the great imaginary world of Fujiko・F・Fujio and expand your imagination just like you did when you were a kid!