We have winter solstice on a day of December (around December 22) in the Northern Hemisphere which is called Touji (冬至) in Japanese. The idea of Touji was brought from China hundreds of years ago. We have the longest night in a year on winter solstice, and the daytime gets longer from Touji day by day, so it has been considered as the beginning of a year. At the same time, because of the longest night, it has been reminded as death which is ominous for people. This is why the importance of Touji has been appreciated for a long time in Japan. Let us observe special activities on Touji in Japan. 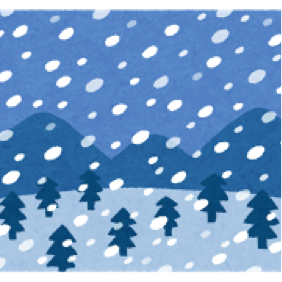 We dip citron bath (Yuzu-Yu) on Touji; fruits like citron (Yuzu) which smells strong has been believed to drive away the ominous such as demons or reapers.

In addition, it has been considered to be purification for welcoming a new year. When taking a bath with citron, we have three recommended ways.

#3: Float several slices of citron wrapped by cloth or nets

Interestingly, some public baths in Japan float plenty of citrons on Touji, so if you are living in Japan, check your neighbor public bath. 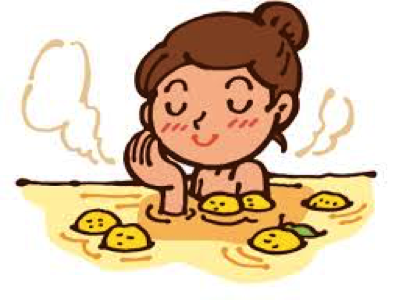 Pumpkins are popular to be eaten on Touji for the following reasons. We harvest pumpkins during summer, and they were preserved until winter for food shortage before. Soon pumpkins have been a symbol of sun (auspiciousness) to the opposite of a symbol of night (the ominous,) so they are preserved to be taken in (eat) on Touji in order to overcome the ominous. Pumpkins are simmered with soy sauce, sugar, Japanese sake etc. to be served on Touji. 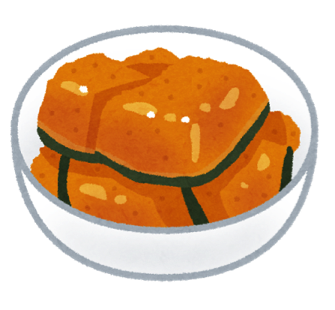 There are some other kinds of food than pumpkins that are good to be taken in (eaten) on Touji. The food including “nn”(ん) in its name are believed to be auspicious to be taken in (eaten.) Udonn (wheat noodles,) ninnjinn (carrots,) and rennkonn (lotus roots) are popular as well as nannkinn/kabocha (pumpkins.)

Thin rice porridge with adzuki-beans might be served in the morning of Touji in some Japanese families. Adzuki-beans are said to have power to drive away the ominous with its red color.

It gets very cold around the day of Touji in Japan; we have much snow in some parts, but we know that finding clues and following those for overcoming cold winter is quite important to make our lives enjoyable and meaningful. Would you like trying some of them?