Mystery Writers in Japan: Article 2 of 2! Female Writers That Send a Shiver Down Your Spine | Guidable

Mystery Writers in Japan: Article 2 of 2! Female Writers That Send a Shiver Down Your Spine

In my previous article, I talked about my favorite (male) mystery writers, but for reasons of length, I decided to divide this into two articles, the first (already published) dealing with the guys, and in the present article, I’d like to talk about some of the female (mystery) writers in Japan I like.

My interest in mystery novels of course also extends to the English-speaking world, but for whatever reason, I don’t really have that many female writers in that part of the world I really like. Also for whatever reason, in Japan, I have several female Japanese writers I consistently enjoy, and in the current article, I’d like to introduce a few of them. 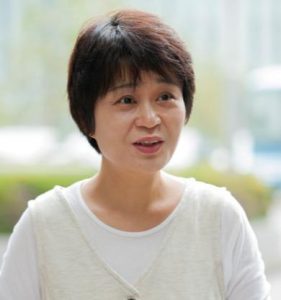 Of all the female Japanese authors I’ve read, her work is my favorite. She is also quite prolific, and of the ten or twelve of her books I’ve read, I particularly like Kasha, which was a book about personal bankruptcy and the problems engendered thereby, and takes place against the background of the bubble economy of the late 1980s, the explosion of real estate prices, and many of the problems (such as the extortion-like practice of swindlers purposely squatting in high-value properties) concomitant thereto. Her books are also easy to read, and of all of her books I’ve read, I’ve enjoyed them all. 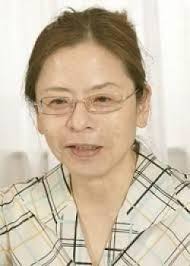 I’ve actually only read one or two of her books, but one of them, Makusu no Yama was a good read, and this book is related to many of her other books, and her other books I’ve read were interesting enough to warrant mentioning her here. 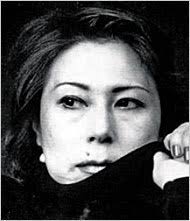 I originally read her work because she hails from Kanazawa, Ishikawa Prefecture, where I first lived in Japan. I’ve read several of her books, and on the whole, they are DARK BOOKS. I mean REALLY dark, but at the same time, interesting. In particular, her novels OUT, Gurotesuke, Zangyakuki were all quite dark novels, and in particular, Gurotesuku and Zangyakuki were both roughly based on true stories (Gurotesuku was based on a true story called the OL Touden Satsujin Jiken, in which an elite female member of the corporate world, who for whatever reason, moonlighted as a street-level prostitute and was murdered). If you can handle somewhat dark mysteries, then you will probably like her work. 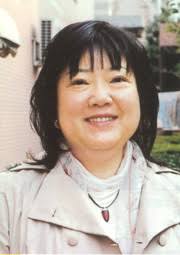 This talented lady has also written some rather interesting books. I’ve read a good number of her books, and of those, I especially liked is Kinryoku. This book is a collection of short stories (tanpenshousetsu) about the internal affairs department (the police who arrest police officers) and various cops who get arrested for various and sundry reasons. It was a very interesting book, and I like learning about how the government and the police and the courts etc. work in Japan. The scenes where the IAD officers confronted the officer in question were particularly well written, and they viscerally engendered in me that feeling I used to get when I was a kid and was called into the vice principal’s office. You know how those went, right? The guy asks you a question, almost begging you to deny it, because he KNOWS you did it. He’ll say something like, “so, are you saying you WERE NOT at ….. shop last night”? Of course being guilty as hell, your gut tells you to deny it, but from the way he asked it, you KNOW that he knows. So when you say, “I was not there,” he rubs the bridge of his nose and then displays his full house of evidence to your single pair of nonsense, and you just know the jig is up. Pretty much every story ended like this, and there was a palpable Schadenfreude sense every time. I read this book almost six years ago, and I still vividly remember it (and for someone who reads almost 100 books a year, this says something, because most books, within a few months, I almost completely forget). 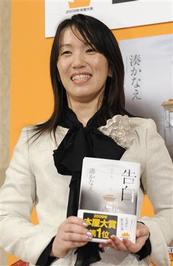 I’ve only read two or three of her books, but her most famous book, and this one has been translated into English, is Kokuhaku (“Confessions,” I believe, is the English translation) and is quite good (and rather dark). In this book, a young female teacher in a junior high school seeks revenge against two of her miscreant students who murdered her infant daughter. To get into details would be a huge spoiler (neta bare, in Japanese), so I’ll just say this: if you read this book, you will find it very difficult to drink milk for a while. This book also addresses some recent social problems in Japan, such as the hikikomori phenomenon (the tendency of some young Japanese people to become recluses, where they don’t leave their rooms for, sometimes, years at a time) and the ijime (bullying) problem in schools.

As with the male Japanese mystery writers I introduced last time, these female authors are also consistently entertaining and, for the student of the Japanese language, they provide books that are not only entertaining but that are also great resources for learning the spoken language.

To know more about the male Japanese mystery writers check out the previous article here: https://guidable.co/culture/japanese-mystery-writers/