Mystery Writers in Japan: Article 1 of 2! Male Writers That Keep You on the Edge of Your Chair | Guidable

Mystery Writers in Japan: Article 1 of 2! Male Writers That Keep You on the Edge of Your Chair

Reading is one of my hobbies, and though I will read any genre of book (sci-fi, romance, historical fiction, etc), my favorite genre is mystery/suspense. About ten years ago, my reading ability in Japanese got good enough that I could, with the liberal use of a dictionary, plow through a cheap detective novel in Japanese. Over the last ten years, I’ve found about a dozen Japanese writers I really like, though many of these authors are not known in the west, and few of their novels have been translated and published in English (unlike Murakami, for example, who could probably get his grocery list translated and published in English). Most of these writers write mainly in the mystery/suspense genre, and I would like to introduce them along with a few words about some of their best works. In today’s article, I will talk about some male authors I like. In a later article, I will introduce some female authors I like (to include all in one article would make this excessively long). 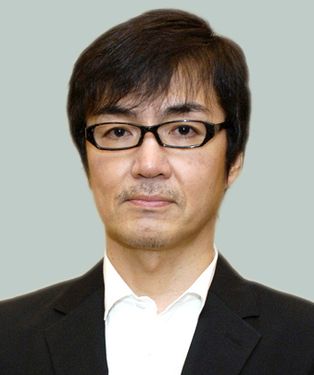 This author’s books were the first I read in Japanese. Higashino Keigo is prolific in Japan, and the joke that has developed in my book club is that half of his books are naked attempts to get TV or movie development deals. They read easy, and they have a lot of character conversations (which is very useful for the non-native Japanese speaker who wants to learn useful vocabulary). Even his so-so books are, if nothing else, entertaining, and I have rarely read one of his books (and I’ve read about 40 or 50 of his books) and regretted having done so. Having leveled these critiques, when he puts his mind to it, he can put out some very memorable, moving novels. His best novel, in my humble opinion, is Byaku Yakkou (I think it was finally translated into English), Akai Yubi, Ryuusei no Kizuna, Tegami, etc. Higashino Keigo, in addition to independent novels, has also continued with several series, the two most famous of which are the Kaga Keiji Series (Detective Kaga Series) and the Galileo Series, and of the two, the Kaga Keiji Series is far more interesting, though, and I don’t know why, the Galileo Series has been widely translated into English (Yougisha X No Kenshin-The Dedication of Suspect X, Manatsu no Houteishiki (A Midsummer’s Equation) etc. Anyway, this guy is a good place to start reading Japanese. 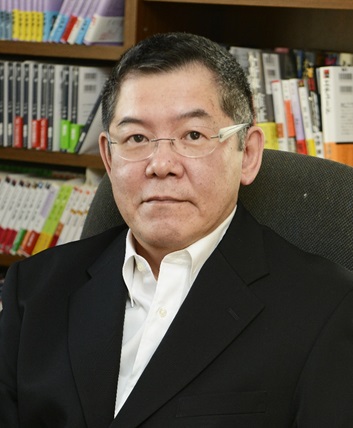 I only stumbled across this author about two years ago. This author is perhaps even more prolific than Higashino Keigo, albeit not as commercially successful. He has written DOZENS of books, and of these, several are full series. The series from this author I recommend is “Inpei Sousa” (has not been translated into English, so perhaps “Hidden Investigation” would be an appropriate translation of this title). This series details the specifics of the Japanese police bureaucracy, and the main character, Ryuuzaki, is one of those characters whom everyone hates at first but, in the end, winds up liking. As far as I know, none of his books has been translated into English (I could be wrong, but an Amazon search seems to indicate this), but his books, and in particular, this series, is easy to read and quite entertaining. 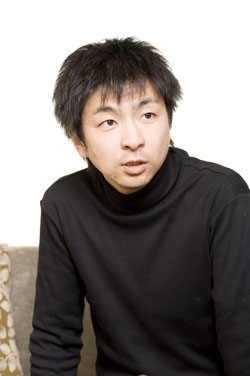 One of my favorite authors. Many of his books could be classified as mystery or suspense, but really, they have an atmosphere of their own that is difficult to pigeonhole. For example, the first of his books that I read was Shinigami no Seido (The Accuracy of the Grim Reaper). In this book, the main character was a Grim Reaper, though this grim reaper was a jaded salary man who grudgingly carried out his duty (taking lives) as a quota. His book Gurasuhoppa and its semi-sequel Mariabitoru are also very entertaining and definitely worth a read. His books are all easy to read, and many of the exchanges between the characters are humorous to level you will find yourself laughing out loud. 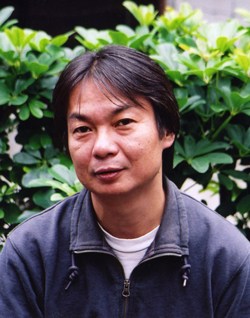 Also one of my favorite authors, this guy reminds me a bit of Isaka Kotaro. His work can also (roughly) be called “mystery” or “suspense,” but a lot of his stuff is also hard to pigeonhole. I’ve read many of his books, and my favorites were “Yuukai Rapusodi” (Kidnapping Rhapsody) and “Bokutachi no Senso” (Our War). His work is also easy to read, and the exchanges between the characters are entertaining and include a lot of vocabulary and expressions that prove useful for the student of the Japanese language. 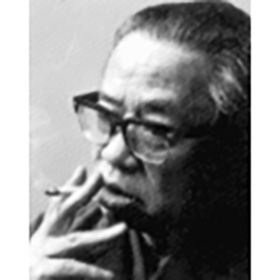 This author, unfortunately, is no longer among us, having died almost 25 years ago. Matsumoto Seicho was a prolific writer during the Showa period in Japan. He wrote mainly mysteries and detective stories, and his best book, in my humble opinion, is “Suna no Utsuwa” (which should be (literally) translated as “Sand Container,” but when translated into English, was unfortunately translated as “Inspector Imanishi Investigates”)). One of the things I like about reading his books is the language, which reflects the time they were written (it is always surprising to me how much the Japanese language has changed from the postwar period to today).

All of the authors I have introduced today are relatively easy to read and include a lot of character dialogues, and from these character exchanges, the reader can pick up and learn some very useful colloquial Japanese. In addition to being an excellent study resource, all of these authors consistently put out entertaining books that, aside from their value as a study resource, are simply great books.

To learn more about my recommendations of female Japanese writers read the article here: https://guidable.co/culture/japanese-female-mystery-writers/