Osouji! Japanese New Year Cleaning: How is it Different From Spring Cleaning? | Guidable

So, does anyone else deep clean their house once a year? In spring, or at the end of the year? This type of cleaning is known in the U.S. has spring cleaning, while in Japan, it is an end of the year tradition.

Although many Japanese people do not know this, it is deeply related to religion. Besides, many people in Japan do not want to welcome New Years’ in a dirty home. It makes them uncomfortable, and many often feel remorse for not taking part at this end of year tradition. 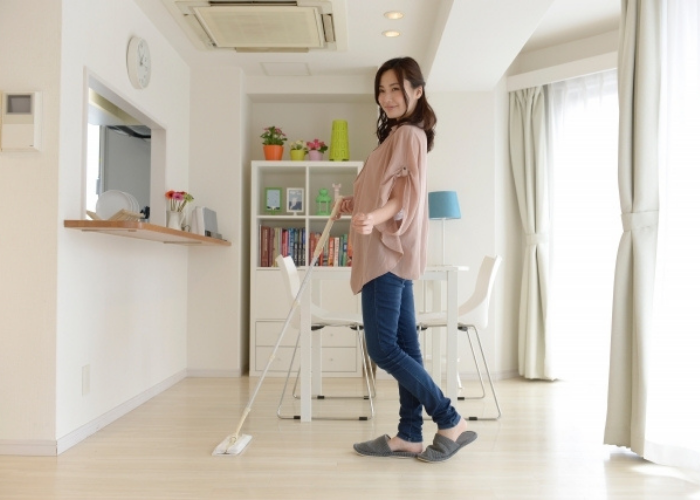 This end of the year cleaning tradition is done at home and work and schools as well. When it is done at companies or schools, the date is usually decided, and all workers or students participate. It can be viewed as a bit rude if individual workers decide not to participate in it. This is view has a chance to clean up areas they cannot clean or reach every day. It is one of the prominent and essential yearly events in Japan, and as a result, regret can set in if they do not participate.

Why did this become a custom, and why is it still kept till today?

The history of housecleaning, especially during this time of the year, has been traced back to about 1,000 years. This article introduces house cleaning history in Japan and explains how people in Japan follow the custom now.

People in Japan and Reasons for New Years Cleaning

Also, so that they could get a good fortune from the gods, it is believed that the end of the year house cleaning custom was started in the Heian period (from 794 to 1185 or 1192) in Japan. This means the custom may have been around for more than 1,200 years! Another custom that comes among people in Japan is when people in Japan buy new underwear for the new year and then wear it in the New year to welcome the new year.

There are still some people in Japan who keep this custom. As you can see from the above customs, Japanese people do not like to bring something wrong or dirty into the New Year, and they want things to be a clean and fresh beginning. It is also seen through a party held at the end of a year called “Bonen-kai” in Japan. “Bonen” means to forget the year, and “kai” means a party.

As you can see from this word, the party is held to forget some bad memories or experiences from that year. This type of party is celebrated among friends or family but company members and workers. You also may be asked to join it if you belong to something in Japan, and it is very nice to experience and enjoy it! As you can see from these customs, the new year is an extraordinary event for people in Japan, and they prepare for it right from the end of the year before. It is a time to focus on newness and forgetting the old dirt from the year before. They want to be able to start afresh with the gods and be as happy as possible.

Differences Between the New Years Cleaning and Spring Cleaning

In the U.S., it is expected that people clean up their house in spring and not at the end of the year; this is called “spring cleaning.”

Why is the house cleaning done in the spring rather than the end of the year?

Many U.S. Americans believe that house cleaning is much easier done in the spring, after the snow melts. This time of year is more comfortable for them, is that after the winter use of the air conditioner for heating, the spring is seen as a time to clean it and start afresh. Besides, they can also check whether there are any troubles on the roof or chimney of the fireplace in their house after the snow’s melting. 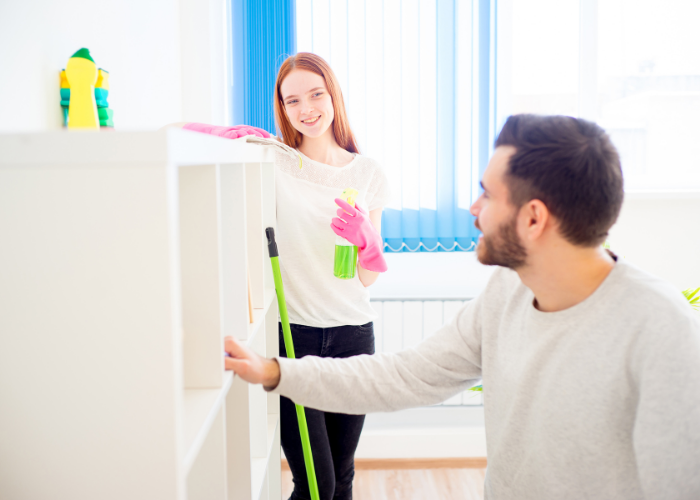 Initially, it is believed that people in the U.S. started to do house cleaning in spring because many homes back in the days had fireplaces that used original firewood. Because they used it all the time in winter, they needed to clean away, and it is said that the custom of spring cleaning has started for cleaning their fireplaces.

It is near impossible to clean the chimney during the winter when it snows. So the Spring cleaning custom spread across the U.S. Compared to this, there were very few houses where fireplaces can be found in Japan. As a result, cleaning in the spring never really became a part of the Japanese culture.

In addition to that, Christmas is more important for people in the U.S. than the new year. Usually, all family and their relatives gather at their home on Christmas day.

In Japan, people clean up their house and the place where they work or an organizational gathering area that they belong to at the end of the year.

The office is also one of them, and there are many companies where all workers need to participate in cleaning the company building in Japan. Usually, a date is decided, and almost all workers stop their jobs and start to clean up on that day at such companies. It depends on each company where they need to clean up, but they need to clean their desk. It is also seen as more polite and helpful to help others clean or clean more than your own space. If you belong to a Japanese company, particularly one in Japan, you may be surprised to see all staff stop their jobs and participate in the cleaning at some companies. 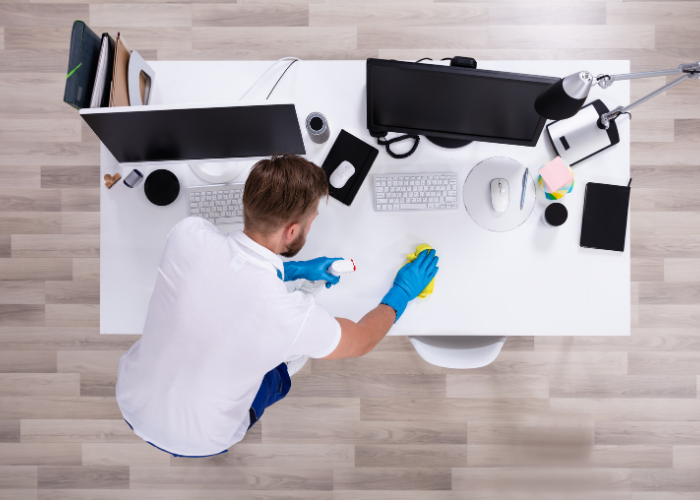 It may be impolite if you do not participate in it, so I recommend confirming the cleaning day’s schedule in advance.

Year-end cleaning is done at schools as well, and usually, all student bodies participate in it.

But students are always cleaning up at school every day in Japan!

This type of practice is usually a surprise to people overseas because there are many countries where students do not do this in the world. There are usually cleaning staff in these countries, and students do not need to clean their classrooms. The different ways of thinking has caused this to happen. For example, in Japan, it is said they started this custom because of Buddhism. In Buddhism, it is essential to clean up to keep minds clear and pure. Therefore, students are educated to clean their classrooms every day at school. 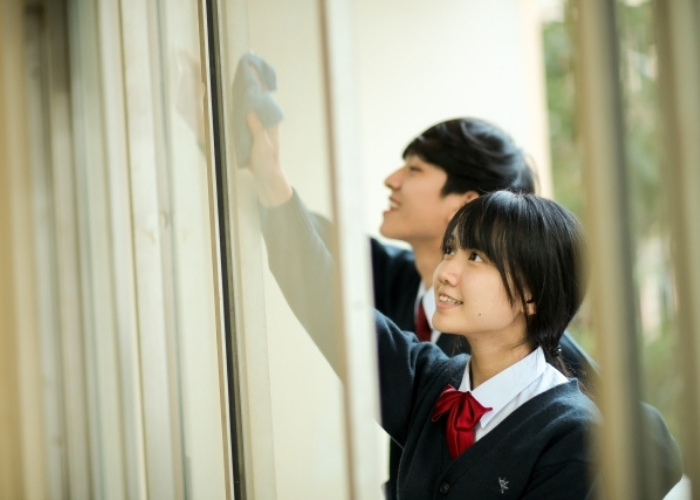 On the contrary, it is believed that students need to focus on study, and they should not take time for cleaning in the USA. Some people see this concept as a problem because they often dirty the classroom with chewing gums under the desks.

They believe that the lack of sanitary training among students allows them to exhibit this behavior. In Japan, the cleaning is usually done after lunchtime or after a particular class, and it is expected at almost all schools. Due to this everyday cleaning practice, the end-of-year cleaning customs are not so unique among school students.

However, it is done at a much more comprehensive range than usual, and they clean where they cannot clean up every day usually.

New Years Cleaning As a Unique Culture in Japan

I hope you can better understand why people in Japan deep clean their homes at the end of the year. It is very different from spring cleaning done in the U.S., and the purpose of cleaning is also different. Whereas people in Japan think new year’s day is special, people in the U.S. think Christmas is much more special and essential than the new year.

In addition to that, the style of houses is also different between Japan and the USA.

Although there were very few houses that have fireplaces and chimneys in Japan, the situation was different in the U.S., and people needed to clean them up after the melting of the snow in the spring. Therefore, it was very natural for people in the U.S. to do house cleaning in spring, and the custom of spring cleaning has spread there. 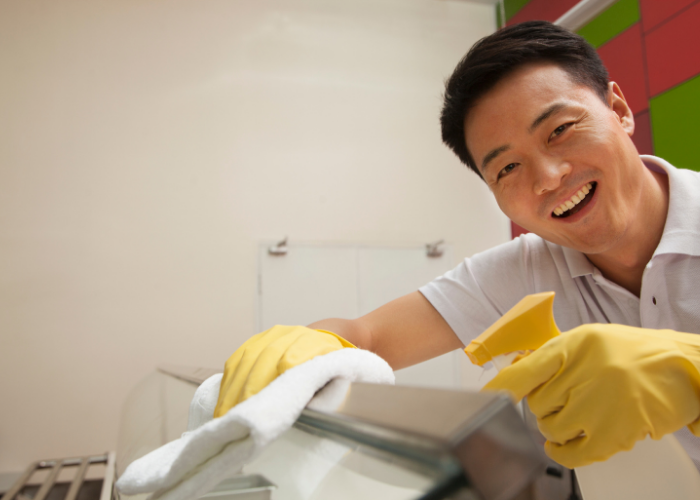 Compared to that, it was more suitable for people in Japan to clean their house up to welcome the gods with a clean house at the end of the year. They believe that the gods will bring them a fortune, and they think doing house cleaning is one way to show their respect toward the gods. As you can see from this article, cleaning is very different in each country, and I believe it is essential to understand and converse on these differences. Let me know what you think in the comments below, and let’s enjoy the year-end cleaning in Japan so that you can welcome the new year with fresh feelings!