Metal balls, incredible noise, a lot of people, most of them are oji san are sitting in a row, often smoking, behind a weird-looking that resembles both slot and pinball machines. If you think it is gambling, think again, because according to the Japanese Criminal Code chapter 23, gambling, except for sports betting is banned in Japan. Although hold on, you might be right about pachinko, it is indeed a form of gambling that the Japanese government prefer to ignore. “Why” you might ask. The answer is the pachinko industry is huge and brings a lot of money in form of taxes. The business generates 200 billion dollars. That is 30 times more than Las Vegas. 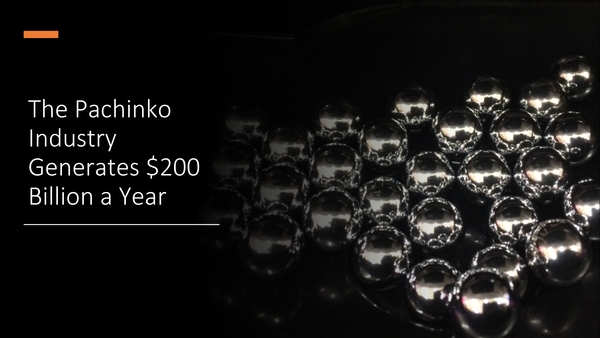 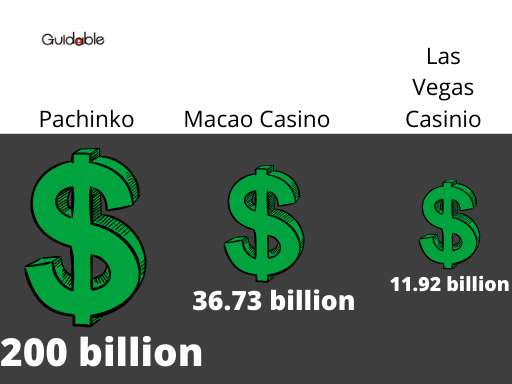 Surprisingly, pachinko was inspired by children board games like “Corinth Game” and “Bagatelle” that were imported to Japan between 1912 and 1926. Another source of inspiration was Billard Japonais, ‘Japanese billiards’, which if you look on it today, might indeed remind about the modern pachinko machine.

Pachinko parlors all around Japan were closed during the second world war but came back to life in the late 1940s thanks to the work of Takeichi Masamura who is now referred to as the “god of pachinko”. He was the person who created the modern pachinko which all the later pachinko machines are based on. His invention led to the first pachinko boom in Japan.

What is interesting, the pachinko industry might have been saved by the Japanese but today, most of the owners are ethnically Koreans (80%). The reason behind it is the fact that it was hard for ethnical Koreans to find a job in their “homeland”, Japan, and pachinko become one of the few places where they can be hired. It is believed that some pachinko owners support Noth Korea’s political regime and regularly send part of their profits there. 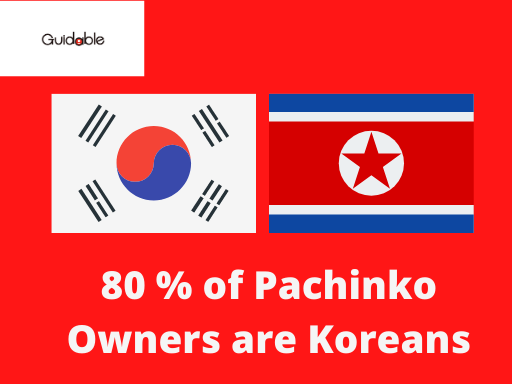 How To Play Pachinko

There are many different types of pachinko but most of them have a common game mechanic. First, you rent the metallic balls from the owner. Then the player loads these balls which are not only an ordinary game object but the player’s bet and the prize too into the pachinko machine. After pressing a button, the balls are set in motion and moving along a metal track and then fall into the playing field. It is filled with a lot of brass pins and a few cups that the player hopes the balls will enter. If balls fall into the cups that means that the player “won” and he/she will get additional balls to play with. Those that did not enter the caps will fall and leave the player with nothing unless some balls entered the cups. That is the simple basics but modern pachinko machines are adding additional gameplay like slot games after the balls entered the cups. Besides, many machines are branded today, meaning that not only are they pained in the style of your favorite anime like Evangelion but also celebrate your win by showing videos from the anime on the pachinko’s screen. They also make incredibly noise sounds, the kind of sound the machine would make if they were angry, but pachinko players don’t mind it. They know that these sounds are the sounds of victory. 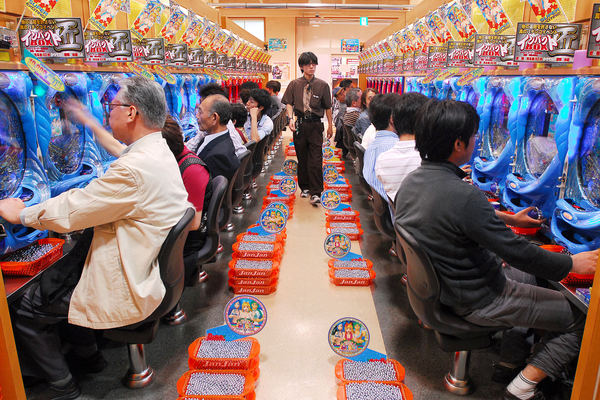 As it was said before, gambling is illegal in Japan. Still, you can get a monetary prize thanks to a loophole in the gambling law. Under the law, a person cannot get a reward in form of the money but can get a reward in form of a prize. If a player wants to get his reward he/she must push a special button on the pachinko machine that calls the parlor’s staff. The staff will take all the balls the player won to the counter to count the number of balls. The player then receives a voucher or card with the number of balls stored in it from the staff member that can be exchanged for “small” prizes like a lighter or a cholate bar. If the player won enough balls he/she can exchange balls for “special prizes” like a bike, tv, gold-made product, etc. The “special” prizes can be exchanged for money in the establishment that is usually located nearby or in the other part of the same building. This is how pachinko parlors avoid problems with the law.

The pachinko industry is for sure, lucrative but it’s been in decline in recent years. Nippon.com reports that the number of authorized pachinko parlors dropped below 10,000, falling by 421, year on year, to 9,639. The number of machines dropped by 80,000 in the same year. One of the possible reasons may be an overall decline of the Japanese population or that the younger generation is not that into playing with metallic balls.

The pachinko business like a lot of others that rely on the physical presence of the customer was hit by the COVID pandemic. However, the pachinko owners didn’t want to follow the government’s COVID guidelines refusing to shut down the business. The Tokyo Metropolitan government even offered 1 million yen to convince them. Those who refused went through one of the toughest Japanese punishment, public shaming. 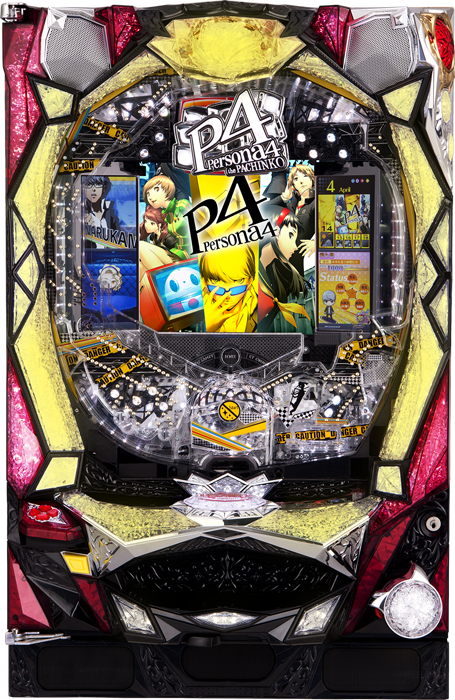 Pachinko is a Japanese Phenomenon

Pachinko is a uniquely Japanese phenomenon that is not very well known abroad. However, recently, Japanese tourism agencies started offering pachinko tours to foreign tourists. Does the industry want to compensate for its decline by attracting foreigners? Will we see people of different nationalities lining up in front of the pachinko parlor waiting to play their favorite game? That would be an interesting scene to watch.