What is the Significance of Japan’s ‘Meibutsu’? | Guidable

What is the Significance of Japan’s ‘Meibutsu’?

This is perhaps the most important question that needs to be answered first! ‘Meibutsu’ or 名物 in Japanese characters (which literally means ‘famous things’ in Japanese) are specialties of different regions in Japan, from food to clothing, to drinks, to cultural traditions and activities or objects and artefacts. This is a very special and unique cultural phenomenon and plays an important role in Japanese society and the tourism industry. Meibutsu are sometimes also known as ‘meisan’ or 名産 (which means ‘famous products’).

Meibutsu can largely be divided into two categories, with some more popular and widespread across Japan.

The first is known as ‘Tokusanhin’ or 特産品 (literally meaning ‘specially made products’). These are foods and edible or agricultural products from specific regions of Japan and are often bought as souvenirs and gifts. More on this later.

The second is Japanese arts and crafts, which are made in different regions using traditional techniques by locals or using local materials. 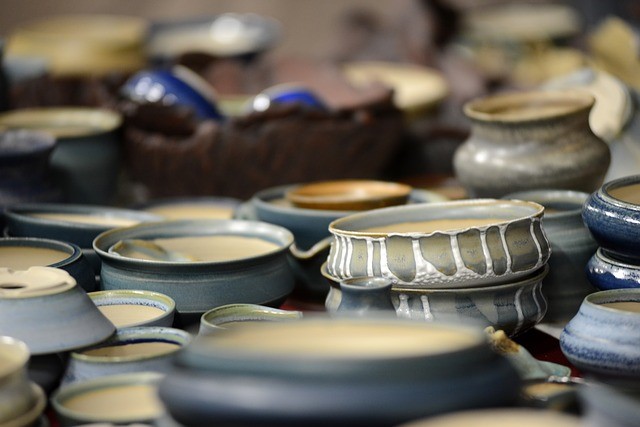 In times gone by, there were other categories of meibutsu too, but the following three are quite archaic today. These include supernatural items, such as the bitter powders of a village called Menoke, which was popular in the Tokugawa period and were said to be able to heal a variety of illnesses and ailments. Other meibutsu that border on the supernatural or mythological include the fire resistant salamanders that live in Hakone. Lastly, other meibutsu include prostitutes in locations like Akasaka and Shinagawa in Tokyo who are said to have lured people to visit them, in doing so giving the local economy a boost and encouraging interactions between people from various socio economic backgrounds.

Due to the long and narrow shape of the Japanese archipelago bordered by the Pacific Ocean in the East and the Sea of Japan in the West, the country enjoys a huge variety of climates and cultures as you move up and down in latitude. Perhaps you are familiar with the fact that there is excellent powder snow ideal for skiing in the northern region in Hokkaido whilst at the same time, coconuts and palm trees sway in the breeze against a backdrop of pristine white beaches and turquoise waters in Okinawa and the surrounding islands in the south of Japan.

With these completely polarized climates naturally come different cultures as people adapt and thrive in their surroundings, and of course, different foods and regional specialties that local people are proud to produce and share with the rest of Japan and the world. 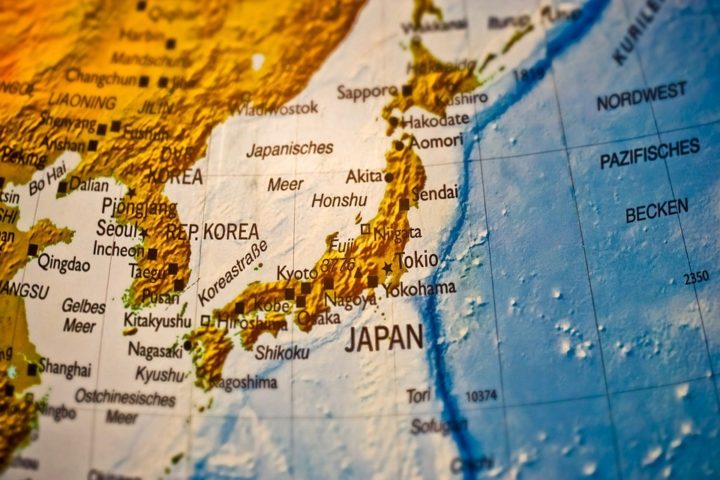 Meibutsu are important for a number of reasons. The author Evelyn Adam wrote in her 1910 publication entitled ‘Behind the Shoji’: “There are dozens of all varieties, useful and useless, dear and queer, sensible and silly…” Nothing describes the huge spectrum of different Japanese meibutsu more than that!

They are important as souvenirs and gifts

Japan is a society that revolves a lot around hospitality (or ‘Omotenashi’, おもてなし) and generosity. For anyone who has visited or lived in Japan, you will be very familiar with the custom of giving gifts at almost any occasion.

For those working in Japan, if you have been on holiday or away from the office for a while, it is customary upon your return to bring ‘omiyage’ お土産 souvenirs or small gifts from your holiday destination. The thinking is that these small but thoughtful snacks or items will appease your colleagues and make them feel better about that they were not on holiday themselves. The perfect solution for having to always think about what to buy from your time away is the meibutsu from the place you were visiting! Most Japanese regions have a specific (and sometimes very famous) meibutsu that is available to buy in gift shops or at train stations and airports, making it a convenient choice. In larger airports or train stations such as in Tokyo, gift shops will even provide meibutsu from regions all around Japan, to help travelers who have forgotten to buy them while they were actually there get the appropriate souvenirs from the region. For example, Shinjuku station in Tokyo has shops with shelves stocking meibutsu from places all over Japan, not just Tokyo! 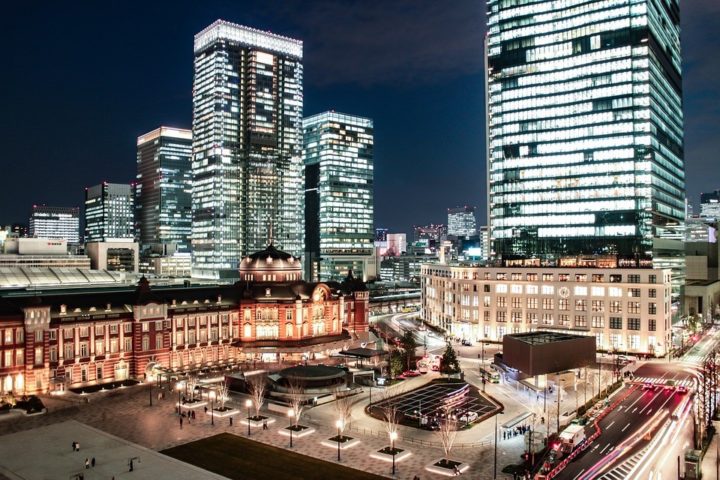 If not for meibutsu, what else would people give each other in a culture of giving so ingrained in a society such as Japan’s?

They are important to boost local economies

The widespread, and sometimes even international, fame of some meibutsu (and even if they are not famous) has led local regions to capitalize on their popularity, thus bringing capital into the area and boosting the economy, providing job opportunities to local farmers, artisans and small companies who can make these foods and items. The branding and marketing campaigns are also important, and meibutsu are often featured on Japanese daytime television, promoted by celebrities or talk show hosts who travel around the country to sample, review, and recommend them.

Another important location where you can see different meibutsu in the area and buy them are at ‘Michi no Eki’ 道の駅, or roadside stations. These are pit stops located along the side of the road in many rural areas for cars traveling in or through the region. They have toilets and restaurants readily available and, depending on the location, sometimes even onsen hot springs and other facilities! A lot of Michi no Eki stock locally sourced fruit, vegetable and other produce alongside the meibutsu of the region. They have become an important part of local, especially rural, economies and provide a gateway for regional specialties to be made available to tourists and travelers. Some tourists even go on Michi no Eki tours – journeying from one to the next and picking up their favorite delicious meibutsu along the way!

Many meibutsu are foods and practices that have been grown or existed in the region for many hundreds of years. Being able to produce and sell these in the present day is a significant part of conserving and promoting unique cultures and traditions that might otherwise not be known about!

Another interesting aspect of this is when they are combined with modern day phenomena. One example is the popularity of Yuru Kyara mascots. These often cute and beloved characters represent different regions and are sometimes specifically related to the meibutsu of the area. Kagawa Prefecture is a good example of this. Its prefectural mascot is called ‘Udon-Nou’, or うどん脳, which literally means ‘Udon Noodle Brain’. The mascot character has white Sanuki or Shippoku udon noodles, the meibutsu of the region for brains! 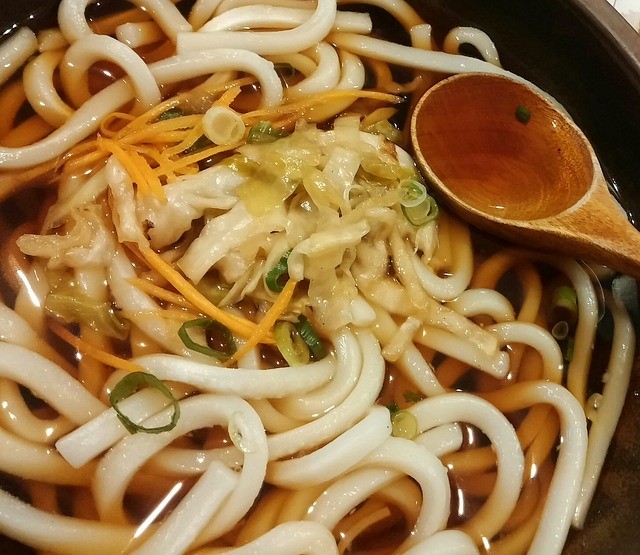 Meibutsu give local people something to take pride in creating and giving to their friends, family, and workplaces, as well as selling to people who come and visit.

What are some of the most famous meibutsu?

There are thousands of meibutsu around Japan, but some are more famous than others! Here is a few of the most popular and well known items from around the country.

Aomori is famous for its very round, large, crisp and bright red apples that are even exported around the world. When you visit Aomori, you can savor all the different apple-based products and partake in activities such as apple-picking! 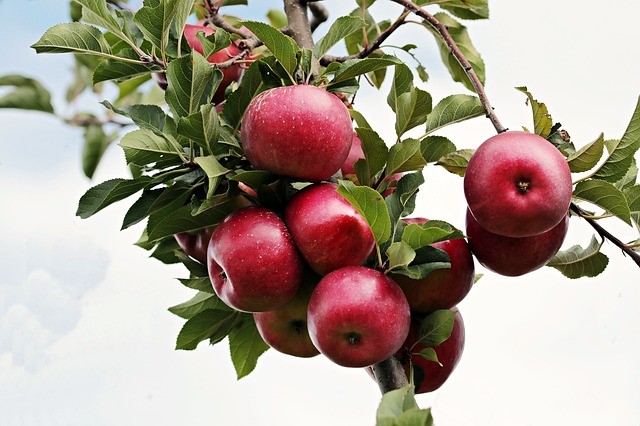 This popular dish consists of a hot soup with lots of spices, often with chicken and stacked full of seasonal vegetables. Dip the rice, which comes separately, into the soup with a wooden spoon.

For ramen lovers, the southernmost of Japan’s four islands – Kyushu – specifically, the Hakata and Fukuoka regions are the best places to head for steaming hot, thick pork bone broth ramen. 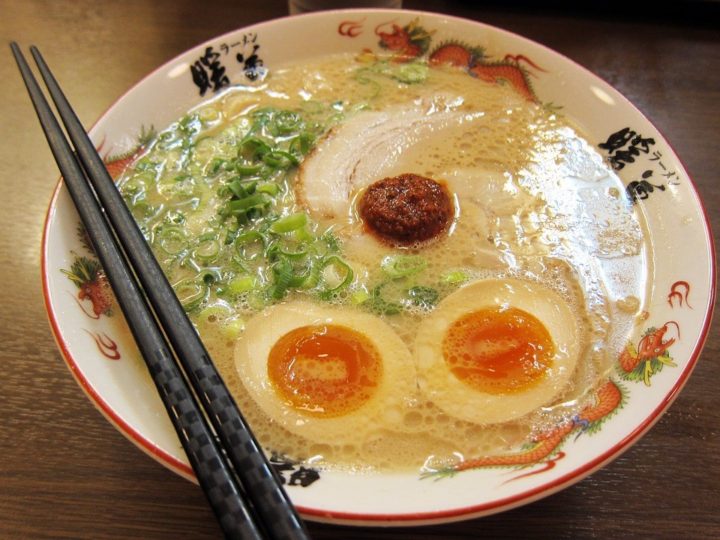 This triangular soft sweet is made from sticky rice, sugar, and cinnamon and is a very well-known souvenir from Kyoto. Often with a sweet red bean paste filling, yatsuhashi are sometimes filled with chocolate, custard, green tea flavoring or other unusual tastes instead! Kyoto is also famous for producing the matcha green tea that is enjoyed all over the world today, so you can try and buy all kinds of green tea variations, from sweets to soba noodles, even green tea flavored curry! Yudofu boiled tofu is another well-known meibutsu of Kyoto that is particularly delicious in winter. 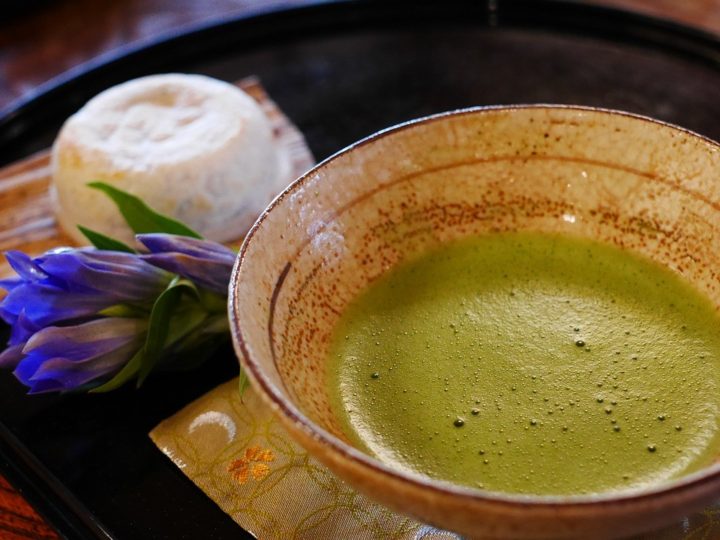 The purple lavender fields of Furano and other locations in Hokkaido are famous across Japan, as are lavender based souvenirs such as beauty products and desserts. The lavender fields themselves are also a popular tourist destination. 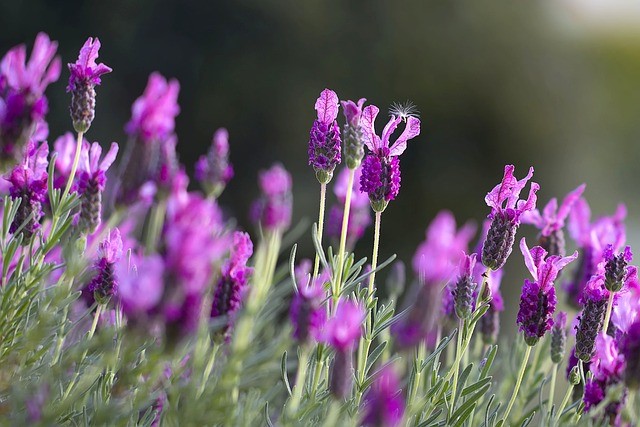 The world famous Kobe beef originates in the Kansai region. This tender and delicious beef melts in the mouth and is a must for visitors to the area. Kobe also has a lot of sake distilleries and produce some of the highest quality rice wines in the country. 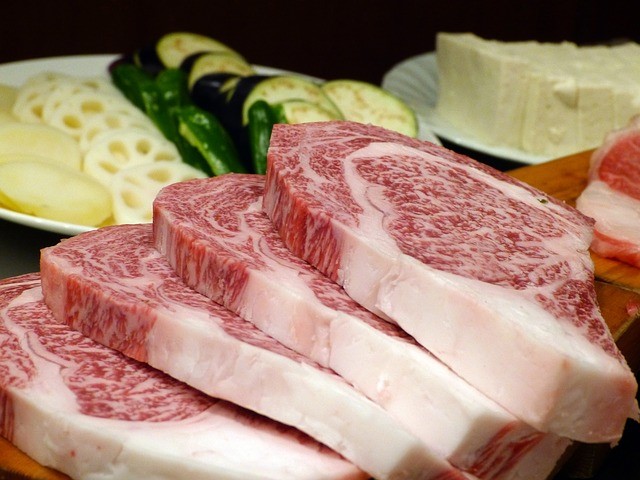 This delicious fruit that is almost a cross between a grapefruit, lime and yuzu is a light and refreshing taste from Oita Prefecture. Find anything from cookies, ice creams, cakes, jams and jellies made from this unusual citrus.

Described by some as ‘seafood heaven’, the fish in Kanazawa is some of the best you can get. Visit a local market to sample some of the most tender and delicious sushi and sashimi in Japan. Kanazawa is also known for its extremely high quality gold leaf that you can buy on beautiful handcrafted items like jewelry boxes or dishes, but even edible products such as ice creams and cookies or floating in sake rice wine. 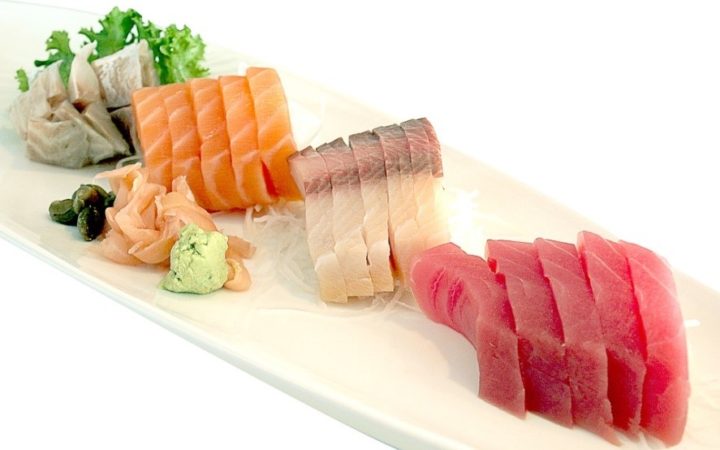 Osaka is famous in Japan for being the best at delicious street food. Two of the most famous are ‘takoyaki’ battered octopus balls to be enjoyed fresh and hot with mayonnaise, a sticky brown sauce and seaweed and bonito flakes, and ‘kushikatsu’, which is deep fried vegetables and meat stuck on wooden skewers and eaten at informal restaurants after dipping in a sweet sauce. 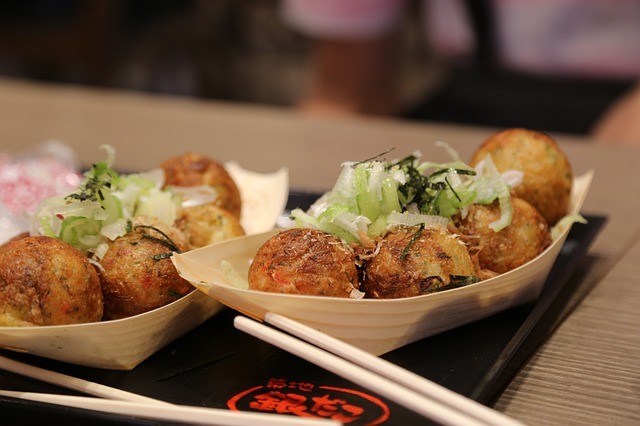 Wakayama is renowned for its delicious umeboshi pickled plums and its sweet, bright mandarin oranges. It is a major producer of these items; if you have ever eaten either of these whilst in Japan, the likelihood is that they were made in Wakayama! 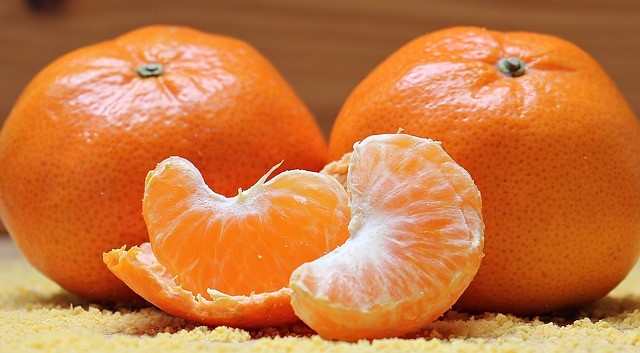 There are many varieties of this cute and simple traditional wooden doll with no arms of legs, but the most famous is found in Miyagi Prefecture in northern Japan. These are often made by local artisans, each with a unique touch that makes them a wonderful gift for friends and family. 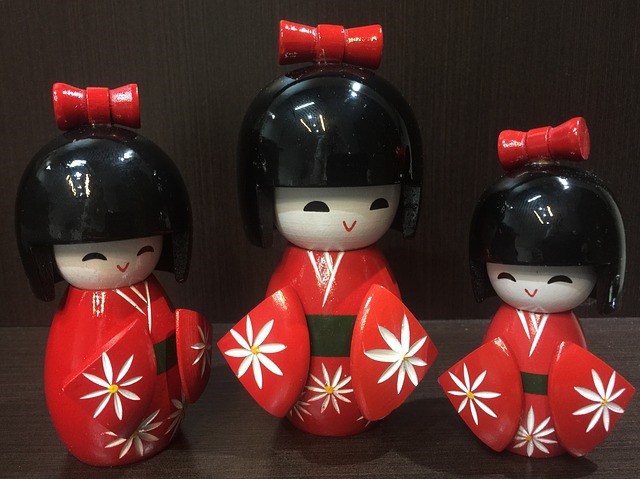 What do you think of meibutsu?

Not very many other countries in the world have a culture similar to that of meibutsu in Japan. Perhaps due to Japan’s geography and climate or its tendency to and belief in seeing significance, beauty, and value in the most seemingly mundane of things, meibutsu is an important part of Japanese culture and something that visitors to and residents of Japan are exposed to regularly and have the opportunity to enjoy.

What meibutsu will you be buying on your next trip to somewhere in Japan?