Why Do Japanese Women Cover Their Mouths While Laughing? | Guidable

Why Do Japanese Women Cover Their Mouths While Laughing? 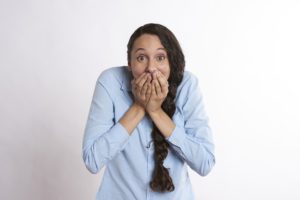 When you’re talking to Japanese women, many of you may have noticed that many usually laugh with their mouths covered by their hands. Even when they’re not eating anything, their hands are often hovering on the lower face, naturally trying to cover their opened mouths!

Laughing or smiling is a very ordinary human expression that indicates happiness, so why do Japanese women tend to cover their mouths while laughing? For international students or expats who lived in countries where hiding your mouths is not a norm, you might think this is abnormal and unnecessary, but there are interesting reasons for this feminine habit in Japan which will be introduced in this article.

1. The “Elegance of Silence” 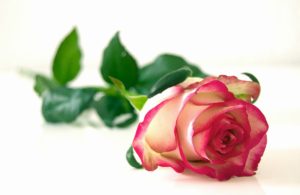 The first reason for Japanese women’s reflexively covering their mouths while laughing is a special Japanese manner, known as the Yamato Nadeshiko style. This is a term to describe a typically charming and sweet Japanese woman with a strong spirit. The name of the style came from a flower called Nadeshiko. If a Japanese lady is said to be like Yamato Nadeshiko, it means she is very lovely and she should always take it as a great compliment.

Covering your mouth while laughing means not showing your obvious reactions, and keeping your emotions subtle and shy. This is considered graceful for ladies in Japan. Many Japanese women aim toward this ideal image and follow it as a social norm subconsciously without recognizing they’ve actually started this gesture. We can understand that covering one’s mouth while laughing is one of the traditional etiquettes for Japanese women. 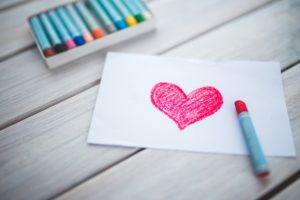 Many Japanese men love the type of women who are seen as gentle and cute. Covering the mouth while laughing is a motion that can send out a vibe showing this woman is filled with grace and finesse.

When Japanese women cover their mouths, it gives a good impression, especially on men. Soft gestures give men a sense of protection over the ladies they are encountering, so this gesture somewhat attracts Japanese men. This gesture only suits for women and men in Japan are not expected to have this habit.

When living in Japan, the word “Kawaii” (meaning “Cute”) is often heard. The concept of cuteness in both appearance and personality for a girl is significantly stressed on in Japan society. Being seen as kawaii is very important to Japanese people and a lot of Japanese men prefer cute rather than too sexy. 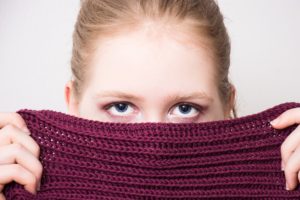 Covering the mouth while laughing not only was practiced for the Yamato Nadeshiko manner but also for other personal problems:

・Some Japanese women feel they have crooked teeth so they are embarrassed about showing imperfect teeth to others. Also, those who are not confident with certain body features tend to avoid letting people see them.

・Some Japanese women might fear they have a bad breath after eating pungent food such as garlic or strong spices. They concern that others might be uncomfortable because of their bad breath so trying to cover their mouths is a polite behavior when conversing. 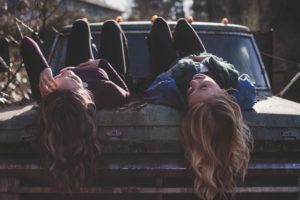 Like they say: “happiness is contagious”, manners can be too! This applies to the action while laughing among Japanese women.

Most Japanese women are naturally laughing with their mouths covered by hands before they realized that they are following this behavior. No one could really remember when they had exactly started doing this when laughing. A great smile can spread among people, and laughing with mouths covered by hands also spread among Japanese women. It is like a learned habit that simply develops gradually into a norm in Japanese society, one with an extremely high sense of community. Japan is a collective country, so people tend to mimic other peoples’ behaviors when such behaviors are referred to as positive and encouraged. 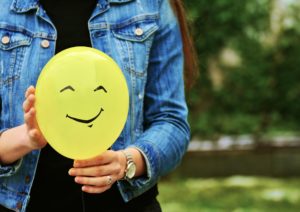 Laughing with your widely opened mouths is considered as lacking in grace and very unladylike for Japanese women. However, some Japanese women also laugh without their mouths covered if they were brought up or spent a long period living in abroad with different cultures.

Some of you may feel strange when seeing this gesture from Japanese women but take it as one of the ways to express “humility” and “shyness”. Or if you want to see Japanese women laughing without covering their mouths, try looking at them when they’re taking pictures!