“Do you feel it?” my friend said as we climbed the stairs of a 400 year-old shrine. “What?” I responded. My friend replied, “It feels so peaceful and kind of spiritual. That’s because this is one of the most well-known power spots in Japan.” 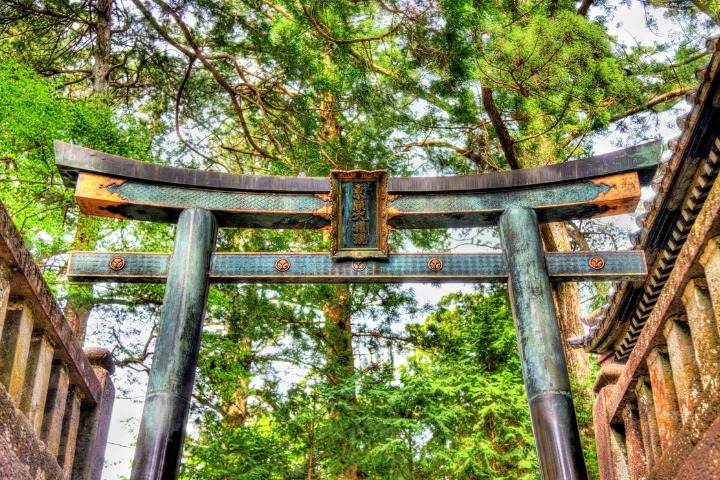 What Are Power Spots in Japan?

Power spot, pronounced pawaa-supotto in Japanese, is a term borrowed from English but with a completely Japanese meaning. Power spots are locations across Japan that are considered to be sacred, spiritual places. These spots often combine a bit of mythology with nature, places where you can feel centered with the earth and where there is some kind of legend to accompany the location. Some typical power spots include shrines, temples, and natural wonders, though these types of places aren’t always considered to be power spots.

Many of these special spots have great history and have been visited and appreciated by people in Japan for hundreds of years. But the term “power spot” only became popular in the 1990s, and going to power spots for healing has become trendier in recent years.

What Makes a Spot a Power Spot?

A regional location is said to be a power spot if it has healing or special energetic properties. For power spot aficionados, this is said to come from the history of the events that once took place there, the energy of the trees and surrounding nature, or even the positive attitudes of the people frequenting those areas.

Each spot typically has a special power it’s known for, too. For example, one spot may promise to help with matchmaking, while another may be said to improve fertility, and another may be known for curing sickness.

And it’s worth noting that no one person can decide which places are power spots, though there are several books by those claiming to be able to sense which spots are powerful or not. Typically, though, power spots are established based on stories and traditions passed down from generation to generation.

Power spots are deemed as such for their unique healing powers, but are they actually powerful? That’s up to you to decide: for some, believing in the special powers and increased energies of these locations provides some comfort in itself; for others, they may be so moved by the peaceful nature and rich history of a location that they may sense some special and powerful quality.

For most Japanese tourists, especially those who aren’t religious or particularly spiritual, visiting these spots is simply superstitious fun. And because many of these spots are tucked away in nature, visiting one can offer a chance to be more mindful and escape some of the stress of daily life.

Power spots can be found scattered all over the country, so if you’re in Japan, there’s likely already one near you! You can use this map to search power spots to visit during your next day trip, or even on your lunch break (especially for those working in central Tokyo, where there’s a surprising concentration of power spots).

Here are seven of the most popular power spots across Japan: 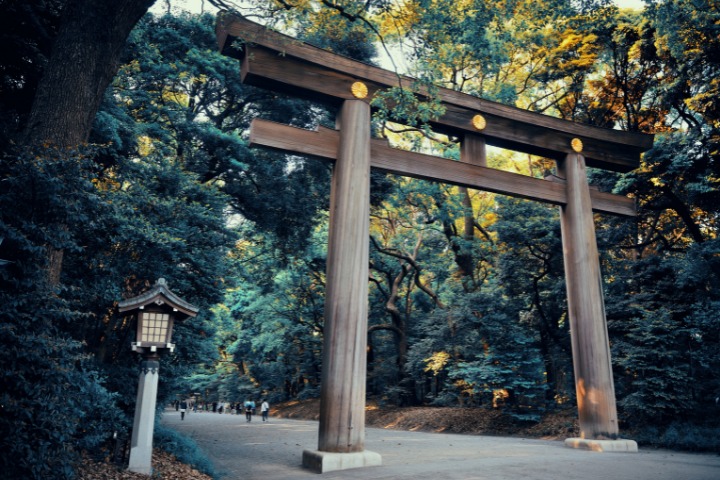 What: A shrine located just steps away from Harajuku station known for its wooden torii gate and plenty of trees and greenery to make you forget you’re even in the city! It houses the spirits of Emperor Meiji and Empress Shoken. 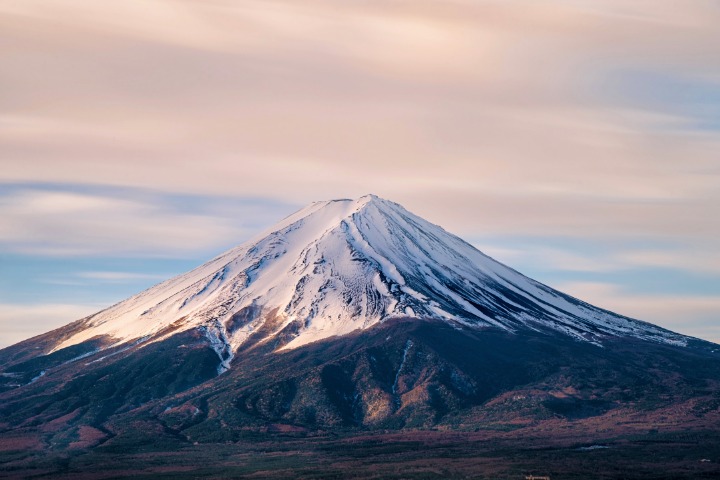 Where: Yamanashi and Shizuoka Prefectures

What: The tallest mountain in Japan that has inspired spirituality and art for centuries. It is known to be a power spot not only for its magnificent appearance and breathtaking view from the top, but also for the physical energy it’s said to possess as a dormant volcano. 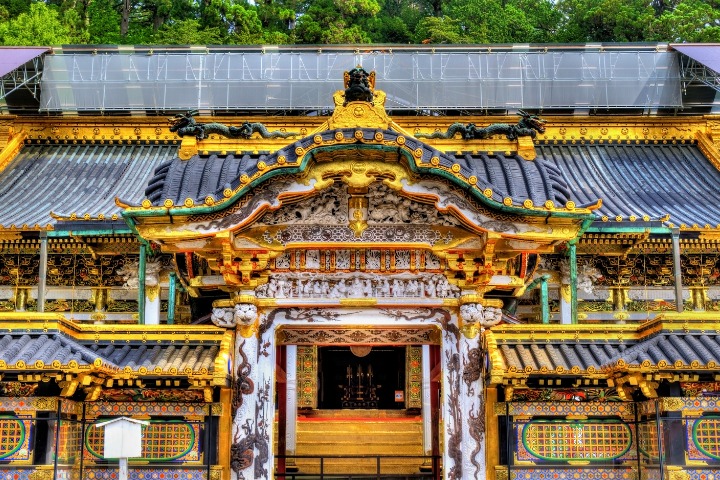 What: A historic shrine dedicated to Tokugawa Ieyasu, who is enshrined here as a deity. Find plenty of Shinto and Buddhist symbolism throughout, as well as a soothing forest backdrop. 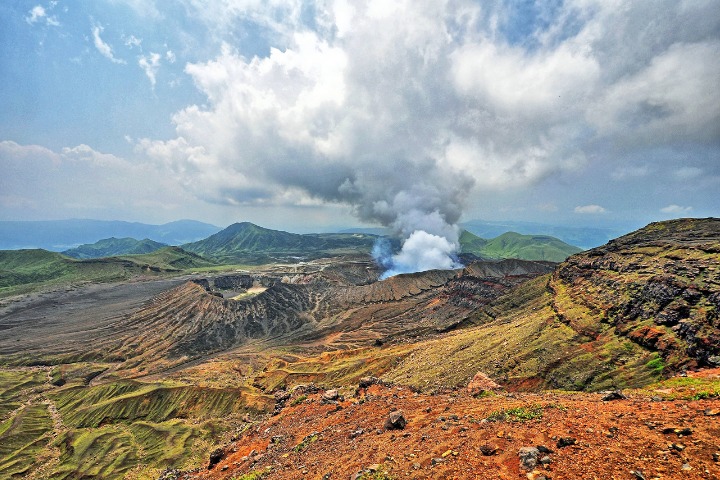 What: An active volcano said to be a great source of spiritual and life energy. When it’s safe to visit, you can take in stunning views, visit Aso shrine, and touch the healing stones at Oshitoishi. 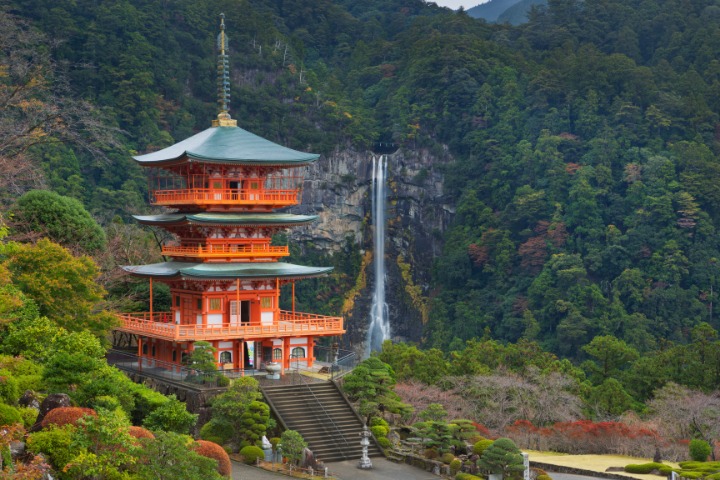 Where: Wakayama and Mie Prefectures

What: This region is filled with power spots, from the beautiful Nachi Falls to the healing Seiganto-ji Temple. The many shrines and temples in the area are said to bring good luck, health, protection, and healing. 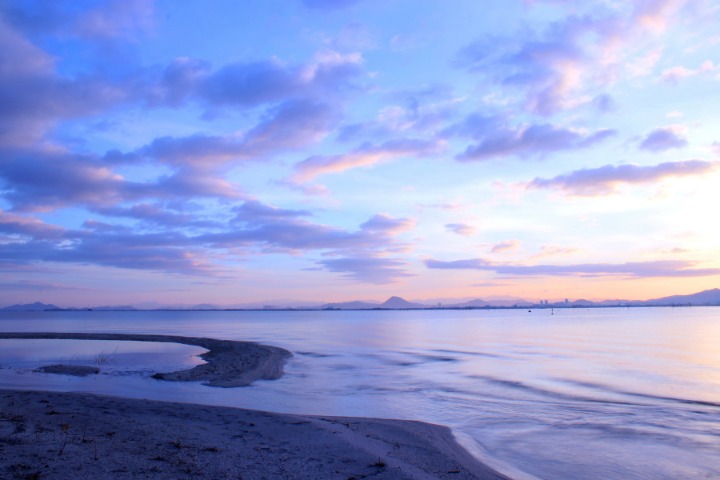 What: Japan’s oldest lake and possibly one of the oldest freshwater lakes in the world. The lake’s Chikubu Island, nicknamed “The Island of the Gods,” is believed to be home to Gods and Goddesses and invites visitors to make a wish at its torii gate. 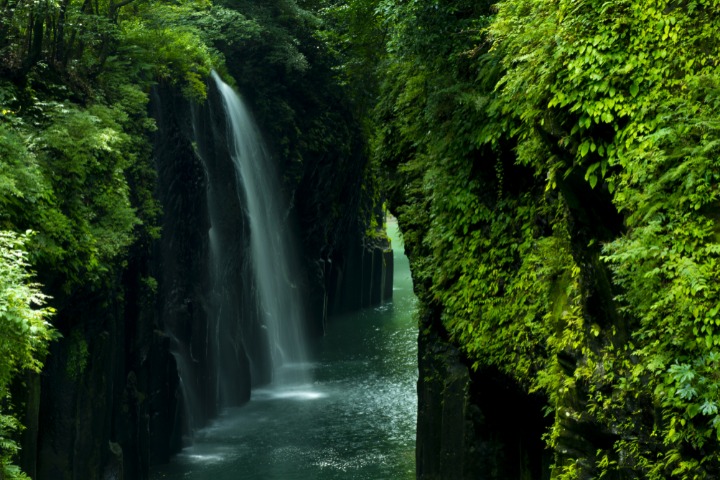 What: A deep natural gorge with waterfalls and sheer basalt cliffs. There are legends of the sun goddess, Amaterasu, visiting and staying at the gorge, and it is said to be filled with mystical power.

Choosing Your Own Power Spots

If you’re interested in the special forces found at power spots, try out one of the popular ones in our list above. But remember, much of what makes these power spots so powerful is the positive perspective people bring to them. Perhaps you can find that in your own neighborhood or in the comfort of your own home. You may also be able to experience a similar level of peace in non-power spot sites, too. Why not learn about these fun and healing nature experiences in Japan next?: