Off the Beaten Track in Setagaya-Part 2 | Guidable

Off the Beaten Track in Setagaya-Part 2

In the previous article, I discussed a day trip to Gotokuji followed by Kyodo. In the present article, I would like to talk about a different neighborhood you will also not likely find in your tourist guide. From Gotokuji, instead of heading to Kyodo, you can hop on the Setagaya train line (more below) and travel to the end of the line, Sangenjaya. 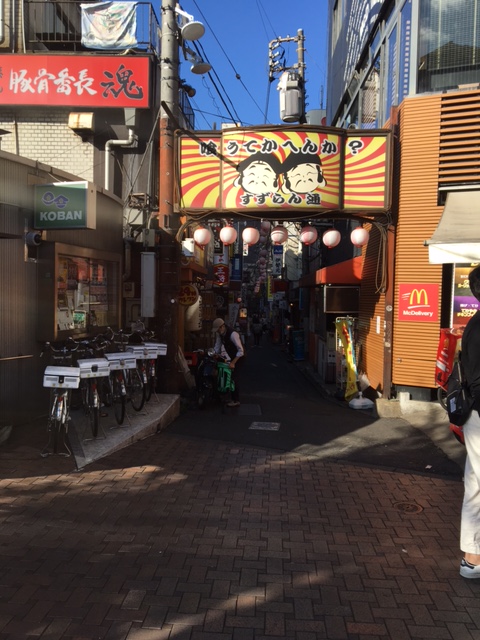 Next to Shimokitazawa and Kyodo, this is perhaps the third most liveliest place in Setagaya ward. From Gotokuji, on the Setagaya train line, it takes about ten minutes to arrive here. Sangenjaya reminds me a lot of Shimokitazawa, and like Shimokitazawa and Kyodo, has an abundance of restaurants and shops (more than enough to keep you busy well into the night). The problem with Sangenjaya is that it is inconvenient in terms of train service. You could easily walk there from Gotokuji (it’s about three kilometers (a little under two miles) from Gotokuji), but the streets are so complicated that I guarantee you will get lost if you try walking. From Sangenjaya, you can travel via the Setagaya train line all the way to Shimo Takaido, or Shibuya via the Tokyuu Den En Toshi train line, but both of these train lines are very inconvenient (in my humble opinion). If you walk straight down Chazawa Doori from Sangenjaya, you can walk to Shimokitazawa in about twenty minutes, and from there, travel by train is MUCH MORE CONVENIENT.

Sangenjaya, like Shimokitazawa, Shinjuku, and many other areas, is actually a really big area, and, in this case, is divided right down the middle by Setagaya Doori and Tamagawa Doori. The north side of the station has an abundance of shops and restaurants, but then again, the opposite side of these major thoroughfares also does. If this place were not so inconvenient to travel to by train, I think it would be more of a tourist attraction, but like Kyodo mentioned in the previous article, this area is surrounded by places like Shibuya and Shimokitazawa, and unlike these places, is quite inconvenient in terms of train travel, so I think it remains, for the most part, unknown to foreign tourists. 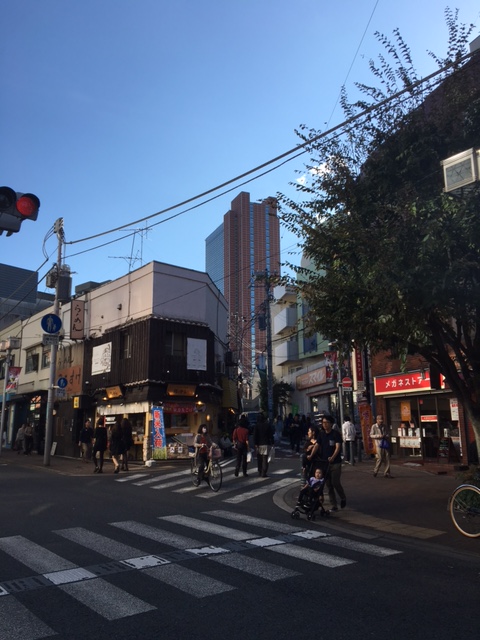 This is the side you will arrive at from Chazawa Doori coming from Shimokitazawa. This area has a ton of shops and restaurants. This is also the side where the Carrot Tower (more below) is located. Sangenjaya, like many places, is divided down the center, in the case of Sangenjaya, by a huge street called Setagaya Doori. While this area has many places to see, the opposite side of the street also does. 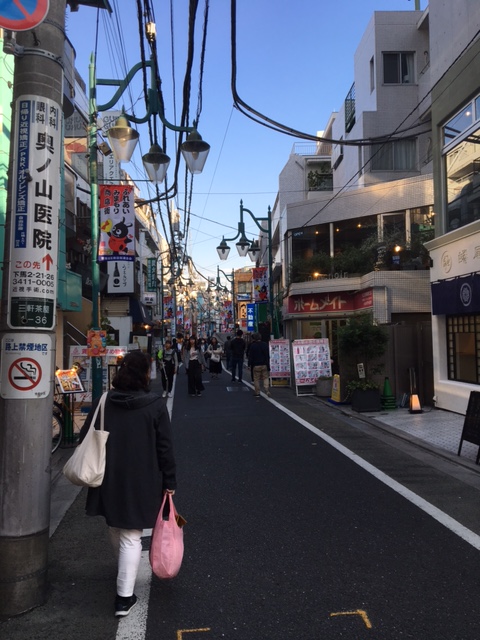 This side of Sangenjaya is also worth checking out. The main shoutengai (commercial street) extends for almost a mile. If you are going to experience Sangenjaya, you would be remiss not to check out this side of Setagaya Doori. 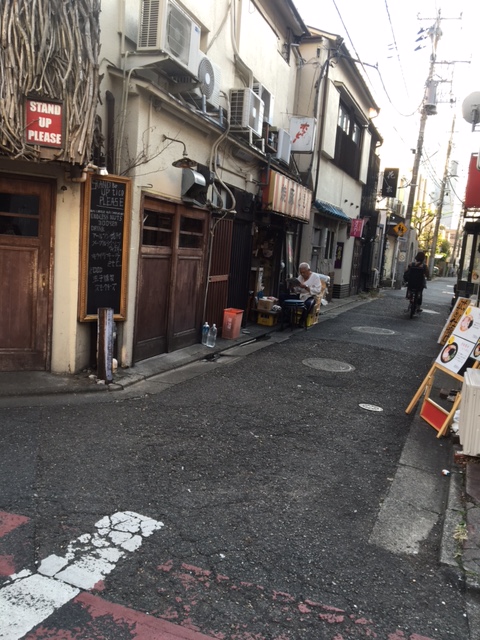 One of the best things about Sangenjaya and Shimokitazawa and other such areas is the abundance of back alleys. If you dip into one of these alleys, you will find a huge number of small bars and eatiers, and I argue that such places make drinking in Japan so much fun. When this picture was taken, it was still too early for these places, but I suspect that at night, this one alley would keep you busy for an entire night. 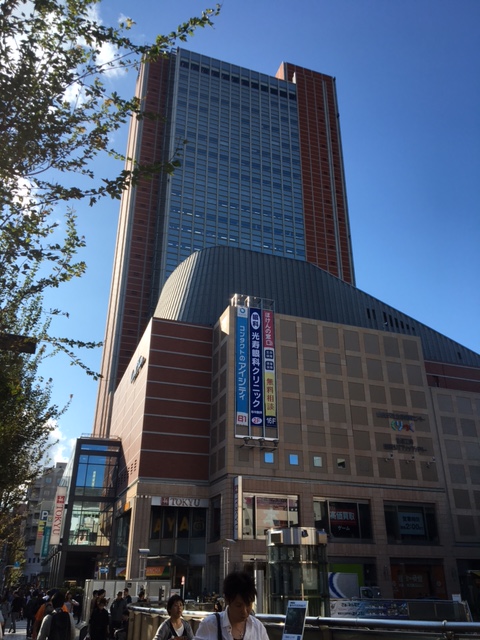 The tallest building in all of Setagaya ward (or so I have been told; don’t hold me to this) is located smack dab in the middle of Sangenjaya. It’s called the carrot tower because it is a huge, orange building, and local kids, in some competition to name this eyesore, decided on the name “carrot tower.” This 26-story building is a commercial building, and according to wiki, the company that created Pokemon is located in this building. The top floor has a restaurant with an observatory, which makes for a great view of the Tokyo skyline. On an unrelated note, the best place for high-tower views of Tokyo is the free observatory at Tocho (The Tokyo Metropolitan Building (i.e. city hall) in Shinjuku). Tokyo Tower and Skytree are overrated in this writer’s humble opinion because (1) they cost money (2,000-3,000 JPY if memory serves me correctly) and they are actually a bit off the beaten path. 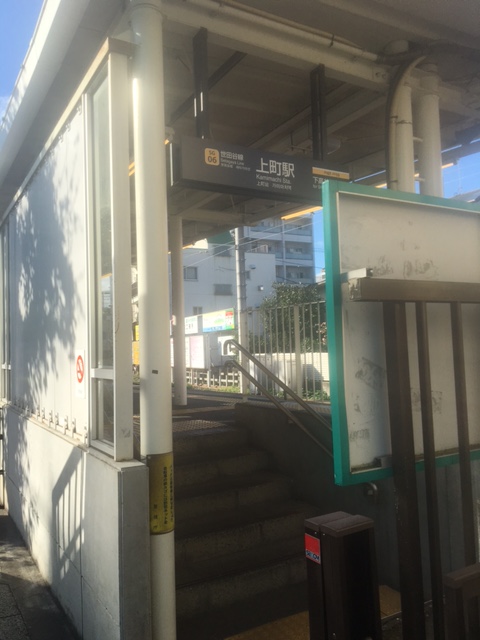 Finally, I just wanted to add a few words about this quaint train line. This train line is a holdover from an earlier age. It is analogous to a streetcar, and only runs the five kilometers between Shimo Takaido and Sangenjaya, all within the ward of Setagaya. This train line is surprisingly slow and inconvenient (its major stations are Sangenjaya and Shimo Takaido, neither of which is a major hub in its own right). It’s also slow, as I’ve raced this train before, and I easily dusted it (or I thought I did, anyway).

Did you enjoy learning more about Setagaya and some of my recommendations?
I hope to see you there soon!