Japan: From an Isolated Country to a Foreigner Friendly Country | Guidable

Japan: From an Isolated Country to a Foreigner Friendly Country

In this day and age, it may be possible to call Japan a foreigner friendly country. In 2019, if you are riding a train in Tokyo while reading this article, there is a huge possibility that you will find at least one foreigner traveling in the same carriage as you. Moreover, today it is common to see the second-generation child of an immigrant going on a school trip with 20 other Japanese students. But the question is, whether the story was the same or not back in the 90s.

Japan; From Isolation to Adaptation 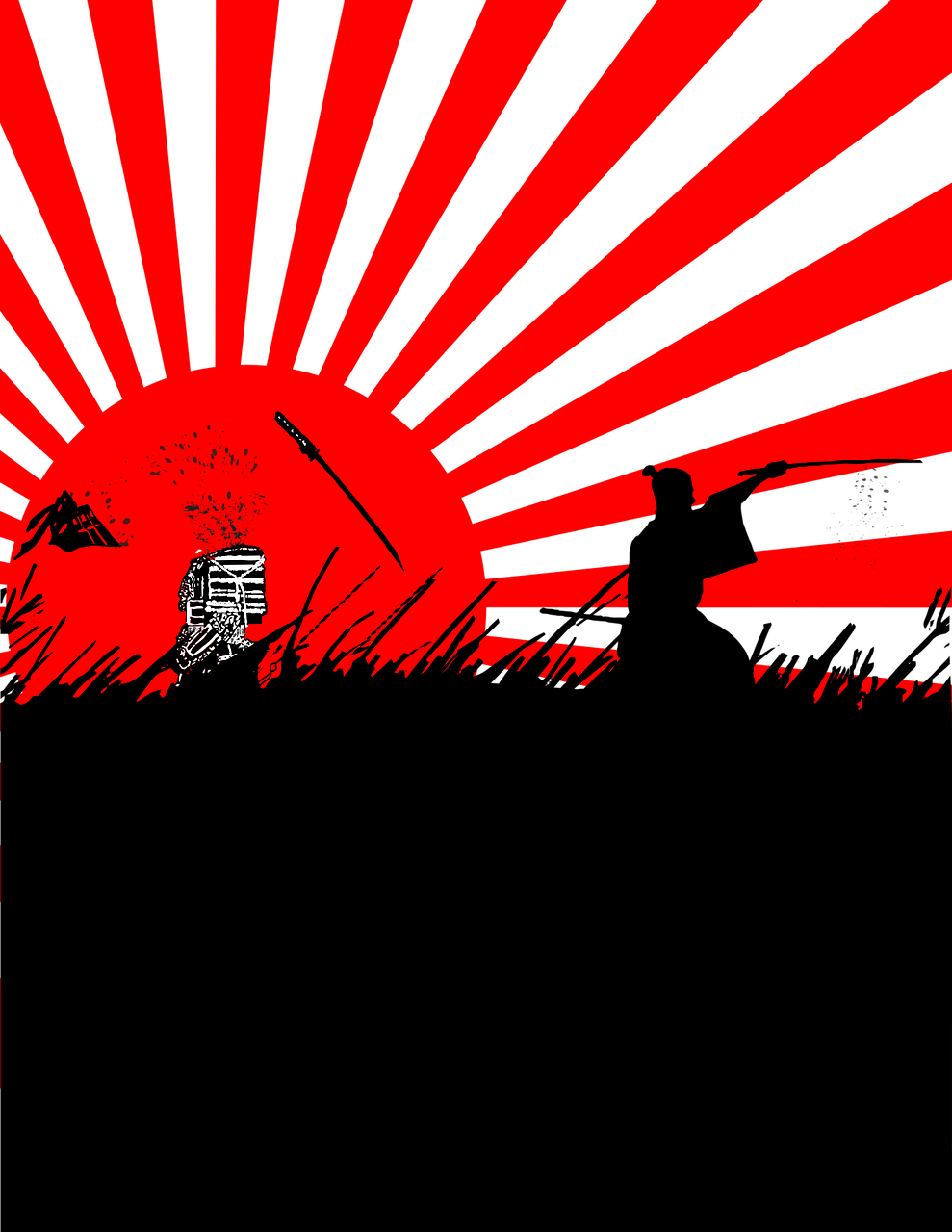 At least, foreigners I know who came to Japan at that time have a totally different story than what foreigners now will have. Many of them shared with me stories where Japanese people used to give weird looks to foreigners.

It was also almost impossible to find an apartment where foreigners were allowed at that time. Even more so, some Japanese people would not sit beside a foreigner in the train . Some pretty strong arguments were made by the Japanese at the time to validate their stance, saying that foreigners do not follow Japanese rules or break rules every now and then causing annoyance and disturbance.

Though of course, most Japanese people were kind to foreigners and maybe that is why we can see the surprising growth in the number of foreigners nowadays. However, it can not be denied that Japanese people have always preferred to be somewhat isolated from the rest of the world. So, today we are going to learn more about the story of an isolated country; Japan. 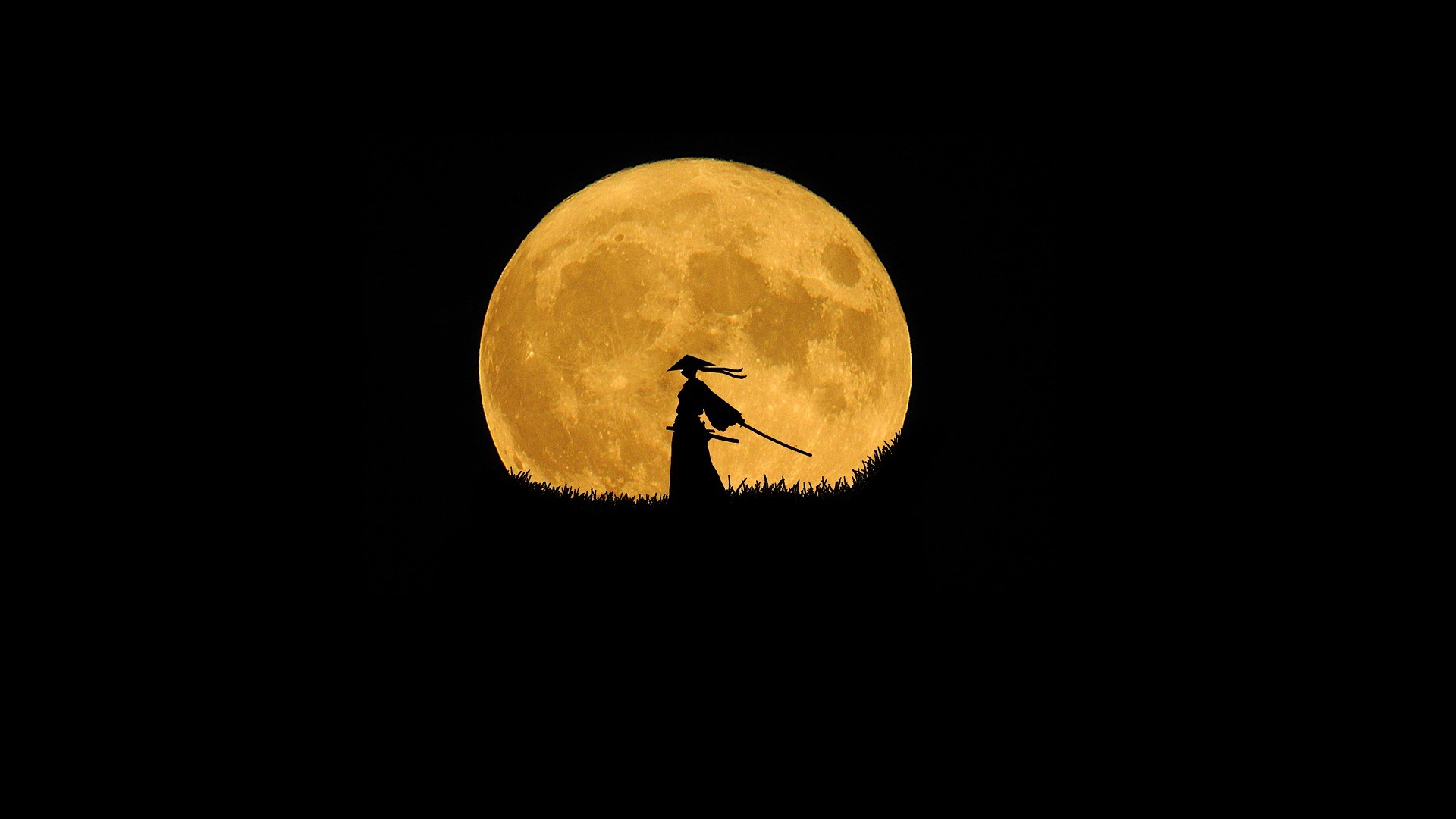 Have you ever heard of the word “Shogunate”? The Shogunate refers to the military rulers who governed Japan from 1192 to 1868. In 1192, the local ruler of Japan (who was called Daimyo) with the help of the Samurais, took control over the government and started the Shogunate system in Japan. The first shoguns were Kamakura Shogunate who were at the top of the power from 1192 to 1333. Then from 1336 to 1573, Ashikaga and from 1600 to 1868, the Tokugawa.

Shoguns introduced the class system in Japanese society. Though the Emperor was at the pinnacle of the class system, in reality, Shoguns controlled everything. In the class system, Daimyo or local rulers were under the control of Shoguns. Daimyo used to control small domains which were called Han. The power of the domains at that time depended on how much rice they produce per year as the Daimyos had to pay taxes to Shoguns with rice. Interestingly, all the domains at the time had their own currency system that was totally different to that of the others.

Every local ruler, or daimyo, had their own group of military personnel who were called Samurai. Samurai used to get a salary from the Daimyo and generally lived near where the Daimyo lived. These Samurai were not allowed by the law to own land in their name. In a word, these Samurais were people who directly controlled the general people. On the other hand, the general people were allowed to buy lands albeit with high taxes which they will then pay to the local daimyo. 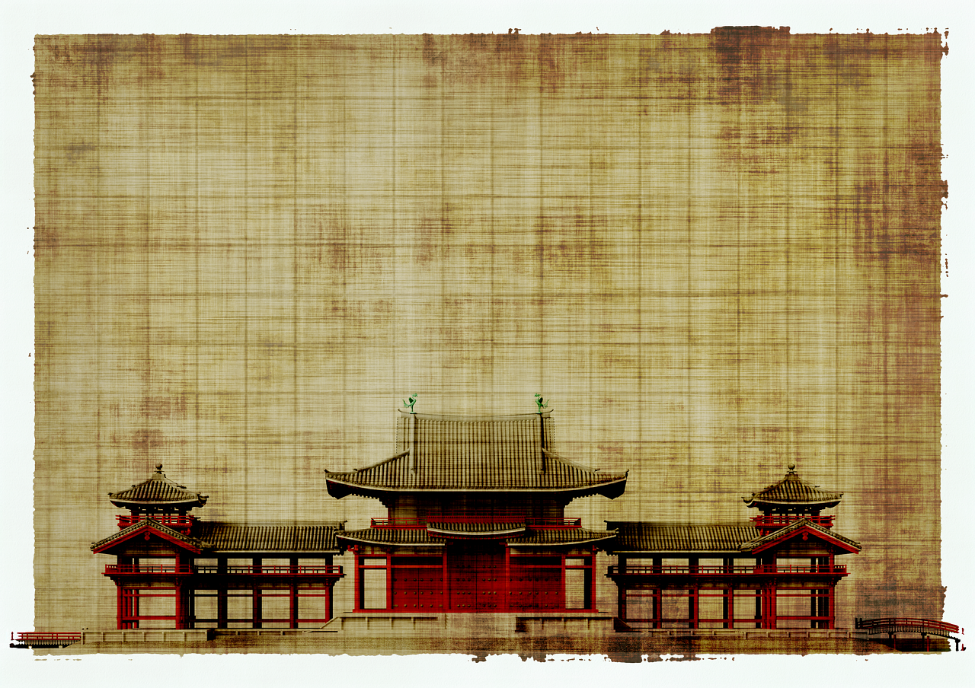 Throughout the 1600s, the local lords (also called daimyo) were fighting against each other to take control of Japan. Consequently, in the war of  Sekigahara, Tokugawa Ieyasu centralized the power in his castle of Edo. Tokugawa rulers were fearful of foreign strikes and colonization in Japan. They thought that Christianity would become a way for foreign cultures to enter Japan. So, they hatched a plan to banish Christianity from Japan.

For instance, around 300,000 Christians were in Japan during the rise of the Tokugawa rulers and within years almost all of them ‘disappeared’ into thin air. The rulers also understood that import and export trade had to be banned to control foreign influence in Japan. So, they banned all kinds of business with Western countries. Japanese people were also forbidden to cross the borders for trade.

This movement was put into force with the help of the Act of Seclusion (1636), and thus Japan isolated itself from western countries. The only exception at the time were the Dutch, who were connected through Nagasaki Harbour (which was also tightly controlled). This isolationist policy was called the Sakoku policy and it went on to exist in Japan for more than 200 years.

Though the connection between western countries and Japan were very limited, because there were still some forms of communication with the Dutch, Japan still managed to learn about some of the advancements in western technology and medicine.

Dutch Learning by Morishima Chūryō in particular explored microscopes, hot air balloons, paintings, printing technology, and physics and geography theories. This process of learning from the Dutch was called ‘rangaku’. Despite being mostly detached from the world, rangaku helped Japan advance their education, technology, and medical fields to a certain extent.

During the Tokugawa period, only four classes existed: Samurai, Artisans, Farmers, and Merchants. It was against the law to change one’s class. Although it was later revised to allow the Samurai to participate in trade or join civil service, they were not able to participate in their ventures fully as they had to prioritise their warrior self above all else.

Tax from the land was a big income for the rulers. So, peasants were only allowed to do work that was related to farming, ensuring continuous income for the government.

Because of this agricultural development, Japan made great strides in the economic sector. Japan’s industrial sector was also booming at that time. This allowed the merchant class to taste the sweetness of an abundance of money and as a result, Kyoto, Osaka, and Tokyo turned into colorful cities and entertainment areas for the merchant class. For instance, the Kabuki theater and Bunraku puppet theater were also established at that time.

On the other hand, the Samurai, also known as the warrior class, gradually deteriorated in both power and wealth compared to the merchants. From the mid 18th century, the Tokugawa Shogunate started to lose power, which gave rise to an uprising by the powerful Choshu and Satsuma clans. 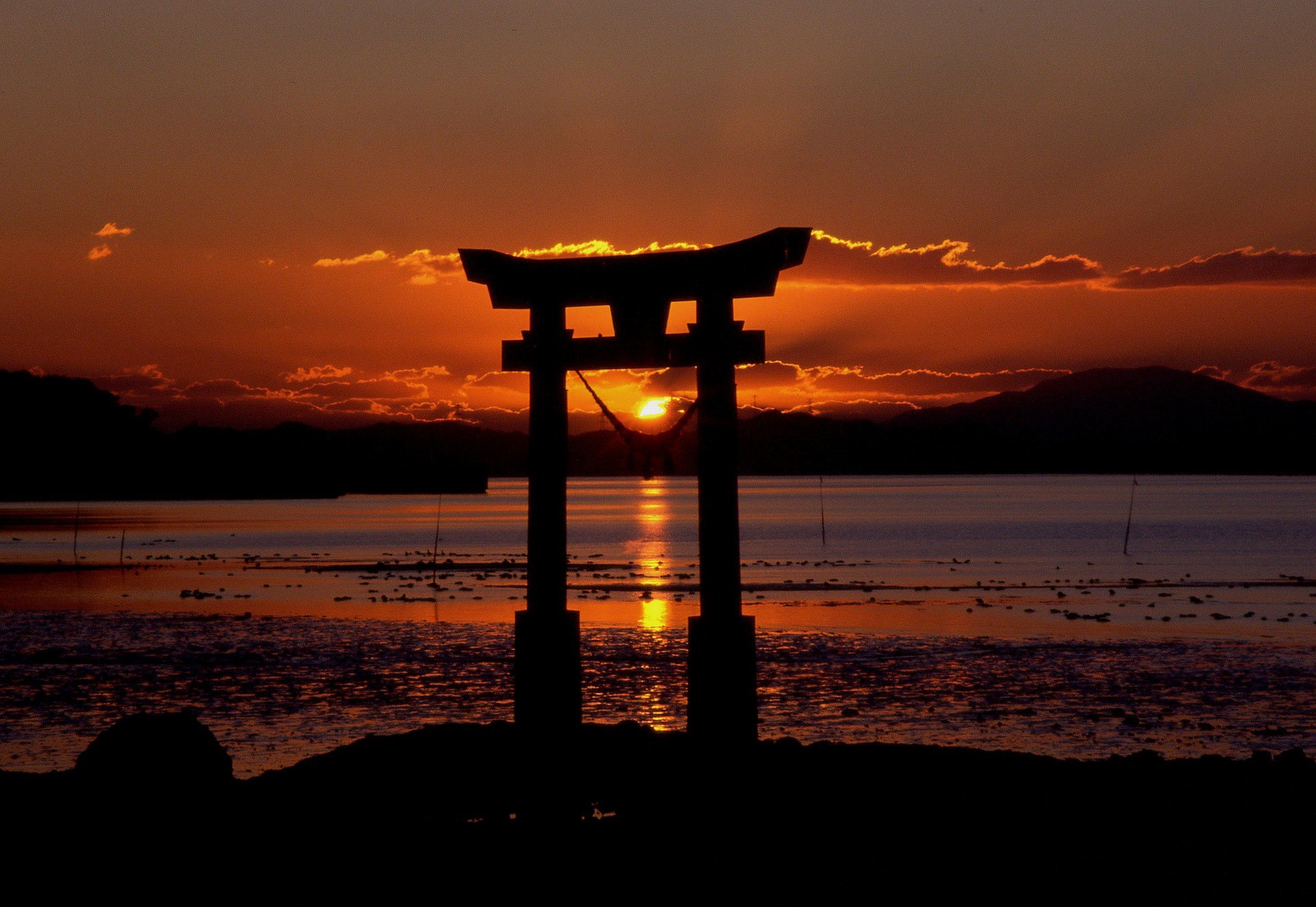 In the year of 1868, the Tokugawa Shogunate was thrown off the throne and the Emperor reclaimed true power. During his reign, the Emperor took the name “Meiji” and hence the act came to be known as the Meiji restoration.

At the beginning of Emperor Meiji’s regime, Japan had a very fragile army and the whole country was dependent on unstable agriculture. Because of the detachment from western interaction, Japan was left behind in the dust in terms of technology.

In 1853, Commodore Matthew Perry went to Japan with a letter from the American President Millard Fillmore, asking that the Samurai open the Japanese Maritime Borders for the Americans in order to trade. But the Japanese warriors did not allow him to do so. As a result, Methew Perry blasted the Japanese with modern guns before leaving the country, horrifying the Japanese.

A year later, Perry returned to Japan with more weaponry and demanded a response. The terrified Japanese were left with no choice but to succumb to American pressure and thus, the Convention of Kanagawa was signed and the Shimoda and Hakodate ports were opened for the Americans. That is how for the first time, Japan was forced to start a relationship with the foreign world and got out of the isolationist policy.

In the same year, Japan and Britain also signed up a treaty commonly called “The Anglo-Japanese Treaty of Friendship”.  As a result, Hakodate and Nagasaki ports became free to use for the British. Then comes the Ansei Treaty which Japan signed with the U.K., Russia, Netherlands, France, and America to establish diplomatic relations, opening 5 ports for these countries to trade with Japan.

However this treaty was not an equal one for the Japanese, and they even lost control over taxation for these trades. This caused great annoyance for the Emperor and eventually he declared a fight against foreigners starting the Shimonoseki War.

However, that battle only resulted in the overwhelming loss of the Japanese. The following battles also resulted in disgraceful outcomes for the Japanese as the Satsuma domain was lost in the Satsuma War against the British and the Boshin war resulting with the Shogunate being forced out of Edo. 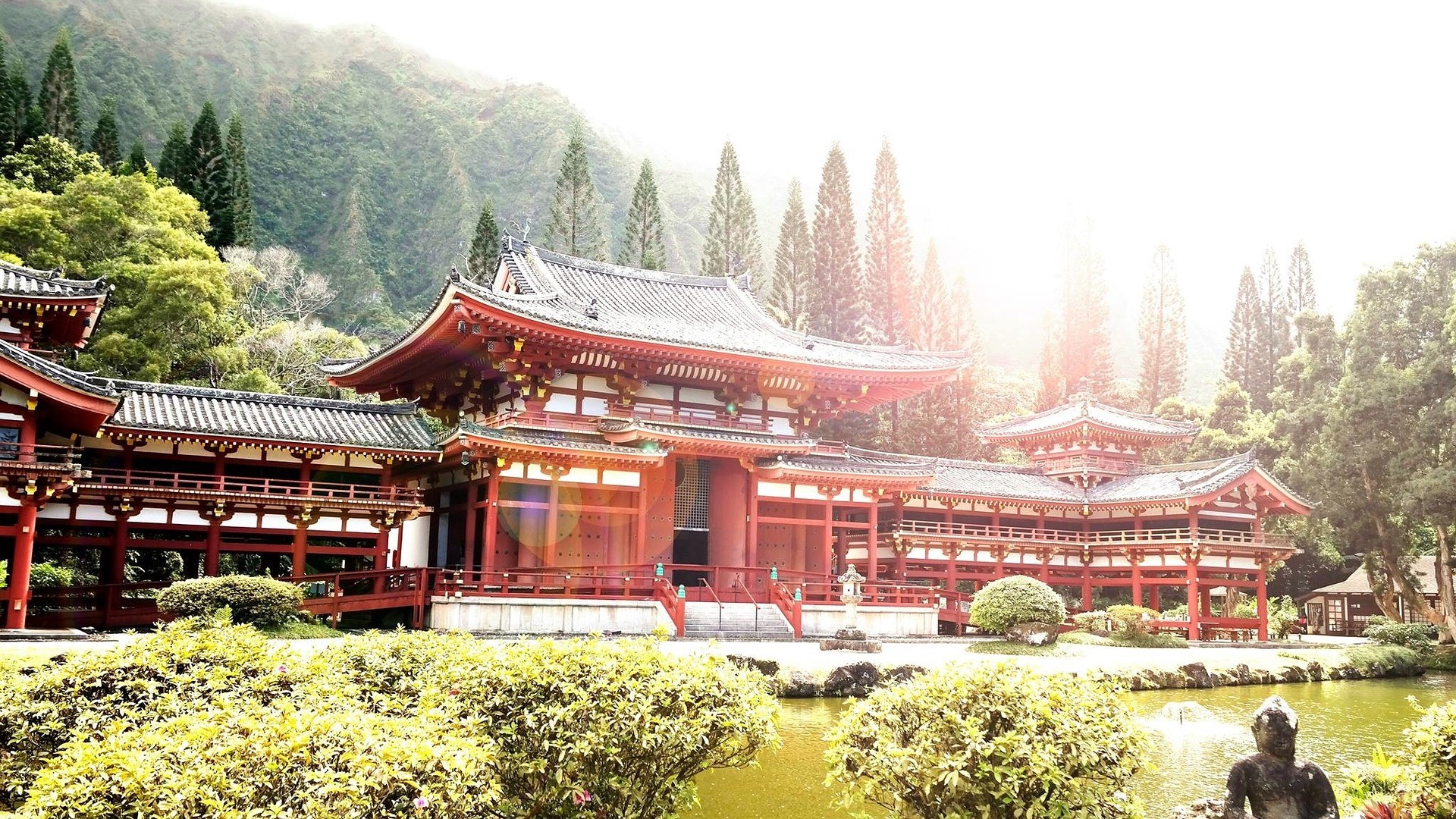 Time passed and now the Japanese Government understood that they would have to develop themselves rapidly to match up to the Western powers. Japan tried very hard to adapt to western culture in order to learn about modern technologies and educate themselves thus, many native and foreign advisors were hired by the government, kicking off a big change in the society.

The class system was entirely eradicated by the rulers, the prefecture system was introduced, weaponry was improved and the samurai were conscripted as soldiers into the Japanese Army. This change resulted in the easy victory of the Japanese army during the Satsuma Rebellion, proving how much they were able to implement in a short amount of time.

Industrialization, and especially the coal industry boosted the Japanese economy. The train network and telegraph technology connected the whole of Japan through an invisible thread. Japan also started to standardised the currency system and the Bank of Japan started to print money for the country. This was how Japan rose to become an industrialised power at the outbreak of both World Wars.

Is There A Desire to Become Foreigner Friendly?

While Japan may have become more open, one can argue that Japan hasn’t truly broken out of their isolationist shell. Some may say it has only now begun to do so. For example, 20 years ago, it was really difficult to find a Japanese person who could speak English. Now, a lot more Japanese people are going to different countries for different purposes and interacting with foreign cultures. In my opinion, the result is already visible in the younger generation of Japanese people who are a lot more interested in foreign countries and cultures. What do you think?