What does お花見 (ohanami) mean? 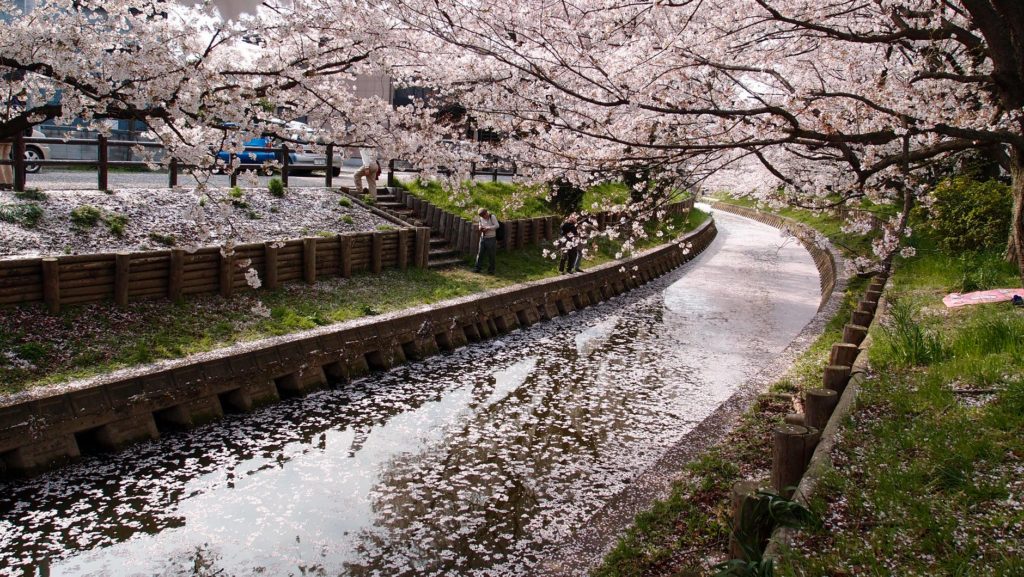 Cherry blossoms, or sakura, is one of the famous symbols of Japan. It has become an iconic image of souvenirs, clothes, and a unique flavor of food and drinks. The image of white and pink shades of sakura petals covering the city has been one of Japan’s main tourist attractions. When spring approaches, the word お花見 ohanami (viewing of flowers) is usually mentioned by Japanese and refers to an activity when you go to have a picnic with your family and friends while enjoying the blooms in the park or by the river. The best time to enjoy cherry blossoms is from mid-March until April. It depends on the location where you live because the blooming time varies. If you are in Tokyo, Ueno park, Yoyogi park, and Shinjuku Gyoen, the famous locations for hanami, the best time to go is from the beginning to mid-April. However, the park is not the only place where you can enjoy the blossoms, the sidewalk along Meguro river is another popular cherry blossom viewing spot. During the 満開 mankai (full-blooming), most of those places will easily get crowded, so you better hurry if you want to have a good viewing spot! But be mindful not to take up too much space so that everyone can enjoy the flowers same as you.

What should I eat at hanami? 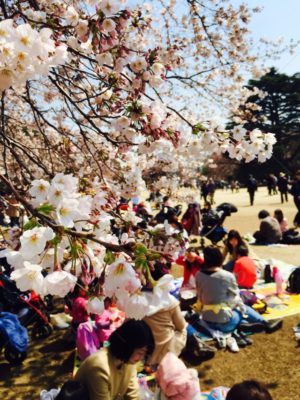 Once you have settled down with the location where you want to enjoy the hanami, the next thing you might want to consider is what to eat. Watching flowers is not the only activity to do during the spring season. Cherry blossom festivals are usually held in the park where you can have yakiniku (grilled meat), yakisoba (fried noodles), and drinks. Lots of Japanese families bring their own お弁当 obento (lunchbox) which are carefully packed to bring them on a picnic trips. Inside those lunch boxes, sushi rolls and Japanese-style omelet are often the most common dishes. Besides, these, they also make fried chicken, or vegetables, with hot miso soup stored in a thermos. If you don’t have confidence in cooking, another option is going to the convenience store where you can get, not only bento but a wide range of takeaway food for you to select. Throughout the season, you can find several seasonal foods in the store, such as sakura onigiri (rice ball mixed with salted cherry blossoms petal and leaf), or Coca-cola cherry blossom flavor. For drinks, sake is considered to be a traditional drink for hanami, which is called 花見酒 hanamizake by Japanese. Beer is also another choice for anyone who wants to drink alcohol. If you’re not the type of person who drinks alcohol but still wants to embrace Japanese culture, you can drink tea as an alternative. Once you have done the preparation, you’re ready to set up the party. Don’t forget to bring a mat which can easily be found in 100-yen shop, and some disposable plates and cups to enjoy the food conveniently.

What hanami etiquette should I be aware of? 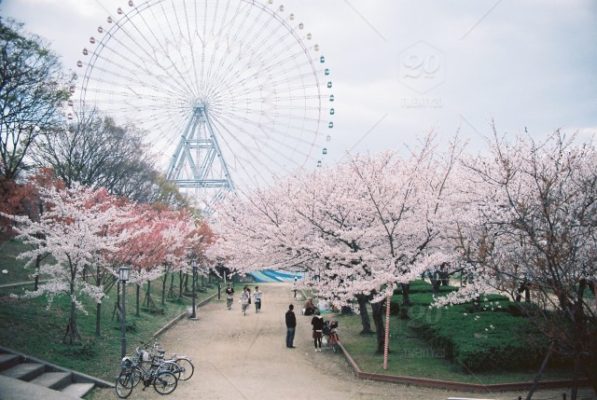 Generally, most Japanese people enjoy eating, drinking, and spending time with their families and friends while doing hanami. However, there are several customs that you should be mindful of while partying. First, do not be too loud. It is normal to be a little bit noisy while you’re having fun, but being too noisy like shouting or screaming or playing music with high volume will disturb people surrounding you. One of the main reasons we get a little noisy during hanami is the sake, so remember to control your alcohol intake while enjoying drinking. Second, always be cautious with the cherry blossom trees. Placing your mat away from the roots, limiting yourself from touching the trees and its branches. The flowers are very fragile so be careful whenever you want to touch it. Furthermore, besides eating and drinking, you can also play several small games for extra-bonding time with your friends and family.
At the end of the party, one manner that should always be remembered is cleaning your area and taking care of the garbage disposal. Generally, Japanese people will try to minimize the size of their waste, and take it home if the trash bin they find is full.

Notice that you can not use the trash can at the convenience stores to dump your garbage. Be mindful that there are other people after you who also want to have a good time with their families. Be responsible by taking care of your area after the party so that everyone can have a chance to enjoy the hanami.