On Becoming a Technical Translator in Japan

I’ve talked about this in the past, but today, I’d like to talk a little more about becoming a translator, and in particular, a patent translator, in Japan. There are a variety of translation fields in Japan, ranging from novel and manga translations to legal and medical translations, and also patent translations. As a general rule, the more “technical” a field is, the better the remuneration is. That is, every twenty-something who comes to Japan has a dream of translating his favorite manga or novelist, but the reality is that such fields are the least lucrative and only a very few successfully make a living off of this. It is far more practical to learn a very technical or niche field, and then translate in the said field. Today, I’d like to talk about some of the specifics of translating patents and provide some information and/or advice concerning translation work in general. 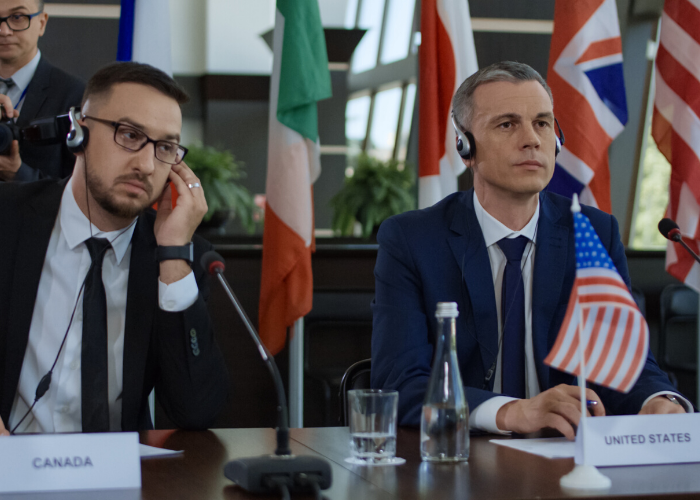 As I mentioned in a previous article, the first step to becoming a gainfully employed translator is getting to the interview stage. I was in charge of interviewing new translators for my company several years ago, and if my experience is any indication, every company has a screening process. In my company, the main screening condition was whether or not the applicant had level 1 of the Japanese Language Proficiency Test (JLPT). Level 1 of the JLPT is difficult for the non-native speaker of Japanese, but trust me, when compared with technical translations (which are written by adult native-speaking Japanese professionals for other adults native-speaking Japanese professionals), this is a very easy test. Let’s take a look at a few mock questions (mogishiken) from JLPT level 1.

I took JLPT level 1 ten years ago, and I got these mock questions right off the internet. Scout’s honor, I answered all the questions just to make sure I’m not losing my mind, and at least concerning these questions, I’m not. The correct answers are D), C), C), and A).

Let’s compare these with a typical patent translation:

Here is an English translation of this Japanese sentence:

Patent documents, in any language, are difficult, and being able to do this on a professional level requires a considerably high level of reading ability. If you are unable to answer the questions from JLPT 1 raised above, then you will have a lot of trouble trying to work as a professional translator. To be honest, even if you pass JLPT 1, please remember, this is a level that most Japanese teenagers could pass. JLPT 1 should be considered a stepping stone to get your foot in the door.

What are the Barriers to Becoming a Professional Translator in Japan? 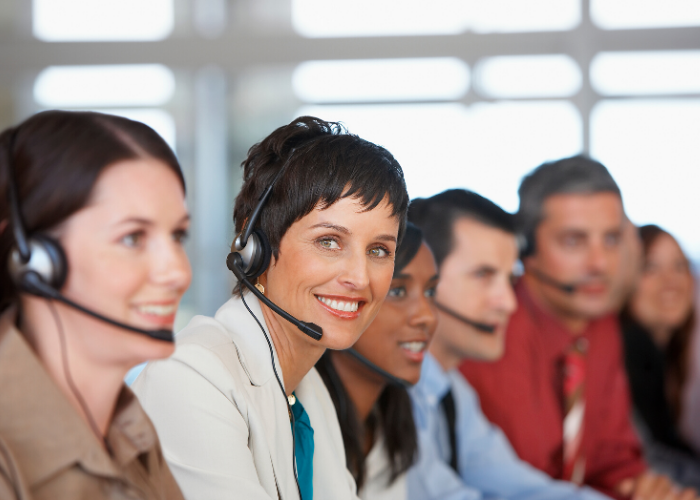 Well, more than anything, the biggest obstacle is that Japanese is a difficult language to learn. Also, most Japanese to English translation is done by Japanese people and said translations are then blind checked by a native speaker, leading to some really awful translations. The Japanese translator in question, being Japanese, understands the Japanese perfectly, but usually writes it in poor English. Then, the native checker, who cannot read Japanese, corrects the poor English into “correct-sounding-English,” which often radically changes the original meaning. Ideally, a native English speaker who is fluent in Japanese does the entire translation, but there really are not that many native English speakers fluent in Japanese. As you go further into technical fields, the number of native English speakers becomes even fewer and fewer. One day, I asked my coworker, also a native English speaker who translates patents, how many of us there are in the world. He said, without exaggeration, “I doubt there are more than a few hundred in the world.” This isn’t a testament to how elite this field is; rather, this is a testament to how niche this field is. To even get your foot in the door, you must have a reading ability in Japanese that is on par with a Japanese adult, and there simply are not very many native English speakers who can read Japanese that well. The second biggest obstacle to becoming a (technical) translator is the technological side to it. At the end of the day, if you have a liberal arts background, then you won’t really understand the content of what you’re translating beyond a literal, word-for-word translation (chokuyaku). Think about this for a second. Even as a native English speaker, do you really understand the following sentence?

The second rotary sensor part 330 shown in FIG. 6 is in the form of a metallic disc comprising a number of flexible arc-formed contact arms protruding proximally, the distal end of each contact arm 331, 332, 333 comprising a dome-formed contact 335 with a contact point (facing downwards in the figure) adapted to create a galvanic connection with a given contact area.

Without having a scientific background, there is a limit on how far you can go in the field of technical translations.

A Day in the Life of a Patent Translator in Japan 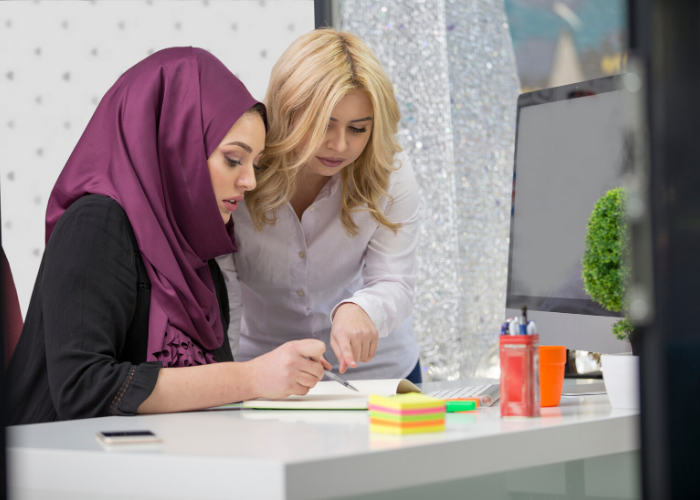 I actually work full-time for two companies doing patent translations. What I do for said companies is different, but there are some commonalities.

Here, I mainly translate office actions. An office action is when the patent office of a country issues a Notice of Rejection against a patent application. My company is a Japanese patent law firm, but 80% of our clients are foreign companies (some of which are quite famous, but obviously, I can’t drop names here) who want to obtain patents in Japan. In a typical office action, the examiner will raise reasons for rejection such as “lack of novelty” (i.e. this ain’t new!), “lack of an inventive step” (i.e. this may be a “new” invention, but it is obvious and a person skilled in this field could have accomplished this), “lack of clarity” (i.e. this is not clear! What do you mean?), “lack of support” (i.e. in the detailed description of the invention, this or that is not supported with evidence), “enablement” (i.e. the detailed description of the invention does not clearly and adequately describe the invention in a manner that would allow a person skilled in the technical field to actually use the invention), and other such reasons for rejection. I also translate court documents issued for patent cases, such as invalidations (when one company tries to invalidate another company’s patent), infringement (when one party illegally uses another party’s patent (or intellectual property)), and court decisions against such decisions. 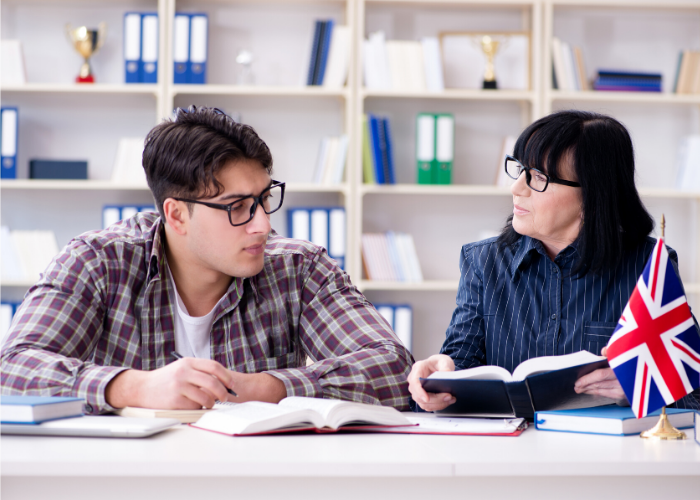 In order to become a professional translator, as mentioned above, the first step is to pass level 1 of the JLPT. This will provide you with the skills needed to read Japanese at a level approaching that of a native Japanese speaker. Also, on a more practical level, this will get you to the interview stage, because (trust me), this will make you stand out to employers. After passing JLPT 1, start reading Japanese as a hobby, and this can be in the form of novels, manga, magazines, or anything. The more you read, your Japanese will markedly improve, and further, it will impart a sixth sense to you, whereby, even if you don’t understand a particular word, you will “get” what the writer is trying to impart. This natural “understanding” is very important when translating, because you will, in many cases, have to impart what you think the writer is trying to get across. Finally, try to find a technical field aligned with your interests. For example, if you are really into computers and the like, try to get into translation in that field, and if you really like cars and machinery, try to get into that field. You can have the greatest Japanese in the world, but if you are translating in a field about which you know nothing, it will be very difficult.

The Future of Professional Translating in Japan and The World 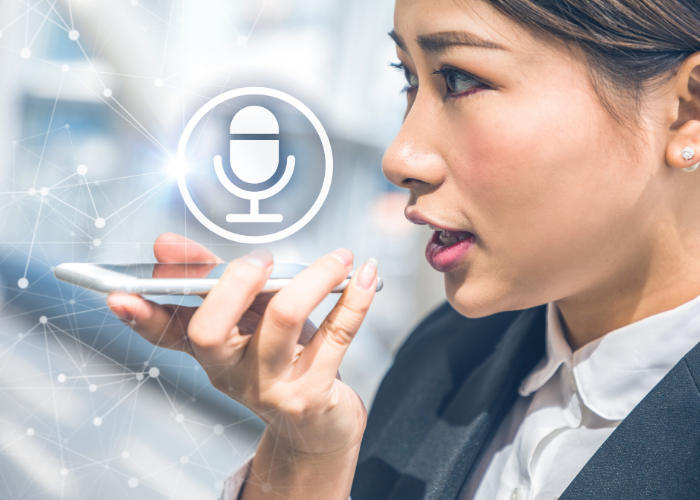 People often tell me that I’m a pessimist. Well, I am. And here, in this final paragraph, I intend to show that. Artificial intelligence will replace most jobs in, depending on the specialist you ask, five years, or ten years, or fifty, or never…. I am not a specialist in AI, but insofar as I work in patents, I will say this: You should NOT bet against technological innovation. Technological innovation over human history is often compared to a hockey stick: from the dawn of time right until the early 19th century (industrial revolution), technological innovation was analogous to the shaft of said stick. A man born in 1700 who died in 1770 did not really see any dramatic changes in everyday life. Think about life since the 1800s. In the 1800s alone, the elevator, the revolver, the sewing machine, the bicycle, the locomotive, the internal combustion engine, the telephone, the automobile, toilet paper, the telegraph, the machine gun, the escalator, the zipper, Coca Cola, the cash register, the photograph, the stethoscope, and a ton of other things were invented. One of the reasons World War 1 was such a bloody catastrophe was because it was fought with antiquated military tactics against technology such as the machine gun. Think about life since 1900. As a shortlist of the inventions of the previous century, we have the vacuum cleaner, the air conditioner, plastic, radio broadcasting, hearing aids, penicillin (perhaps one of the most important inventions in the history of mankind), the electron microscope, insulin, the television, the airplane (arguable), the helicopter, the nuclear reactor, the nuclear bomb, the microwave oven, the transistor (also, arguably, one of the most important inventions of mankind), the contraceptive pill, the freaking internet, DNA (again arguable, because certain discoveries thereof date to the 1800s, but whatever), and many others. My point is that a man born in 1700 would not see a huge difference in everyday life over the scope of his entire existence; a man born in 1984 (me) can see EXTREME differences from my own childhood. This does not augur well. I think in the near future, most jobs will become redundant, or (more likely), governments may have to adopt draconian measures (such as banning any more research or development of AI) so that people have something to do (and so they (governments) have a tax base)). Having said all of these dark things, I think you (the reader) still have time to become and work as a translator. Good luck.