Roppongi: The Place to Go for a Homesick Foreigner | Guidable

Roppongi: The Place to Go for a Homesick Foreigner

Turkish people selling kebabs on the street? Nigerians bar owners? Westerners in the suits walking around? What is that? Is it even Japan? Yes, it is. Located in the Minato district of Tokyo, Roppongi is probably the most ethnically diverse place in Tokyo. Famous for nightlife, restaurants, museums, foreign companies HQ and plenty of foreign embassies. In this guide, I am going to touch on the history of this unique district, the places it is famous for and some of my favorite places there. 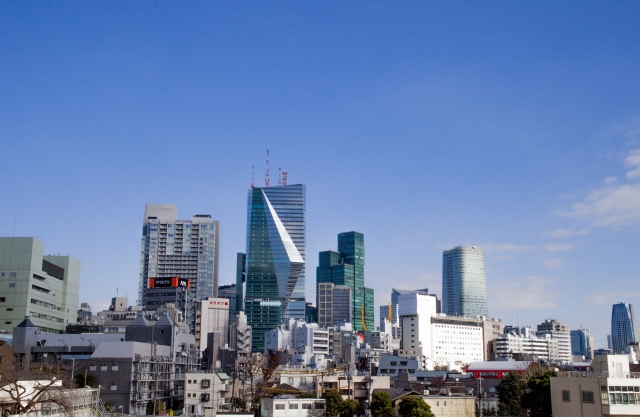 If you look at how the word “Roppongi” is written with kanji 六本木, you will notice that it actually means “six trees”. There are two possible origins of this name. The first one is that it was a place marked with six very old and big zelkova trees. The second one tells us that Roppongi was a place where six daimyos (vassals of the shogun) living nearby all had the “tree” kanji in their names.

The Roppongi’s reputation as an entertainment district has started in 1890 when the Third Imperial Guard of the Imperial Japanese Army was moved nearby. To productively fight wars for the motherland, soldiers, of course, needed entertainment, especially in the form of women, alcohol, and gambling. The next army that occupied the place was not the Japanese but a foreign army. United States Army Allied government officials occupied several facilities in the area after winning the Second World War in 1945. Of course, the Americans needed the same type of entertainment but localized to their native language so many bar and restaurant owners as well as others less legal businesses started catering their services to foreigners. That was the time when Roppongi earned its title of being the most internationalized place in Tokyo.

The area received a huge economic boost with the completion of Izumi Garden Tower and the Roppongi Hills commercial centers at the beginning of the 2000s. In addition to these two, Tokyo Midtown, another big project that was completed in 2006, changed the status of Roppongi from a simple entertaining district to an upmarket entertaining district although kebab tents and pushy hustlers are still there. 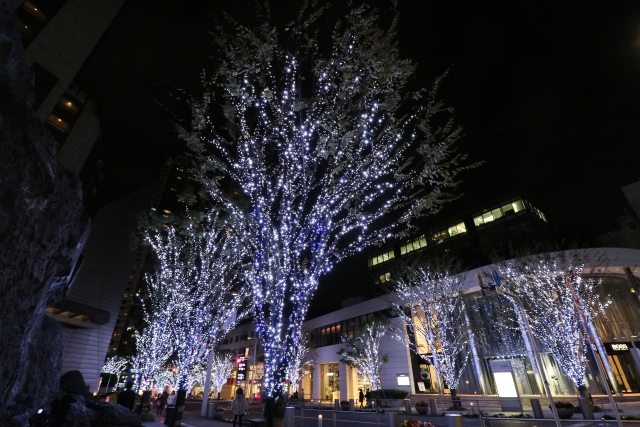 What Roppongi is Famous for

You probably already have some understanding of the district after reading previous paragraphs but let me state it one more time: Roppongi is filled with foreigners and entertainment. There are so many of them that during these pandemic times when I hear some of my Japanese friends complaining about lack of international travel I immediately offer them a trip to Roppongi because it is almost equivalent to traveling abroad. Moreover, you can visit Turkey, Africa and some western countries in one hour! Now let me tell you about some famous places in Roppongi.

At the center of the Roppongi is the Roppongi Crossing, a four-way intersection underneath an expressway for cars. It is located next to Roppongi Station and usually the place where your journey starts. 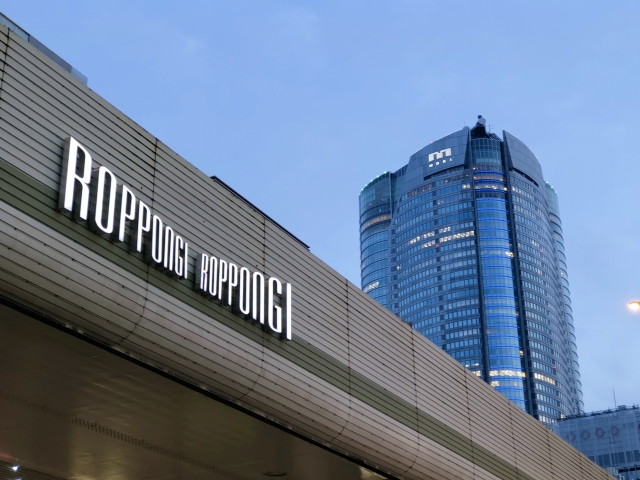 About ten minutes from the Roppongi Crossing is Roppongi Hills, one of the largest commercial centers in Tokyo filled with all kinds of restaurants, bars, and offices at the top. There are also two highly-recommended places to visit at the top of the Mori Tower, the heart of the Roppongi Hills, these are Mori Art Museum and Tokyo City View. The first one is the best contemporary art museum in Tokyo in my opinion and the second one is an observatory that lets you see the whole city. Next to Roppongi Hills is Keyakizaka avenue, the place where you can enjoy incredibly beautiful Christmas lights in winter and spend money in nearby luxury boutiques. For Doraemon fans, there is the Asahi TV building just in two minutes’ proximity from the Roppongi Hills. Similar to Roppongi Hills, Tokyo Midtown is also offering high-end boutiques and restaurants but art lovers will not be disappointed too, thanks to 21_21 Design Sights and Suntory Museum of Art. The place is also great for “Hanami” or Sakura Gazing in late March. 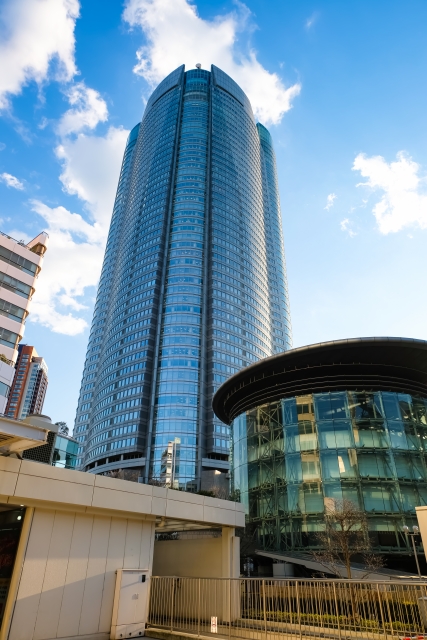 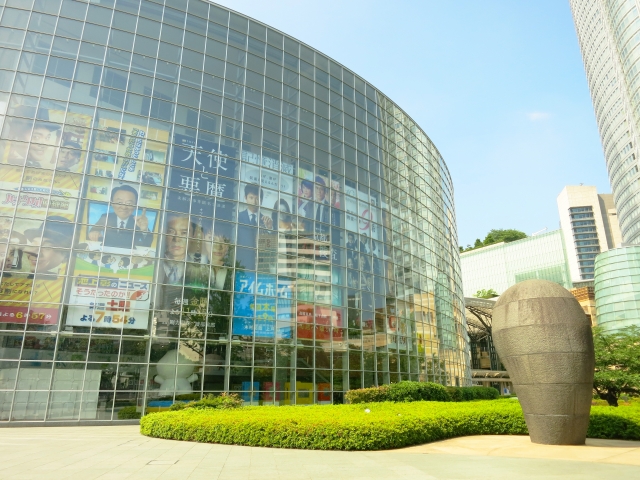 Now for two not so fancy aspects of Roppongi. First, is the kebab restaurants. Do not get me wrong, the food there is often great but the owners can be quite pushy in trying to convince you to visit their restaurants. Also, there aren’t as many kebab places in Roppongi as in Shibuya for example but because of their proximity it feels like a small Turkey in Japan which is I think gives this place a certain charm. Second, is the Nigerian owned bars. Most of them are fine, but you need to keep in mind that there were some accidents like drink-spiking and bill-padding that even the US Embassy has named several bars that its citizens should avoid. Nigerians on the street can also be quite pushy to lure you into their bars/hostess clubs. 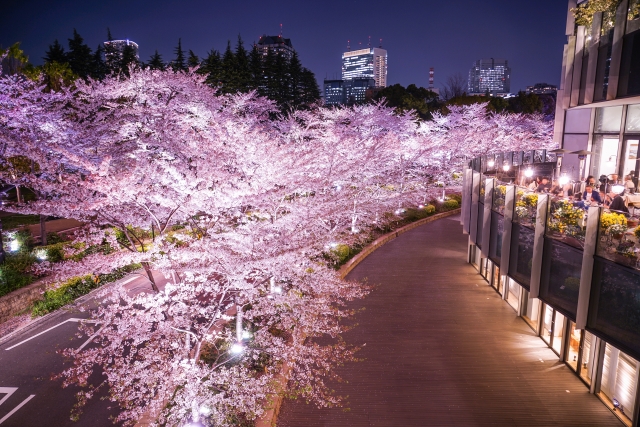 My Favorite Places in Roppongi

In the end, I’d like to mention some of the places in Roppongi that I personally love. I usually spend my Friday evenings there so you can consider me an expert. My all-time favorite place is Rigoletto Roppongi because of the great food and an amazing bar area. It looks classy but the prices are quite reasonable. Another great place is Brew Dog Roppongi a Japanese branch of the famous Scottish beer brewer. Prices are high, but craft beers there worth it. If you are craving Washoku (Japanese cuisine) Honmura An Soba restaurant will not disappoint you. For those who want to work out after hard work Club 360 is a perfect choice.

Now that you know my favorite places feel free to tell me about yours in the comments!