Okinawan cuisine, called Okinawa ryori (沖縄料理) in Japanese, shares many similar traits with traditional mainland Japanese cuisine; however, thanks to its long history of trade with China and the long period of U.S. occupation following the war, Okinawan food has managed to develop an entirely unique taste of its own.

Delve further into the world of Japanese cooking in our guide to Okinawan cuisine!

An Introduction to Okinawan Food

Several years ago, the Okinawan diet came to the forefront of international attention after Okinawa was revealed to have one of the longest life expectancies in the world.

In fact, according to the Ministry of Health, Labor and Welfare, in 2021, Okinawa had 506 centenarians, which is a lot for a population of just 1.5 million (in comparison, Tokyo had 2,935 centenarians for over 13 million people)!

Researchers who have studied Okinawa’s food habits have pinned the islands’ inhabitant’s long lifespans down to their frequent fish and whole grain consumption and the availability of nutrient-rich fruits and vegetables native to Okinawa’s subtropical climate.

This selection of native fruits and vegetables, in combination with the island’s unique international history, has created several delicious and interesting dishes unique to Okinawa that all visitors to Okinawa should try! 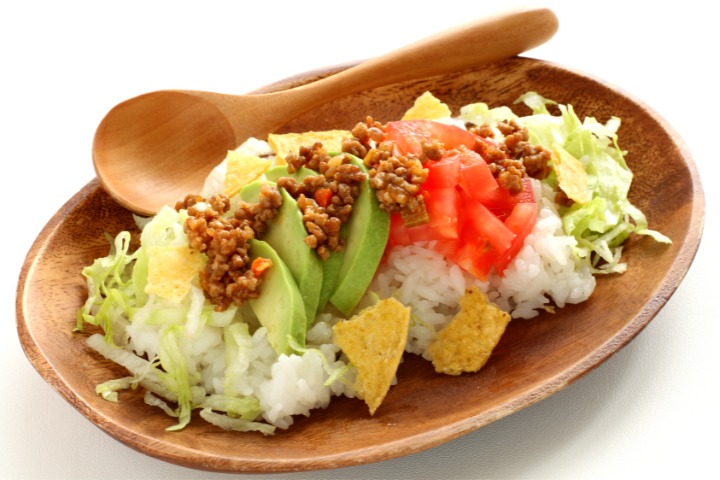 A modern example of Okinawan hybrid cuisine, Taco Rice was created in 1984 by Okinawan chef Matsuzo Gibo as a quick and easy way to feed locally stationed American troops who needed something cheap and filling to eat after a night out on the town.

While at first, Taco Rice was seen as unpalatable by the locals, it gradually grew to become a symbol of Okinawa’s international history.

Although it may sound strange at first, Taco Rice is honestly a delicious mix of Tex-Mex and Japan that you won’t regret trying! 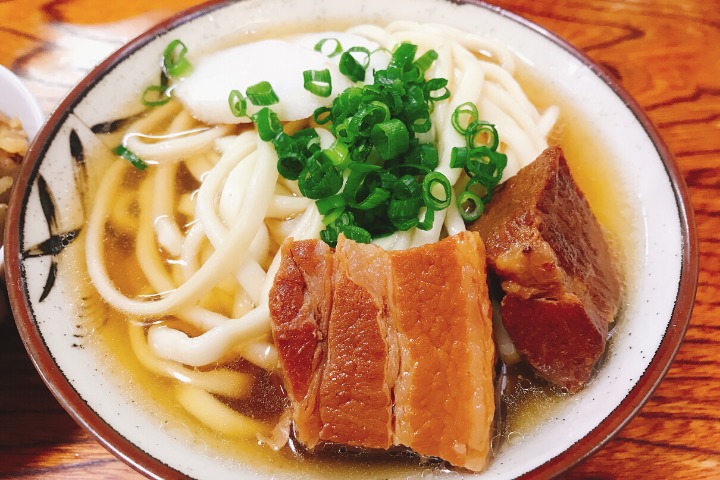 You can’t say you’ve been to Okinawa unless you’ve tried Okinawan Soba in Okinawa. Made using a broth similar to that of mainland Japanese ramen and topped with rafute (pieces of slow-cooked pork shoulder that just fall apart in your mouth), Okinawa Soba is the perfect thing to enjoy during one of Okinawa’s milder months.

Okinawa Soba is often served alongside several side dishes, which usually include the notorious goya (bittermelon) and the very nutritious umi budo (sea grapes), both of which are considered to be super health foods. 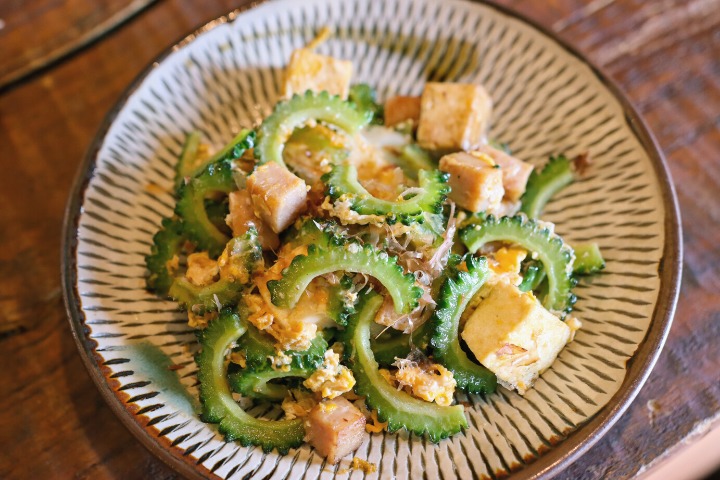 Possibly taking first place for the most bitter vegetable on the planet, goya (bitter melon) is the star of this Okinawan dish. Goya Champuru, which literally translates to goya stir-fry, is (you guessed it) a stir-fry made of a variety of ingredients, most commonly including bean sprouts, egg, some kind of meat (such as spam) and goya, of course.

While Goya Champuru is not my favourite dish because of how bitter it is, not only is it quick and easy to make but bitter melon is packed full of vitamins and is excellent for helping lower blood sugar, which makes Goya Champuru a perfect last-minute meal. 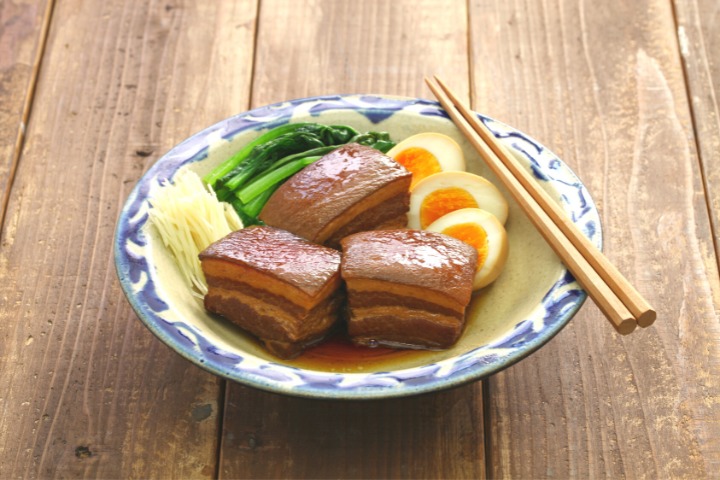 If you’ve ever tried buta no kakuni (豚の角煮), then you probably have an image of what rafute is since both dishes are made in almost the same way using nearly the same ingredients. However, where buta no kakuni is made using skinless pork rib slow-cooked in ginger, spring onion, dashi, sake, soy sauce, mirin and sugar, rafute is made with the skin left on and slow-cooked in ginger, bonito flakes, Okinawan awamori liquor, soy sauce, and Okinawan black sugar.

If you enjoy slow-cooked meat cooked in a sweet and savoury mixture, rafute is the Okinawan dish for you! 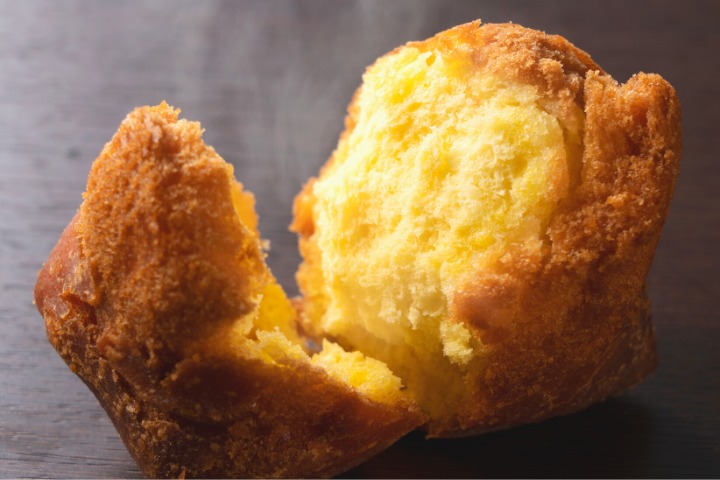 Sata Andagi, or Okinawan doughnuts as they are sometimes called, is one of my favourite Okinawan dishes. Similar in taste and texture to a Jamaican dumpling or African drop doughnut, Sata Andagi is a rather dense fried mixture of cake flour, sugar and egg.

Also popular outside of the Okinawan islands (including in Hawaii, where they’re simply called Andagi), Sata Andagi make the perfect souvenir for visitors to the Okinawan islands, especially since they are thought to bring good luck to those who eat them!

Not only is Okinawa home to rich culinary history but also a unique and vibrant culture, and while there is a lot more to Okinawa than its food, trying Okinawan cuisine is a great place to start.

In this article, we’ve only scratched the surface of Okinawan cuisine, so if you want to learn more, why not get out and start exploring?

What is Goya and How Do You Use it in Recipes?