How many expressions you can think of in terms of food in Japanese? Japan is a country very easily recognised for its peculiar food culture: ramen, sushi, and matcha are the classic Japanese food almost everyone knows. For a culture with such a peculiar cuisine and food culture, it is not surprising that the language is also rich in words and expressions related to food.

Unique Words Related to Food in Japanese You Need to Remember

In today’s article, we are going to present some of the most unique Japanese food-related words. So let’s start widening our vocabulary horizon regarding food in Japanese!

Appreciation for everything involved in the preparation of a meal (chefs, waiters, the food itself, etc.) is an important part of Japanese food culture, and itadakimasu (頂きます) is a perfect way to express gratitude for the food in Japanese. This expression comes from the verb “itadaku” (meaning “to receive”) and it is used to express personal gratitude for receiving the food.

Itadakimasu is used before eating, but the Japanese thank the chef again when the meal is over using the word “gochisosama” (ごちそうさま) or the polite version “gochisosama deshita”, meaning something that in English would be “thank you for the meal” said to who cooked, prepared or offered the meal.

The word “shokkan“, (食感) written with the kanji of “eating” and “feeling”, means “food texture”, and it is used to refer to the particular feeling and impression when we eat certain food in Japanese.

If you have ever embarked on the extenuating journey of studying Japanese, you will have definitely stumbled upon dozens of onomatopeia used to describe sounds, textures, feelings, and – of course – food.

Shittori, (しっとり) literally meaning “dense, moist”, is used to describe a fluffy, moist cake, muffin, or any type of baked good that is not dry on the inside. 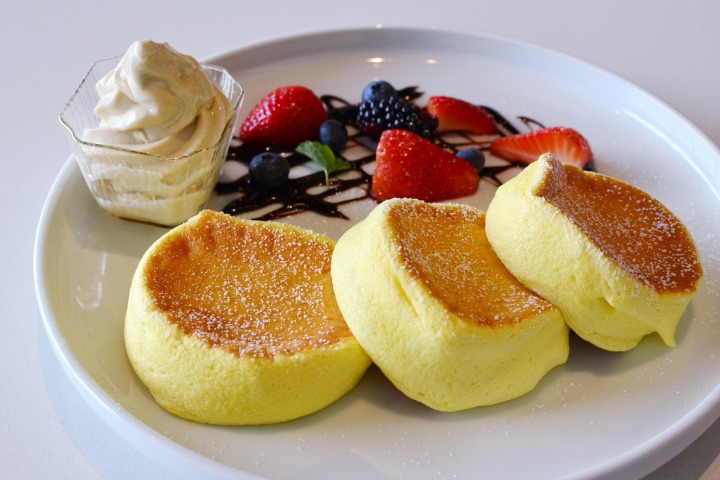 Fuwa fuwa  (ふわふわ) means “fluffy, airy, light”, and it is usually used to describe Japanese pancakes, which are super light, fluffy, and giggly, or very light cakes and soft toast and sliced bread.

Pari pair, (パリパリ) kari kari （カリカリ) and saku saku (サクサク) are similar expressions related to crispiness and crunchiness. The nuances are only slightly different: pari pari is used to describe food in Japanese that is freshly crispy such as chips or freshly made tempura. Kari kari is used very frequently with bacon, and saku saku is used to describe the crunchy texture of freshly baked cookies or the flakiness of pastries.

Toro Toro, (トロトロ) as in “melty” and “creamy” describes a rich, creamy texture such as that of melty grilled cheese, chocolate fondue, or a slow-cooked fatty curry and stew.

Right after “thank you” and “good morning”, two words that cannot be missing in your vocabulary when talking about food in Japanese are “tabehodai” (食べ放題) and “nomihodai” (飲み放題). Japan has a big eating culture, and all-you-can-eat (tabehodai) and all-you-can-drink (nomihodai) deals can be found almost everywhere. The prices are usually a bargain.

“Kuchi sabishii” (口寂しい) literally meaning “lonely mouth”, is a very cute expression that conveys the feeling of needing something to chew on or something in your mouth, like a cigarette, a snack, or chewing gum.

“Hara peko” (腹ペコ) is a word composed of the kanji for “belly” and the word “peko” , short for peko-peko, meaning “hungry”: hungry belly. This is a very informal, almost childish word, often used by small children to say “I am starving” or “I am so hungry”. 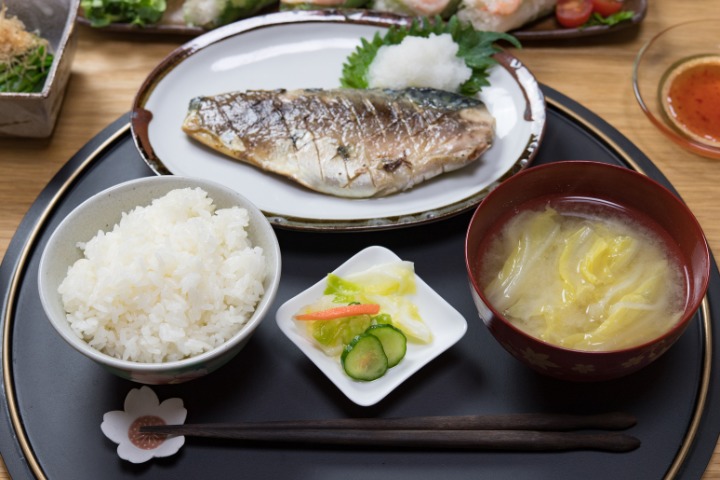 “Okawari” (おかわり) is a very useful word to know when visiting Japan when in restaurants or bars. It literally means “second serving” or “refill”, and while we would probably not say that directly to our waiter in an English-speaking country, it is common to hear the expression “okawari kudasai” (おかわりください), meaning “a refill please” when wanting to order the same thing you have just consumed. It is especially used with rice, when eating a Japanese set meal, or when you order the same drink at the izakaya, the “Japanese pub”.

“Betsu bara” (別腹), literally a “second stomach”, refers to that curious condition of being able to fit in a dessert – or two – after a savory meal no matter how full you are, to the point that some people seem to have a “second stomach” only for dessert. So a very useful vocabulary when you talk about food in Japanese!

“Kuishinbo” (食いしん坊) is a term used to refer to someone who loves to eat and goes around different restaurants to try all the specialities. It is what we can consider the traditional Japanese word for the recent phenomenon of “foodies”. 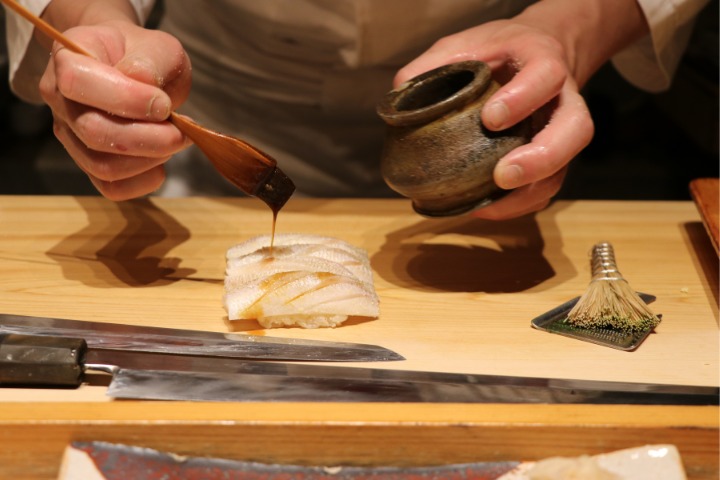 “Omakase” (おまかせ) refers to a carefully selected dish recommended by the chef of a restaurant and has become popular in many parts of the world, especially in the United States. Omakase also means “I leave it to you,” and in Japanese food culture reflects the chef’s ability to create a special menu for customers without having them order. Omakase meals are considered outstanding but can be very expensive, especially in traditional Japanese kaiseki cuisine.

Are you ready to show off some new language skills by mastering these unique words related to food in Japanese?

Where to Grab the Best Donuts in Tokyo